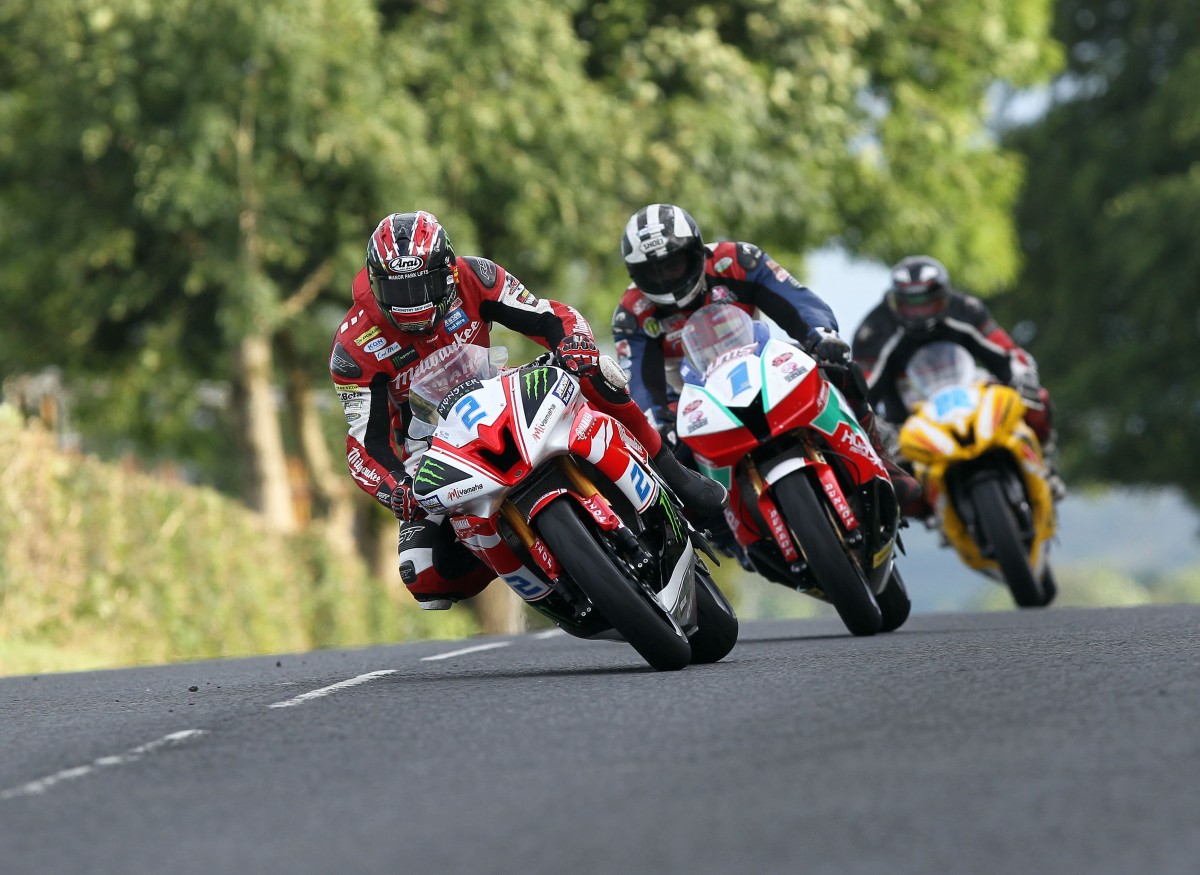 Competition got underway at 2014 Bike Week on Wednesday afternoon as the first qualifying sessions took place ahead of the Plant Lubrication NI Dundrod 150 in association with Valvoline on Thursday and the Metzeler Ulster Grand Prix road races on Saturday.

The morning started with some uncertainty as the paddock awoke to rainy skies over Dundrod, but the clouds soon cleared and the sun emerged as the competitors made their way out on track.

In the superbike class Tyco Suzuki’s Guy Martin recorded the fastest time of the day, posting a 131.75mph lap to reinforce his status as a pre-race favourite, while Michael Dunlop and Bruce Anstey were close behind.

It was the Dunlop brothers who topped the time sheets in the supersport session, with William pipping his younger brother Michael by just 0.015 of a second and Anstey, Lee Johnston and Dean Harrison completing the top five.

Scotsman Keith Amor led the supertwins ahead of last year’s winner Ivan Lintin and Dundrod debutant Glenn Irwin. Irwin, who competes in the British supersport championship was visibly excited after his first competitive laps and he will be aiming for a strong result on race day.

Another newcomer, Peter Hickman, was first in the Dundrod National/Challenge group and boosted his chances of becoming the fastest ever newcomer at the Metzeler Ulster Grand Prix. He finished ahead of Phillip Crowe and Robert Kennedy, while former 125cc GP racer Danny Webb finished 7th on his first visit to Dundrod.

Hickman also recorded second place in the superstock session, finishing just behind Michael Dunlop and ahead of the ever consistent Anstey.

The smaller bikes saw some familiar faces dominate as Christian Elkin topped the Ultra-lightweight machinery and Neil Kernohan was fastest of the lightweights on his 250cc Honda.

All of the classes will be back in action again tomorrow, with roads closing at 9.30am for the first practice sessions and the Plant Lubrication NI Dundrod 150 in association with Valvoline in the afternoon.