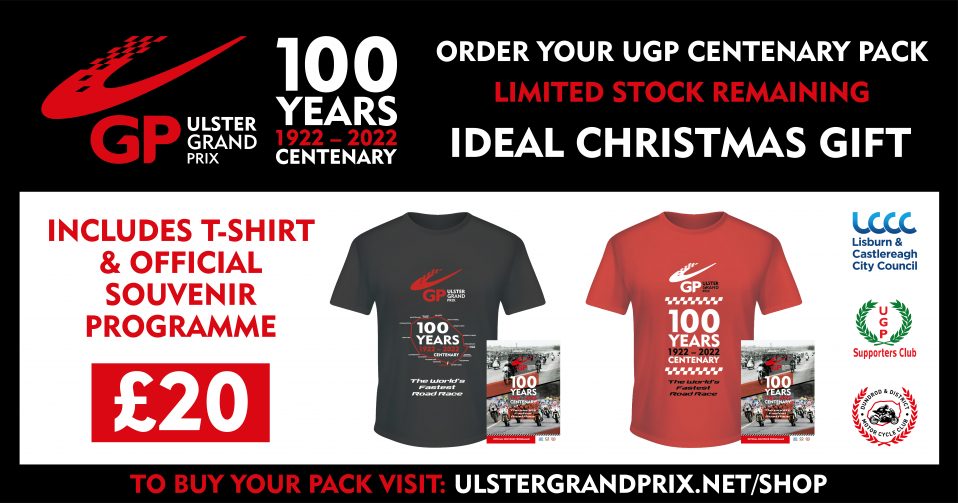 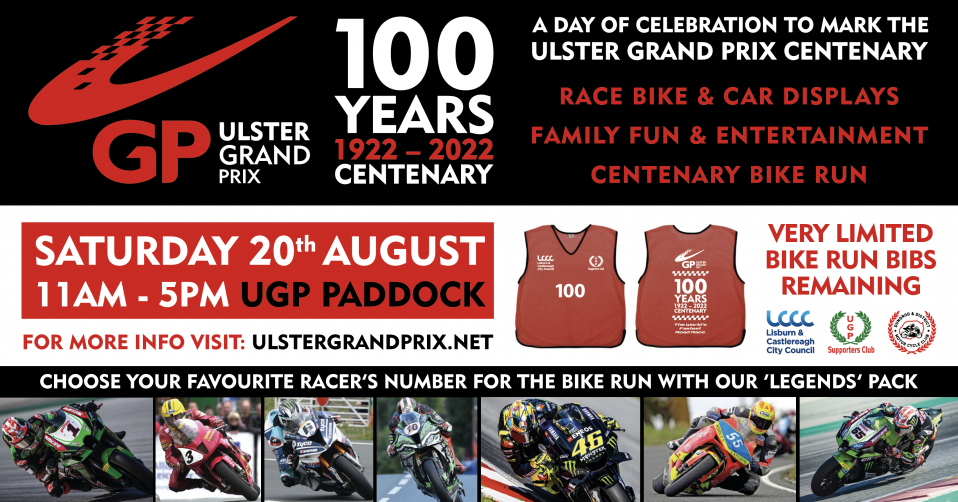 A special day of celebration to mark the centenary of the Ulster Grand Prix motorcycle race will take place at the paddock area of the Dundrod circuit on Saturday, August 20.

Organised by the Ulster Grand Prix Supporters Club and the Dundrod and District Motorcycle Club with the support of Lisburn and Castlereagh City Council, the event will run from 11am until 5pm with free admission.

Bruce Anstey, a 13 times winner at the Ulster, will be joined by BSB and road racing star, Glenn Irwin alongside a line-up of other road racers from past, not least, Ray McCullough BEM, the winner of the last 250cc World Championship race at Dundrod in 1971. There will also be a large collection of classic and racing machinery on display, including at least one machine from every decade of competition at the Ulster.

Also on the day 100 riders will officially have the opportunity to take part in a special ride-out of the 7.4 mile Co. Antrim circuit to mark the occasion, which still retains the title as the World’s Fastest Road racing course.

With lots of family fun and entertainment in the paddock area throughout the day, Saturday August 20 promises to be a great day out for all the family, also an opportunity to reflect on the past and share stories of yester year with the motorbiking family as the grand old race celebrates its 100th birthday.

If you wish to be one of the lucky 100 riders to take part in the ride out, please go to https://ulstergrandprix.net/shop/  to purchase your limited 1 of 100 entry pack. 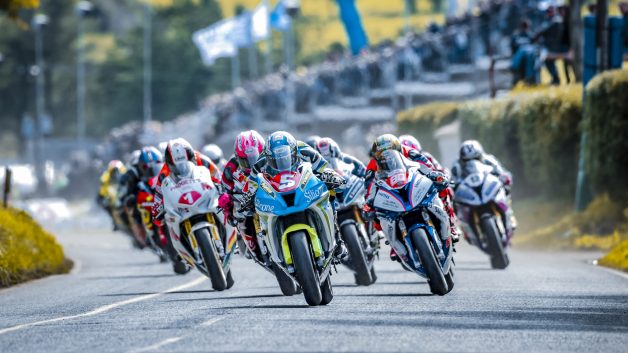 Since the flag dropped on the last running of the Ulster Grand Prix race in August 2019, the organisers of the event, the Dundrod and District Motorcycle Club, have been working to resolve the financial difficulties suffered during that season.

The effect of Coronavirus and the restrictions aimed at controlling the pandemic have hindered the process but significant progress has now been made with the Dundrod and District Motorcycle Club Limited entering a Company Voluntary Arrangement with its creditors.

The Club would like to thank everyone involved for their understanding of the circumstances that led to the event’s unprecedented financial difficulties and their co-operation in helping resolve this difficult situation.

The financial problems, plus the effects of Coronavirus, meant the race did not take place in 2020 and the event will not happen during this year either.

Despite these setbacks, the Dundrod club remains committed to resurrecting the event. Conversations have already taken place with public and commercial groups who share a similar aim and more discussions are planned.

This work will continue throughout the coming months in the hope of celebrating the centenary of the world‘s fastest road race with a return to action at Dundrod in 2022.

It is with great regret the organisers of the Ulster Grand Prix, the Dundrod and District Motorcycle Club, must announce the race will not take place in 2020.

END_OF_DOCUMENT_TOKEN_TO_BE_REPLACED

The 2019 Ulster Grand Prix race week began in a blaze of glory as Peter Hickman set a new lap record speed of 136.415mph that brought the ‘World’s Fastest Road Race’ title back to the Dundrod circuit. END_OF_DOCUMENT_TOKEN_TO_BE_REPLACED

END_OF_DOCUMENT_TOKEN_TO_BE_REPLACED

In September 2016 the organisers of the Ulster Grand Prix made an application to the then Northern Ireland Sports Minister, Paul Givan MLA, for funding to carry out improvements at the Dundrod circuit. END_OF_DOCUMENT_TOKEN_TO_BE_REPLACED