Anstey reigns at Dundrod 150 with victory in Superbike race 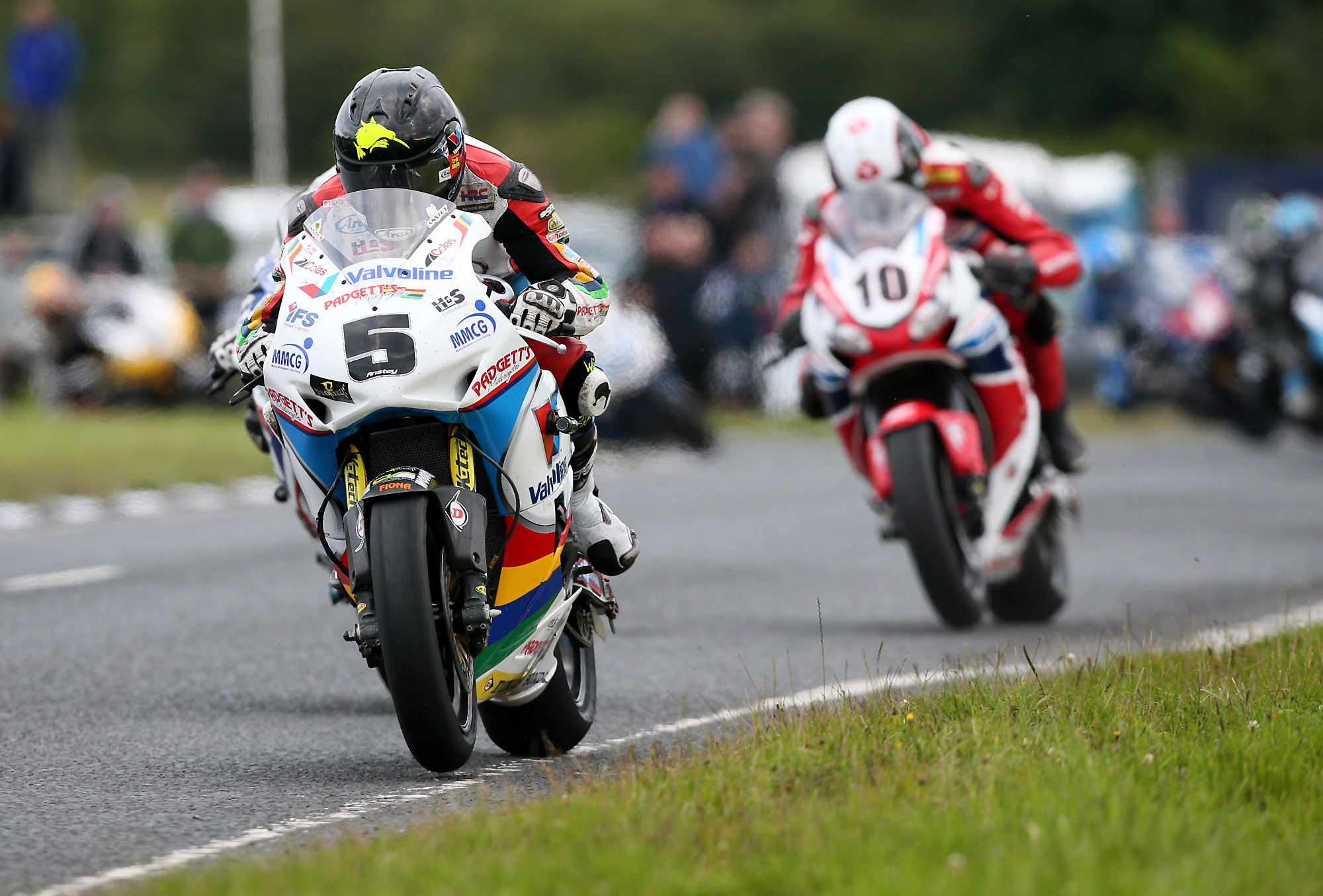 Anstey reigns at Dundrod 150 with victory in Superbike race

The Padgett’s rider finished a comfortable 4.78 seconds ahead of Connor Cummins and Peter Hickman, who put in an impressive performance on the Briggs Equipment BMW.

At the start it was Ian Hutchinson who had taken an early lead, before surrendering the position to Guy Martin when he was forced to retire his PBM Kawasaki with a broken gear linkage.

The order then remained unchanged until lap six, when race leader Martin crashed out of the race at Ireland’s, causing the race to be red flagged. The Tyco rider was unhurt, but the incident brought racing to a close for the day as light began to fade.

Race winner Anstey said: “Guy was flying. I was having a good run with him and I was going to give it a go on the last lap.

“I knew where he was faster than me and where I was slow, but then he was just on the gas a bit too early and he just high sided off, so it was a bit of a shame. It was a really good race up to then, I was really enjoying it.”

Second placed Cummins, who missed the event last year through injury, was pleased to return to the podium at Dundrod.

Cummins said: “I’m happy to be on the podium again and I was chuffed with the way the Honda is working around the course today. It’s a big credit to the team and I can’t wait to get going for Saturday. We’ll have a good rest and see if we can get to number one.”

Qualifying for all classes took place earlier in the day, ahead of Saturday’s Metzeler Ulster Grand Prix.

Guy Martin took pole for Saturday’s Superbike races, ahead of Anstey and Hutchinson, with a 132.235mph lap.

Lee Johnston set the pace in the Supersport session, leading Anstey and Martin on his 675 Triumph. The trio were closely followed by William Dunlop and Keith Amor.

In the Supertwins, Glenn Irwin’s 117.994mph lap put him ahead of two-time winner Ivan Lintin, James Cowton and Daniel Cooper.

In the Ultralightweight class, Christian Elkin continued to set the pace, taking pole ahead of Adam McClean and Paul Jordan, while Sam Wilson’s 250cc Honda led Neil Kernohan and Paul Robinson in the Lightweights.

Roads will close at 9.30am on Saturday, and a full programme of racing is scheduled to take place.