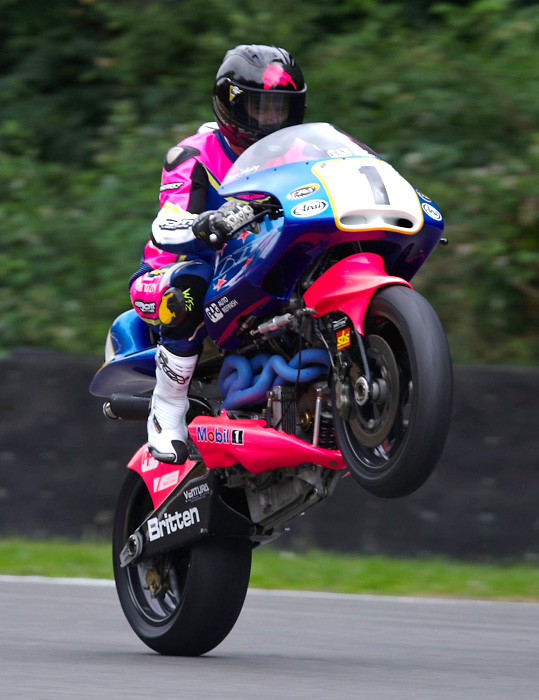 The Dundrod and District Motorcycle Club has confirmed that Kiwi rider Bruce Anstey will parade his native country’s most iconic bike, the Britten V1000, during this August’s Metzeler Ulster Grand Prix.

The legendary bike, which was designed by visionary engineer John Britten in the early 1990s, is one of only 10 in existence around the world and is a much sought-after collectors item. One is even displayed in the Guggenheim Museum’s ‘Art of the Motorcycle’ exhibition.

Many see it as testament to John Britten’s brilliant mind that one of the world’s most mechanically advanced motorcycles was made in New Zealand and not Japan or Europe.

Bruce Anstey said: “To get the opportunity to ride this fantastic machine around Dundrod, where I hold the lap record means the world to me.”

The bike was designed from the ground up, and is host to multiple innovations including extensive use of carbon fibre, a radiator that is located under the seat, double wishbone front suspension, a frameless chassis and engine data logging.

Once perfected, the V1000, John Britten’s labour of love, was extremely difficult to beat, quickly earning a reputation as the fastest four stroke motorbike in the world.

“Bruce has been a great ambassador for road racing and I knew he would enjoy a lap around Dundrod. The parade lap will take place between races on Saturday 17th August.

“The bike will also be on display in the paddock area in the evening of Friday 16th August,” Noel added.