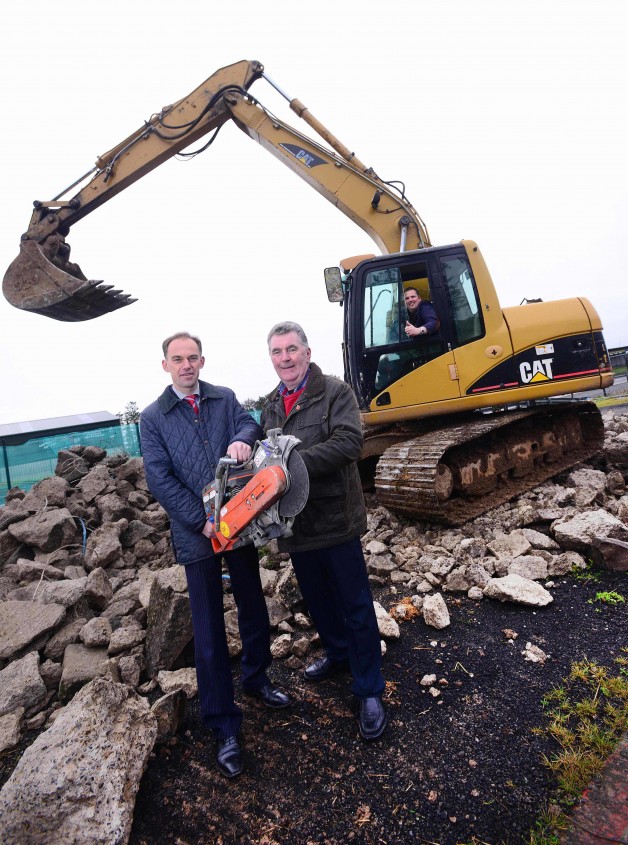 The Dundrod & District Motorcycle Club (DDMC) has announced that construction work has officially begun on the new ‘David Wood Ulster Grand Prix House’ in the paddock at Dundrod, named after the well known road racer and team manager.

In a ceremony on Tuesday, 16th December, first ground was broken on the project that is to become the future home for the Ulster Grand Prix race office and will also be used for meeting rooms and commentator posts.