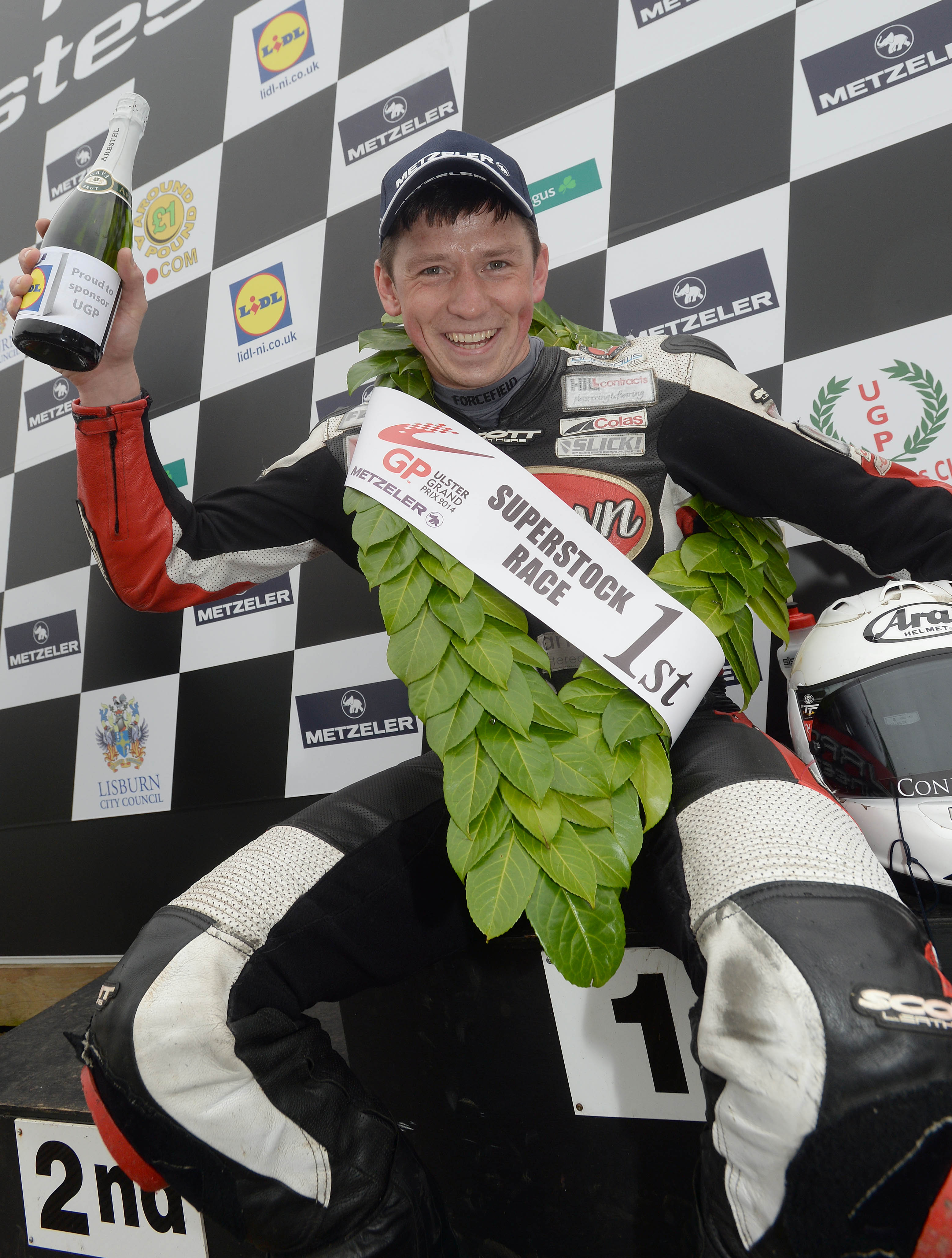 Dan Kneen won his maiden international road race with a last-gasp victory in the Superstock race at the Metzeler Ulster Grand Prix.

The Manx rider, who has excelled this season after joining Northern Ireland team Cookstown B.E. Racing, narrowly came out on top in a race-long battle with top English racer Dean Harrison and Kiwi Bruce Anstey.

Kneen’s winning margin at the line was only 1000th of a second as the 27-year-old celebrated victory in one of the closest ever races witnessed at the 7.4-mile Dundrod circuit.

The race was held over five laps after being stopped initially on lap two as rain began to fall.

Kneen, Harrison on the RC Express Kawasaki and Valvoline Padgetts Honda rider Anstey broke away from the chasing pack as they fought tooth and nail on the drying course.

The lead changed hands on countless occasions, but it was Kneen who managed to get a slight break on the drive to the line to take victory over Bradford man Harrison.

Anstey claimed the final place on the podium but the experienced New Zealand rider was unaware that he was on his final lap and therefore blew his chance of challenging for the win.

Crumlin’s Stephen Thompson was a terrific fourth on the Bathams BMW, with newcomer Peter Hickman from Louth on the Ice Valley BMW and Tyco Suzuki’s Guy Martin the top six.

Pole man Michael Dunlop had worked his way up to fourth place after a poor start on his MD Racing BMW, but retired from the race at the end of lap three.

Fermanagh’s Lee Johnston was also a retirement on the Pirtek Honda.