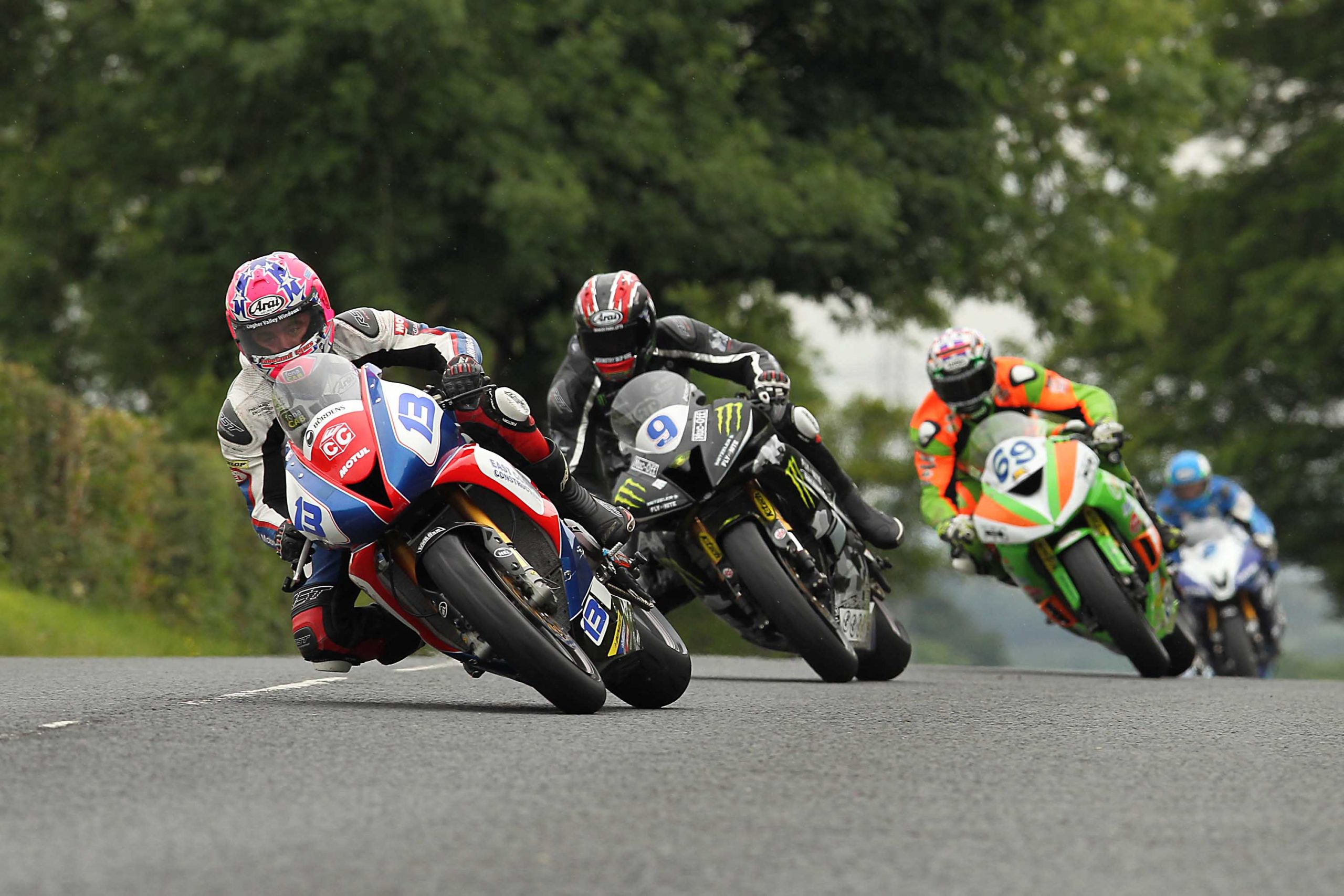 The Dundrod & District Motorcycle Club has announced that Bike Week at the 2016 Ulster Grand Prix will take place from the 8th – 13th August.

Returning to the famous Dundrod circuit for the 63rd year, the main events will be practice sessions on Wednesday 10th August, the Dundrod 150 National races on Thursday 11th August and the International Ulster Grand Prix on Saturday 13th August, while there will also be a host of entertainment and activities on offer throughout the week.

The 2015 meeting saw Fermanagh racer Lee Johnston take three wins on his way to the overall man of the meeting crown, while British Superbike Star Peter Hickman also scored his maiden international road race win in the final race of the day.

The evergreen Bruce Anstey continued his impressive record on the roads with yet another Superbike win, while in the Supertwin class Derek McGee took a popular victory.

A stellar line up that included Michael Dunlop, William Dunlop, Ian Hutchinson, Dean Harrison and Glenn Irwin battled it out around the 7.4 mile Dundrod circuit, but once again no one was able to better Bruce Anstey’s 133.977mph lap record from 2010.

Noel Johnston, Clerk of the Course at the Ulster Grand Prix said: “As this year’s racing season draws to a close it’s great to be able to confirm dates for Bike Week 2016. We’ve already had a lot of enquiries from riders and fans hopefully this will help them to plan ahead.

“We’ve planned the racing to accommodate the British Superbike championship and that’s something that’s become increasingly important for us. More and more riders are coming to Dundrod and switching from short circuits for the roads, so we want to avoid any conflicting schedules.

“One thing is for sure, by the time Bike Week comes around we will once again have a host of top names on the grid and some close racing on track.”

The 2016 dates announced today are subject to formal agreement by the Motor Cycle Union of Ireland (MCUI) which will be confirmed at their upcoming inter centre conference.