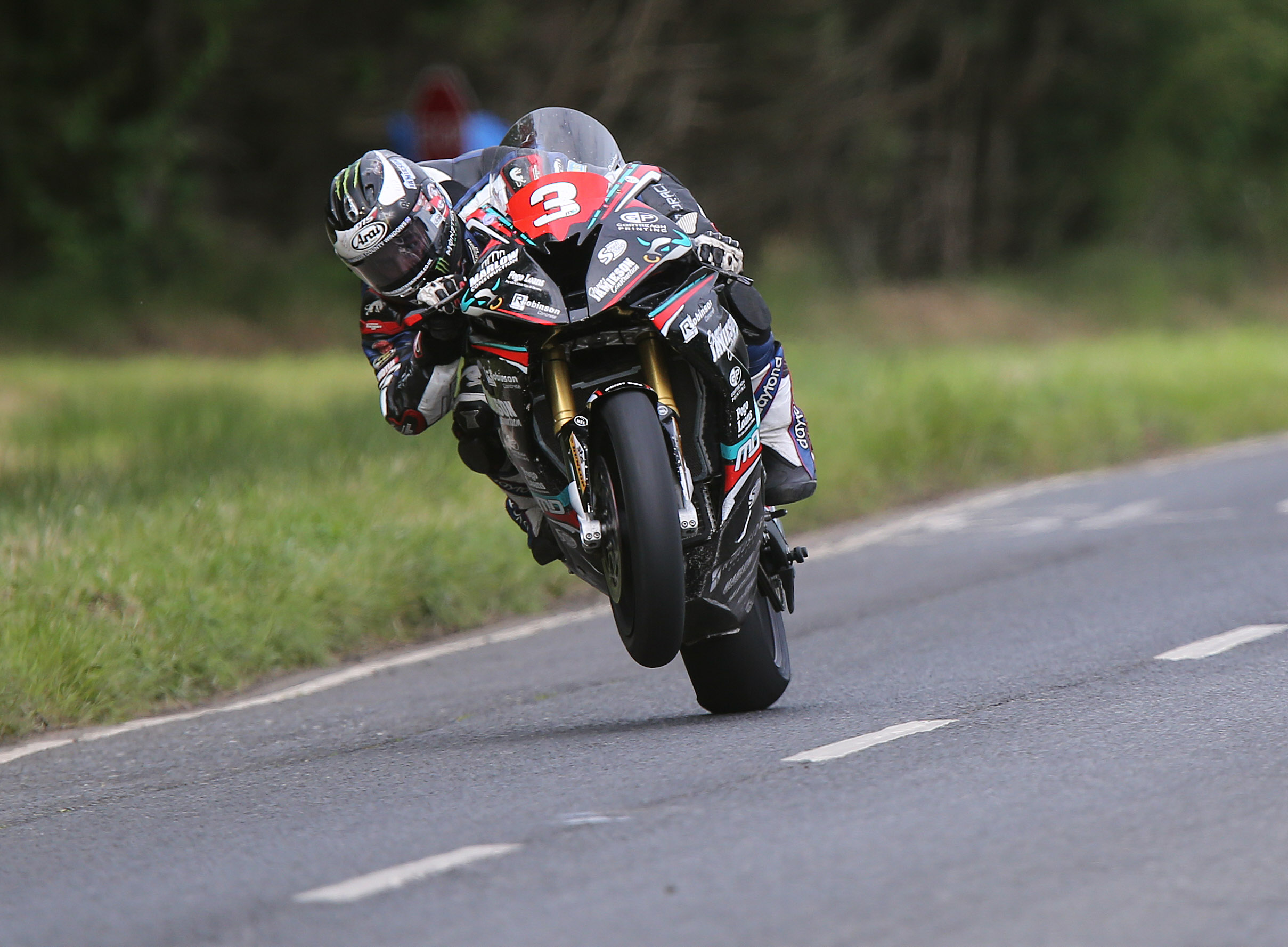 Michael Dunlop is aiming to add another record to his impressive list of achievements in 2016 as practice gets under way at the MCE Insurance Ulster Grand Prix.

The Ballymoney ace arrives at Dundrod in fine form, having dominated the Superbike class this year with wins at the Isle of Man TT, alongside victories at the North West 200, Southern 100 and Armoy.

and as the first bikes take to the track at Dundrod, Dunlop is quietly

Dunlop said: “I’ve had a good year already with wins in the big bike races at the internationals so I’m happy enough.

“If you look at my times at the TT I could have done a 134mph, but Dundrod is the place where we really need to step it up now. For sure the wind and the tyres will be big things, but we’re supposed to be in for a good turn in the weather and the track is looking really good so we should be alright.”

The 27 year-old already has seven wins to his name at the MCE Ulster Grand Prix but the one accolade that eludes him is the lap record. Close rival Bruce Anstey remains the world’s fastest road racer with his 133.977mph lap at Dundrod in 2010, but Dunlop insists his primary focus will be on finding a strong set-up for the race.

“The big bike is good. We’ve had a couple of problems with the other two but we should have them sorted easily enough.

“We just need to work with what we’ve got here and try to make a good package for Saturday. I want to be right for Saturday’s race, that’s the big one.”

When asked about his hopes for the new Superpole session however, which takes place on Thursday ahead of the Plant Lubrication NI Dundrod 150 with the top 10 riders from Superbike practice battling it out with individual flying laps, Dunlop remained coy.

“We’re not worrying about Superpole just yet, we need to make the top 10 first and then we’ll take it from there.”

Noel Johnston, Clerk of the Course at the MCE Ulster Grand Prix said: “Michael’s form this year has been nothing short of sensational and I think a lot of people are really looking forward to seeing what brings to Dundrod.

“He’s been the man to beat all season on the superbike and I’d be really surprised if he’s not in contention for a win on the big bike,” he said.