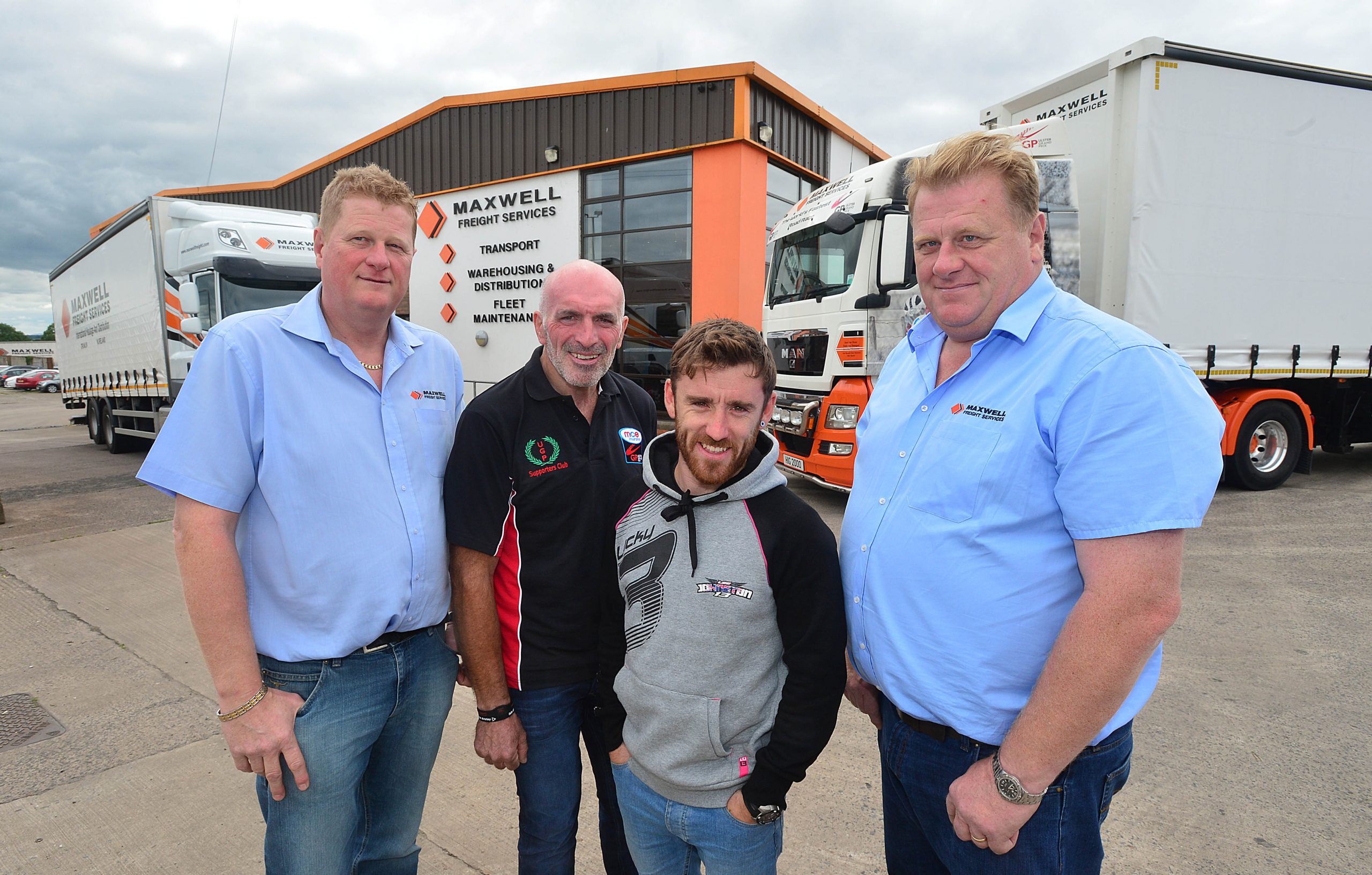 The 2015 Man of the Meeting at the MCE Insurance Ulster Grand Prix, East Coast Racing’s Lee Johnston knows expectations are high for his performance at Dundrod this August.

The Fermanagh rider, who is regarded as one of the brightest talents in real road racing, won a hat trick of races at last year’s event; taking home wins in the opening Superstock and both Supersport classes, as well as setting a new Supersport lap record at 128.913 mph.

Johnston isn’t complacent about his chances of repeat success however, admitting that while he’s upping his game, so are his main competitors.

“2015 was a breakthrough year for me, a podium at the TT and a hat trick of wins at Dundrod. It’s hard to get two good years in a row though and I’ve had a bit of bad luck this year, particularly at the TT and the crash at Scarborough held me back too. That’s behind us now though, and I’m buzzing about getting to Dundrod to see what we can do.

“I won the Superstock race last year by less than a tenth of a second, followed by another hard fought win in the opening Supersport race ahead of William Dunlop. Those tight battles and mass start part of the appeal, that close racing is so good for the fans too, it seems to mean they automatically like you as a racer.

“I don’t choose for the races to be tight though, I’d rather win by 10 seconds and have no stress on the last lap but I think it’s just that type of track with all the big slipstreaming going on and the good battles down the last two or three corners.

“I’m under no illusions about what it’ll take to get onto the podium this year. Look at Michael, Hutchy and Dean at the TT, they were on awesome form. You’d nearly bet your house if the weather is good at Dundrod that the lap record will go again and it really could be anyone that does it. I’ll be in the mix and trying my best.

“If I could do what I did last year I’d be a happy man, to win another three at the Ulster would be absolutely unbelievable. I just need to be near the front and competitive, I want to win,” said Lee.

Asked about the introduction of the Superpole qualifying session at this year’s MCE Ulster Grand Prix and whether it will suit his style, Johnston said he was looking forward to it.

“I’m not sure how it will suit me, it’s a bit of an unknown. The good thing is that you’re not going to hit any traffic out there, which probably leaves it a little bit safer for some of the front guys. In qualifying when you come up behind people it can ruin a lap – it’s not their fault – everyone’s out there trying to do their own thing but it’s the way it is. There will be no excuses with Superpole – if you mess up it’s no-one’s fault but your own.”

Johnston added: “I don’t shy away from saying the Ulster is my favourite track of the year, I just really enjoy being there.”

Lee’s comments came as he helped his personal sponsor Maxwell Freight Services, one of the UK’s leading freight and haulage firms, launch another year of race sponsorship at the MCE UGP.

Tommy Maxwell said: “As a locally owned business we’re very proud to support this fantastic event on our doorstep. Most folk around here know what my brother Terry and I love road racing and have supported the sport in various ways for years.

“In 2016 we took the decision to sponsor three great local guys; Lee Johnston, William Dunlop and Glenn Irwin. We were chuffed to see Glenn reach the podium for the first time at Thruxton in July, it’s a shame he won’t be at Dundrod this year but we’ll be supporting Lee and William every step of the way in their bid for glory at the world’s fastest road race,” he added.

Clerk of the Course at the MCE Insurance Ulster Grand Prix Noel Johnston said: “Lee has quickly become a real fan favourite at Dundrod, the circuit suits him and his style of riding.

“He’s clearly got a great relationship with the team and the guys at East Coast Construction, and the familiarity with the people and the bikes is a massive bonus for Lee too. He was last year’s Jamieson Construction Man of the Meeting and it remains to be seen whether he’ll be able to do the double, the field is wide open at this stage.” 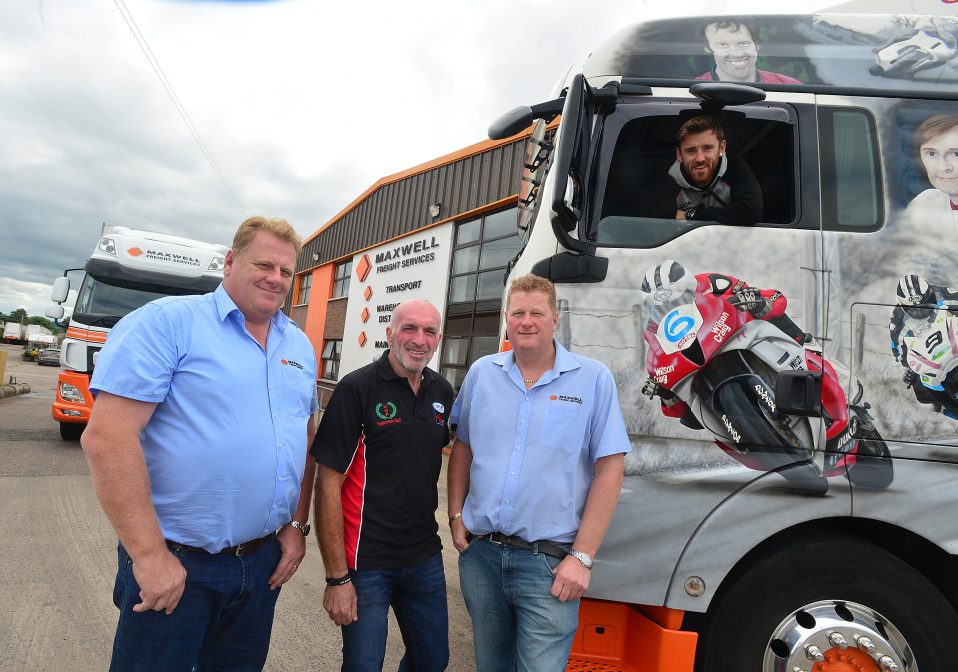 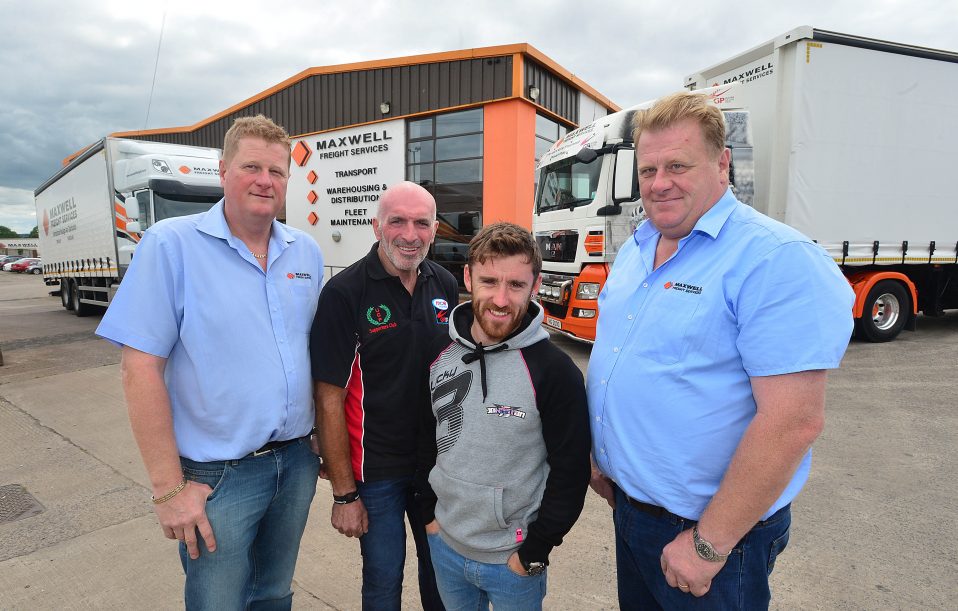 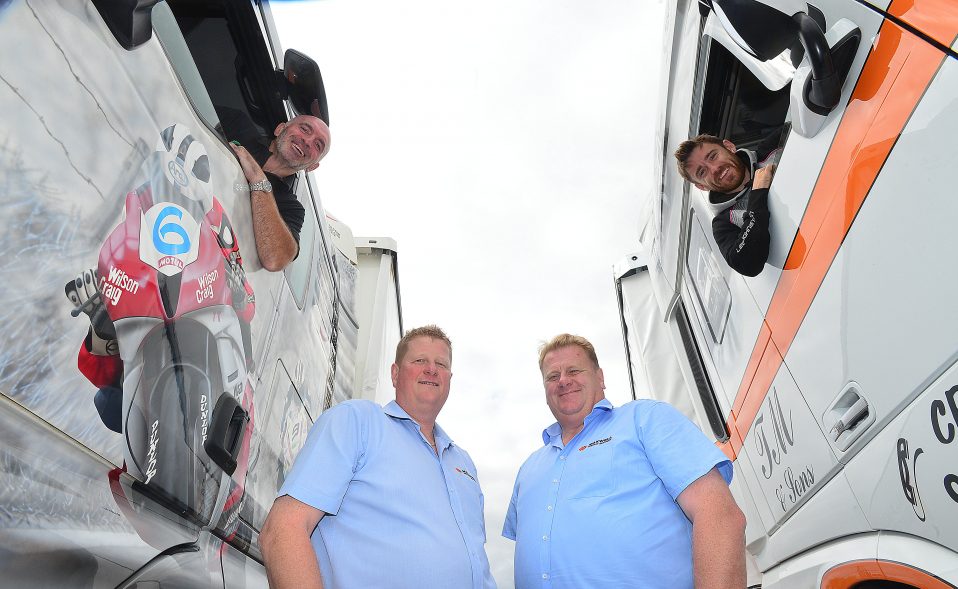