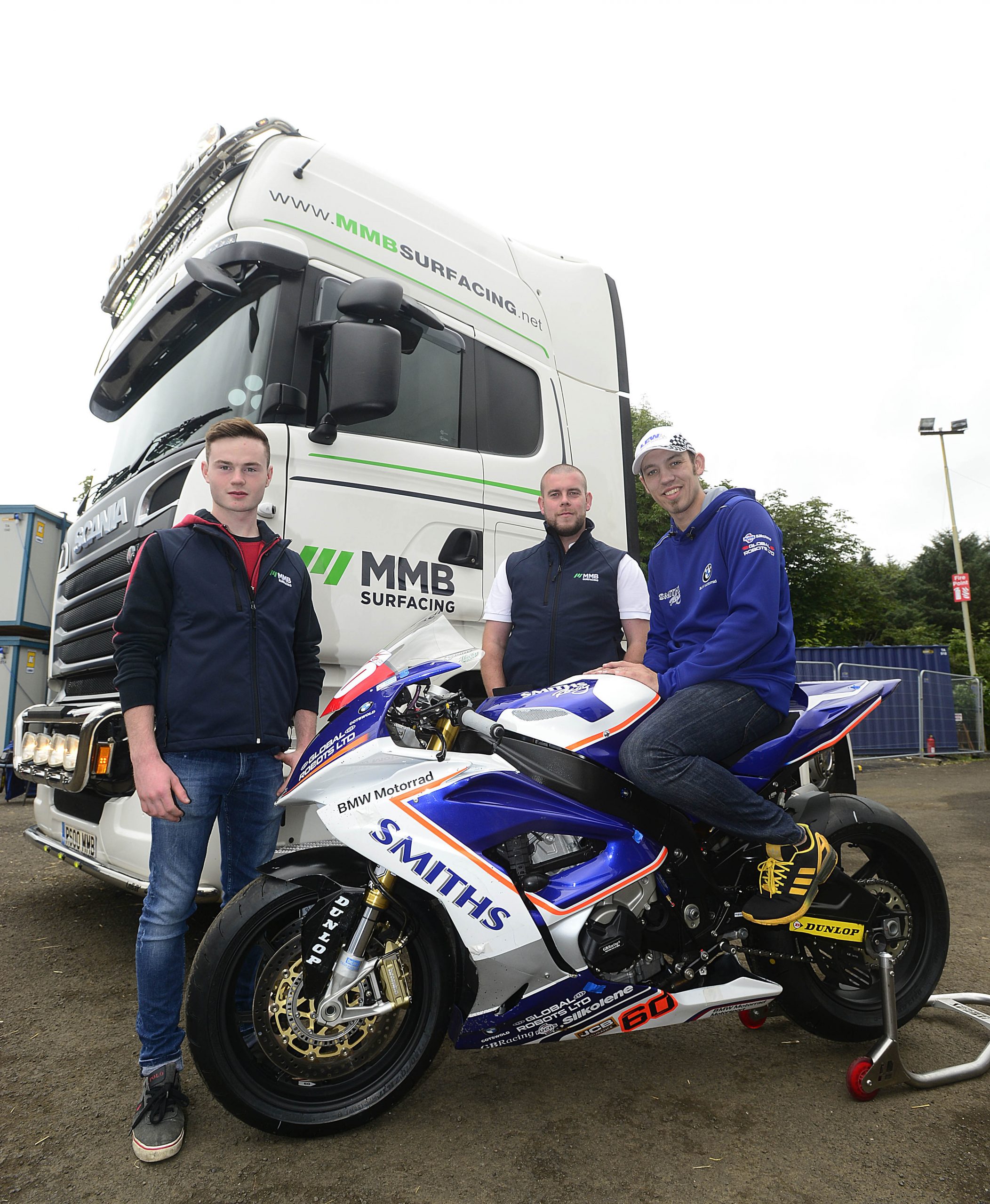 Peter Hickman says he’s feeling confident ahead of Saturday’s MCE Ulster Grand Prix, but that he expects some close racing in all three of his classes.

The Smiths Racing star has been a dominant force at Dundrod this year, claiming provisional pole for Saturday’s Superbike races, pole for the Superstock and Supersport outings, and setting a new outright lap record on his way to winning the feature Dundrod 150 Topaz Airport Road Superbike race.

“Everything has been going good. The Smiths BMW has been working really well, and it’s been mega all week. I can’t complain,” Hickman said.

“I’m feeling confident going into Saturday but qualifying and practice are one thing and then racing is another, so you never really know what’s going to happen.

“Nobody is that far behind, it’s not like we’re miles in front. The pole on stock and Superbike are by like 0.1 of a second so we’re not running away with everything, as much as it might seem that way sometimes. It’s all close, the boys will keep me honest and I’m looking forward to a bit of a battle. We want some real good racing for everyone to enjoy and fingers crossed we still come out on top.”

When asked if there were any mechanical changes planned ahead of Saturday, the 30 year-old said there wasn’t much the team needed to do: “Not even a click. We’ll kick the tyres a bit and put some fuel in and we’re good to go.”

He also reflected on breaking Ian Hutchinson’s outright record around Dundrod with a 132.210mph lap on his Smiths BMW Superbike.

“Track conditions were really good on both Wednesday and Thursday so we got some good practice in. Everything just worked out and then in the race I was really happy. I knew I needed to try and get away but it’s difficult to do that at Dundrod.

“The slipstream means even if you are half a second or a second faster than someone they can make it all back on the straights. I got a good start and didn’t really see anyone all race.

“I just wanted to put my head down for the first couple of laps and then we managed to break the lap record, but by that point I think we had a three second gap so I just backed off a little and managed the race from there. Laps three and four were fast so I thought if anyone comes with me then fair play, we’ll have a race on our hands.”

Hickman’s comments came as MMB Surfacing were confirmed as the official sponsors of the opening Superbike race at the MCE Ulster Grand Prix, a company which itself has a strong racing connection.

The business is owned by former Grand Prix racer Eugene McManus and his
brother Danny, and Eugene’s son Eugene Jr is also an up and coming star in
the British Motostar championship.

Discussing his season so far, Hickman and his prospects for 2018, McManus
Jr said: “I’ve had a good year so far, I’m fourth in the championship and I
came close to a win at Thruxton at the weekend. I thought it was going to
come but hopefully we can get that first win this season. We’re taking it one
step at a time and then we’ll decide on the plan for next year.

The E15 / RS Racing rider added that Hickman is one of the riders he aspires
to in the MCE British Superbike Championship: “He’s does a great all-round
job and he’s one of those riders that’s getting faster and faster. He’s been
amazing around Dundrod this week.”