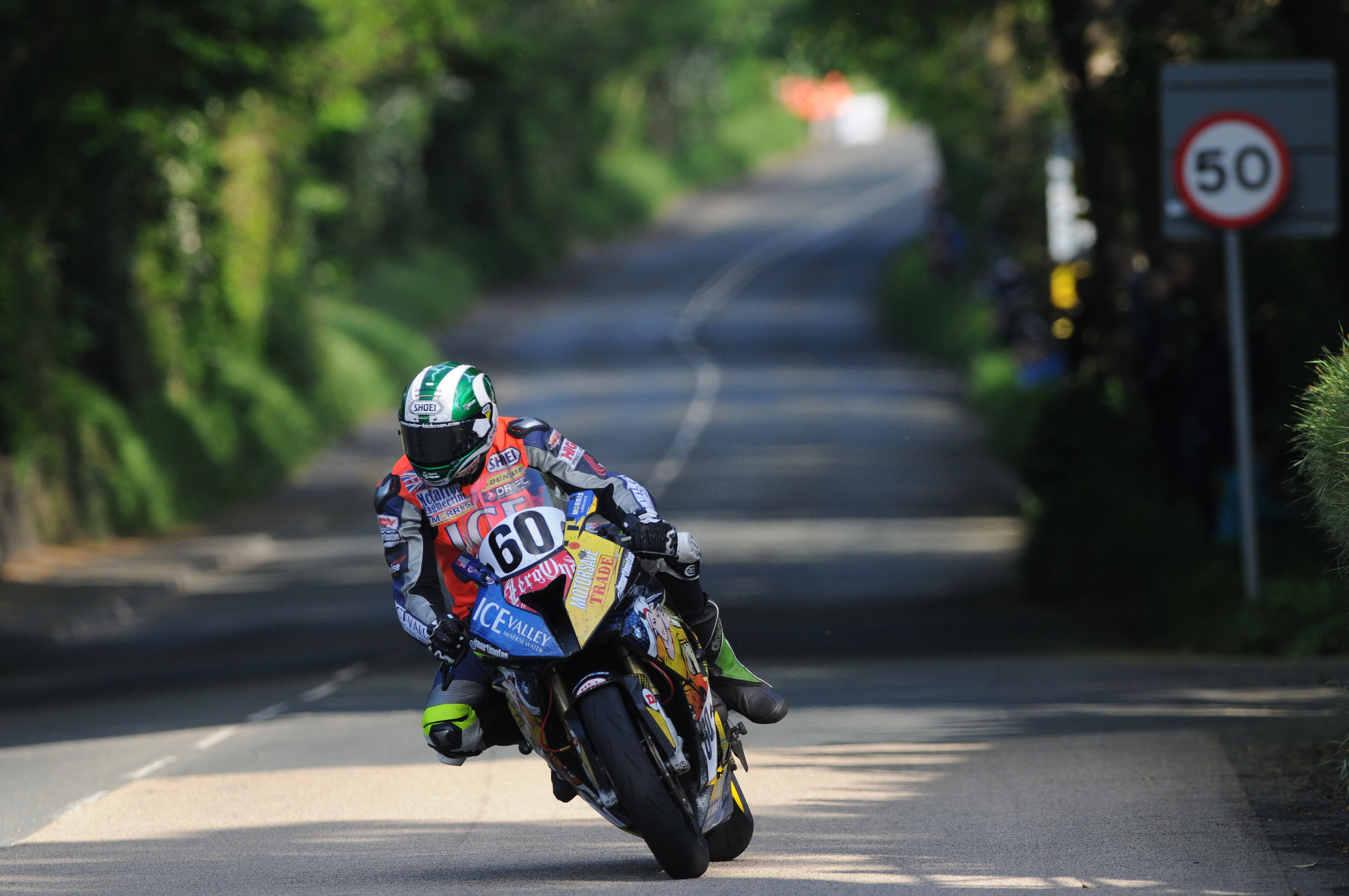 Fresh from his sensational debut performances at the Isle of Man TT and North West 200 road races, Peter Hickman will continue his partnership with the Ice Valley by Motorsave Trade team at the Ulster and Macau Grands Prix, where he will again be making his first appearances.

Riding for fellow racer Paul Shoesmith’s team, Hickman has been a revelation in his first season on the roads, taking the Superstock BMW S1000R to the fastest ever lap by a newcomer at the TT. His speed of 129.104mph helped him on his way to 11th place in the Senior and also become the 19th fastest rider in the history of the event whilst earlier in the week he took a brilliant eighth in the Superstock race, as well as 14th in the opening Superstock encounter.

At the earlier North West 200 meeting, the Lincolnshire rider was again in fine form taking four top twenty finishes, the highlight being ninth place in Thursday evening’s Superstock race. His fastest lap of the week was a more than impressive 118.589mph.

For this month’s Ulster Grand Prix, held at Dundrod from August 13-16, Hickman will campaign the same Superstock BMW he’s ridden all season, albeit with an all-new, eye-catching Ulster GP themed livery, and will then head east in November for the Macau Grand Prix.

Peter Hickman: “After the TT, I thought the only other road race I’d do this year would be Macau but the UGP organisers pushed for me to make my debut and they’ve put together a deal for Shoey and the team and I’m really looking forward to it. I’ve been over to have a look at the circuit, and have another two-day trip planned for next week, and with it being fast and flowing, it should suit my style. I’ve really enjoyed the roads this year and Shoey and the Ice Valley boys are a great bunch, so it’ll be nice to get back out there and I can’t wait to get cracking. Obviously, I’m back in short circuit action now as well with the RAF Reserves team so it will be interesting to see how I adapt but I’ll approach it in the same way as the NW200 and TT and look to enjoy myself.”

Paul Shoesmith, Team Owner: “I’m delighted to have Peter riding for the team at the Ulster and Macau GP’s and if his performances so far this season are anything to go by, we’re all in for a treat. Having already been the best newcomer at the TT and NW200, it would be brilliant if he could complete the set and do the same at the Ulster and Macau but, most of all, we want him to have two safe meetings and enjoy himself. His attitude and application this season has been impeccable and he’s been a joy to work with so we’re all looking forward to the next batch of International road races.”