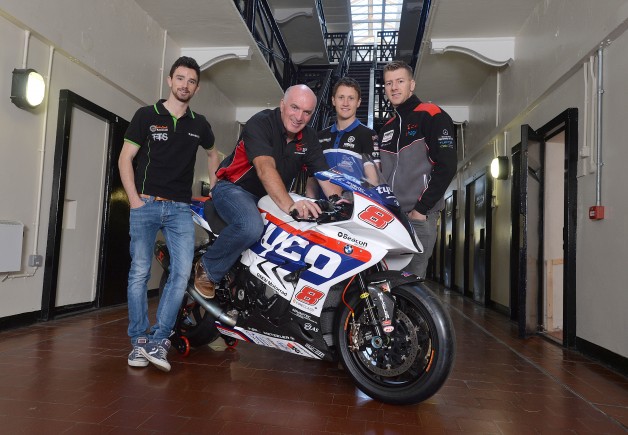 Pictured at the Gaol is Glenn Irwin, Noel Johnston, Clerk of the Course at the Metzeler Ulster Grand Prix, Dean Harrison and Ian Hutchinson.