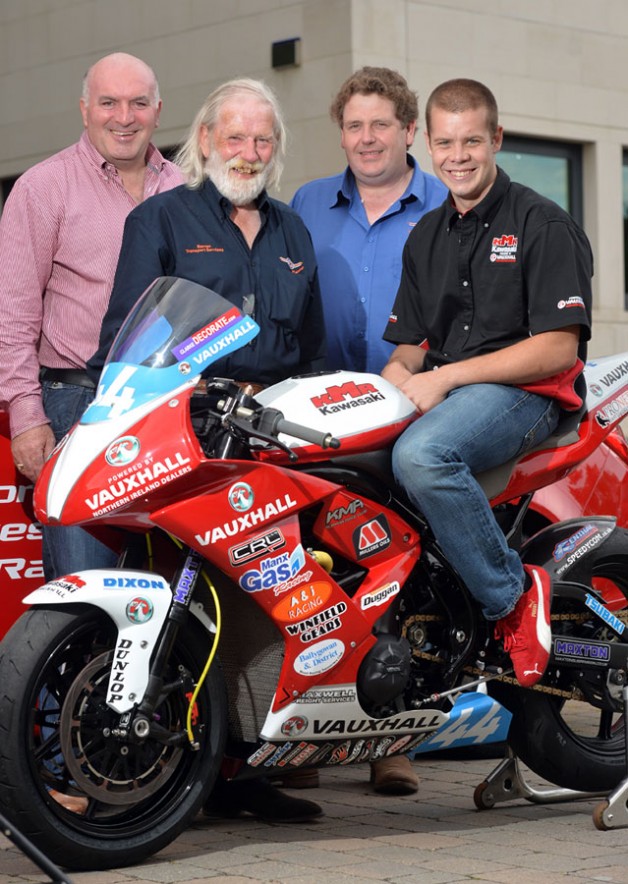 Billy and William Barron from Barron Transport with Jamie Hamilton and Noel Johnston, Clerk of the Course

Barron Transport Services is a wholly owned family run business founded in 1970 by Billy Barron. In the 1980’s his wife Allison joined the company followed in the 1990’s by their two sons William and Alastair. There are currently 35 employees working in the company and they are located 1 mile from Belfast International Airport on the Dublin road.

Whilst B.T.S Racing are having a break from competing at the moment whilst further developing the Transport Business, they have not ruled out a return to the paddock in the future and they wish the Organisers, Riders and all associates of the UGP a very safe and successful weeks racing.