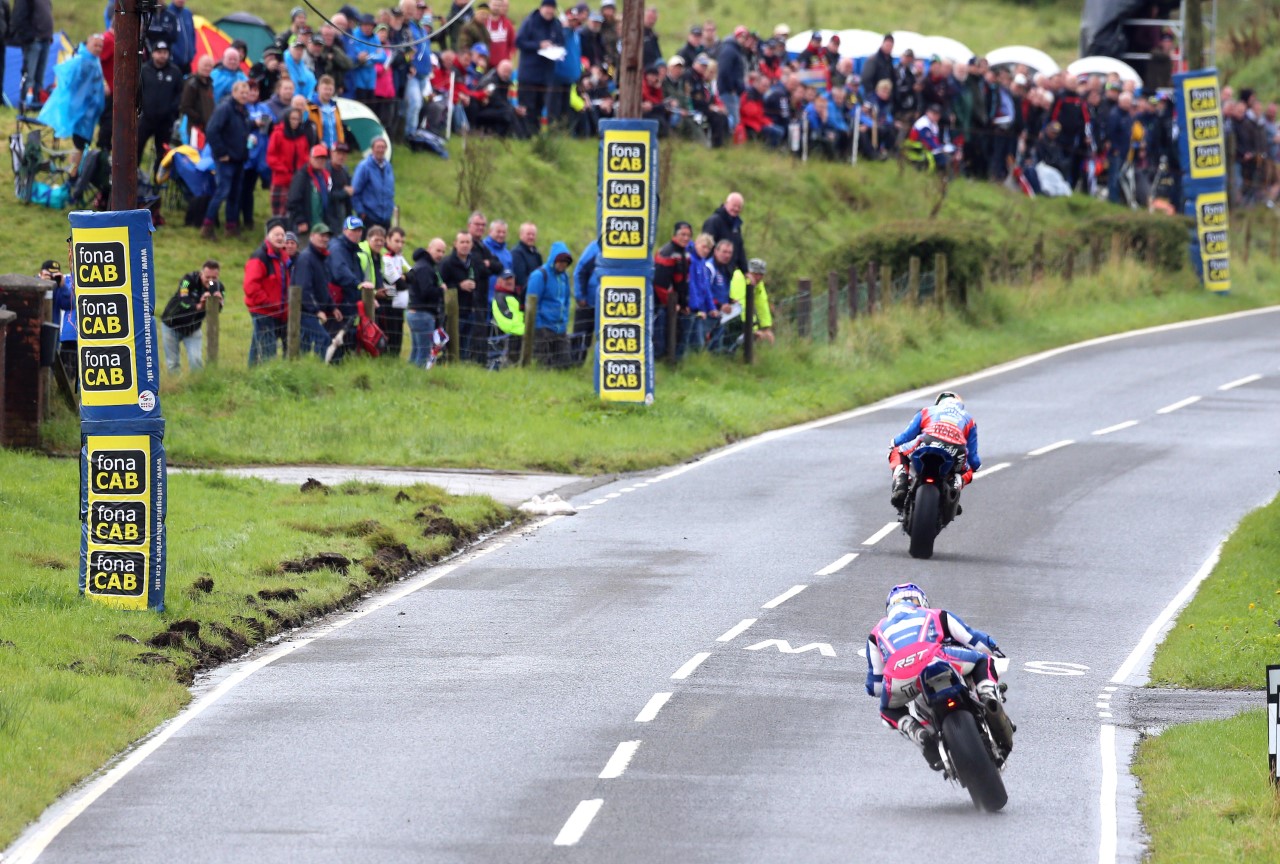 In September 2016 the organisers of the Ulster Grand Prix made an application to the then Northern Ireland Sports Minister, Paul Givan MLA, for funding to carry out improvements at the Dundrod circuit.

That application included proposals for work to the event headquarters, David Wood House, the paddock area and buildings as well as a request for funding for new on track safety equipment. The improvement of safety around all areas of the race event was a major factor in the application for this funding.

These detailed proposals were examined and approved by the Minister, officials from the Department for Communities and Sport NI.

Recticel safety bales were purchased for deployment around the Dundrod circuit.

Building work on David Wood House was completed and a new building erected in the paddock.

These buildings have facilitated safety improvements and initiatives around the UGP races that include race safety seminars, marshal training, newcomers’ induction courses and training for the hundreds of volunteers involved in running the event each year. Machine scrutineering, an important safety measure in road racing, takes place in the new paddock bay. This new building also includes improved shower and toilet blocks for the competitors.

The organisers of the Ulster Grand Prix motorcycle races did not receive any funding intended for track safety that was used on any other improvements at Dundrod. The organisers totally refute inaccurate inferences suggesting that was the case.

“The Ulster Grand Prix adhered to a rigorous application process which was subject to government scrutiny before we received the funding to carry out improvements at Dundrod.” Noel Johnston, Clerk of the Course, said.

“Safety was an important consideration in that application but it was not the only factor. The money we received has been used to make significant improvements on the course and in the paddock, enhancing the experience of everyone involved in the Ulster Grand Prix each year.”

The Ulster Grand Prix is an international road racing event, attracting visitors and competitors from around the world. Many of them stay in the paddock area and the new facilities have helped improve their stay.

David Wood House and the other paddock facilities are used by various other events and local organisations in addition to the Ulster Grand Prix throughout the year.

Community initiatives such as the ‘Motorcycle Awareness Project’ are also hosted by the UGP in David Wood House and inside the paddock during the year. This is an educational cross community pilot scheme, funded by the Department of Justice and supported by the PSNI, aimed at encouraging the safe use of off-road motorbikes by young people across Greater Belfast and Lisburn. The scheme is now being extended to the Craigavon area.

Other events, such as this year’s Easter Stages car rally, have also utilized the improved facilities.

Every effort is made by the UGP organisers to make the event as safe as possible for competitors and spectators. Risk assessments are carried out each year and improvements are constantly being put in place to enhance track safety.
But the dangers of racing in a closed roads environment remain.

The UGP organisers believe further public investment is required to maintain safety initiatives not only in motorcycle road racing but in all motorsports across Northern Ireland.