Thanks a million to the Ulster Grand Prix Supporters Club 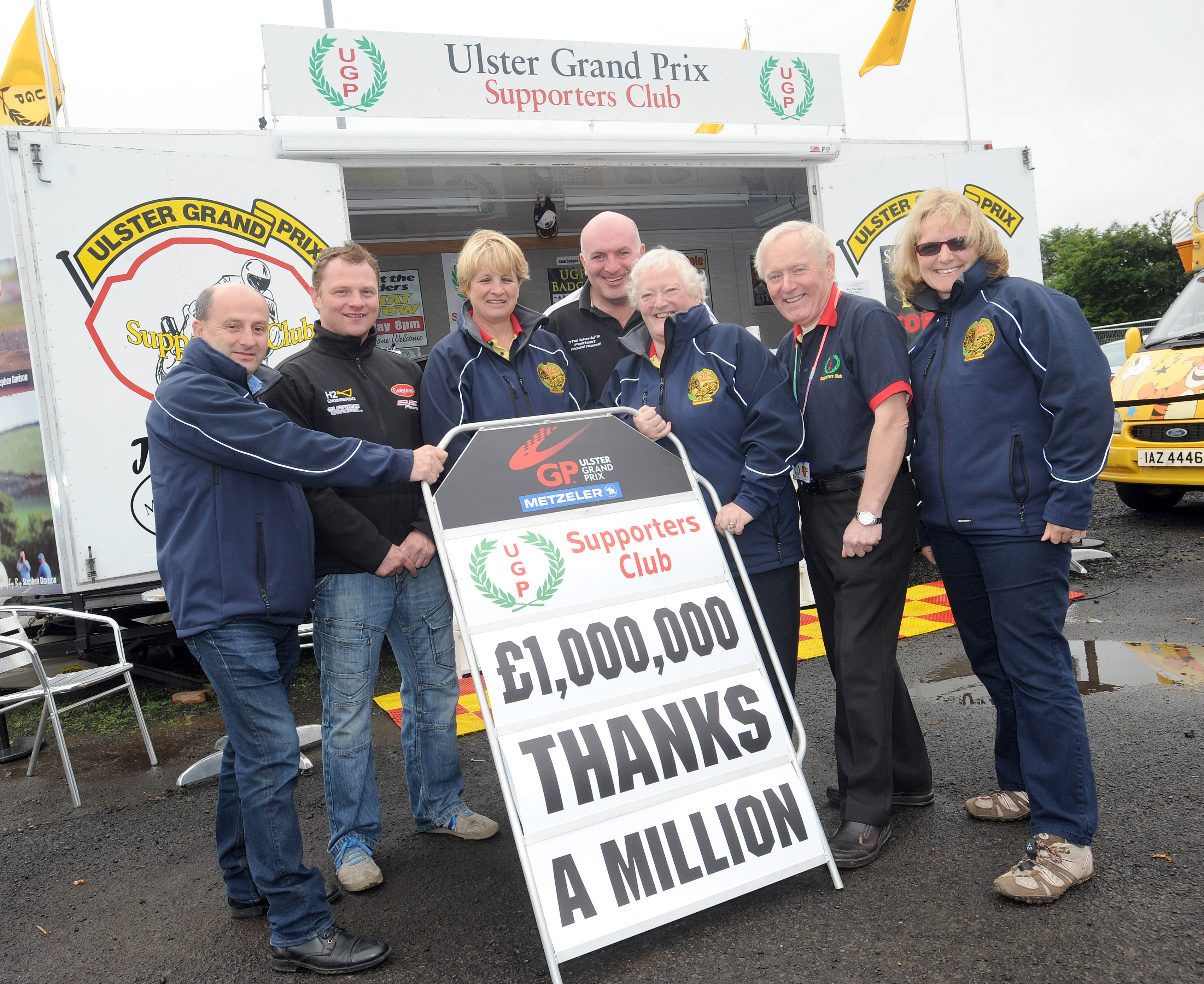 The club was founded in 1963 by a small group of race enthusiasts to ensure the preservation of the Ulster Grand Prix at Dundrod. Since its inception, the club has worked tirelessly to raise much-needed funds that have helped to make the race the world-class event that it is today.

The club has over 4,000 members in total and relies on a handful of dedicated committee members that keep momentum going.

Chairman of the Ulster Grand Prix Supporters Club, Des Stewart said: “We are thrilled to have reached the £1 million mark. It’s wonderful to be able to contribute to the sport we all love. It is through the dedication of our committee and loyal club members that we have been able to raise such a significant amount. This is the 60th year of the Ulster at Dundrod and we are looking forward to many more.

“During the last 12 months, we have been very busy with new fundraising projects and attracting new members. We have recently launched a new campaign to support the rebuilding of Ulster Grand Prix House, encouraging supporters to buy a block for £5 to help fund the reconstruction.”

Clerk of the Course, Noel Johnston said: “The Dundrod and District Motorcycle Club is incredibly grateful for the support that the UGP Supporters Club has given us over the last 50 years.

“The Ulster Grand Prix has had its ups and downs over the years and there is no denying that without the support and commitment of the UGP Supporters Club, the event would not be what it is today.

“The race is growing year on year and we are very excited about what the future has in store.”