The Ulster Grand Prix; It Never Leaves You! 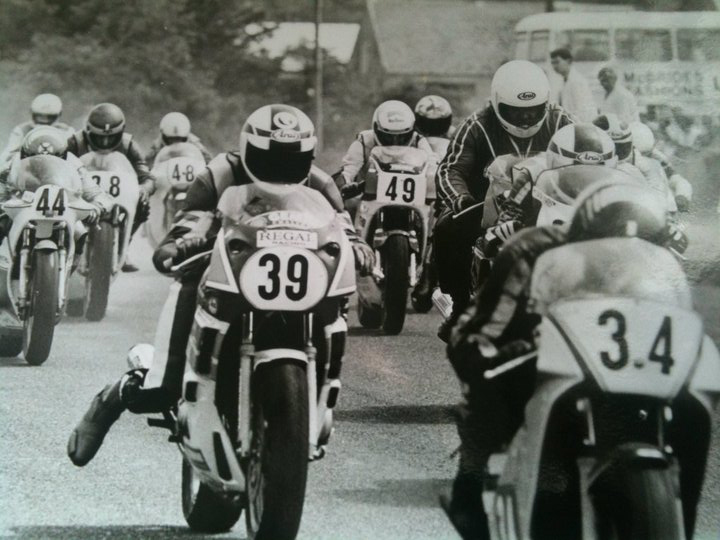 I’ve never raced in the Ulster Grand Prix. But I know a man who did. He loved it. It was almost 30 years ago. He remembers it like it was today. He feels it like he is still there. The memories still clear in his mind. The emotions still vibrant in his heart. I ask him how it felt, and instantly he’s back there, sitting on the grid, full of nerves, waiting for the flag to drop, eager to get going.

His was an “Open” race, against a mix of bikes up to 600cc, bikes like TZ350’s, FZR600’s. His wee TZR250 was stock & seriously down on pace, compared to those around him. He didn’t care. He was about to race; in one of the best road races in the world; in what was to become “the world’s fastest road race”.

Alone in his lid, his breathing loud, heart thumping in his chest, the rest of the world visible from inside his visor, yet somehow detached from him. All the worries about racing the circuit have gone, all the late nights & sacrificing to get here now forgotten. Every thought, anxiety & concern has dissolved into the “now”; Am I in gear? Watch that temperature gauge. Be sure to get off the line quick. Am I in gear? Temperature ok?. Get tucked into the slip stream of one of the 600’s down the “Flying Kilo”. Am I in gear? What’s the temperature gauge reading? Don’t worry about anyone else’s race, just my own. Come on with the flag! Am I in first? Temperature ok? Just get off the line quick. Get away & tuck in behind a 600! Where’s that flag? ….and it drops!! He’s gone!!!

Where he finished in that race is almost irrelevant. He did get away off the line. He did tuck into the slipstream of a faster 600 up the “Flying Kilo”. He even passed him going through Rock Bends. He was passed heading up the hill towards Deer’s Leap. He was never going to win that race, not even if it was wet, not even with the bravest of racing. It didn’t matter. He was racing in one of the best road races in the world; in what was to become the fastest road race in the world, in what is, to this day, some thirty years later, still his favourite circuit….the Ulster Grand Prix…that’s what it does…that’s what it means…the world’s fastest road race.

To keep up to date with all of the Irish Road Races throughout the season, visit Motorbike Racing Ireland, a FREE TO VIEW online magazine dedicated to promoting this amazing sport. https://www.facebook.com/motorbikeracingireland