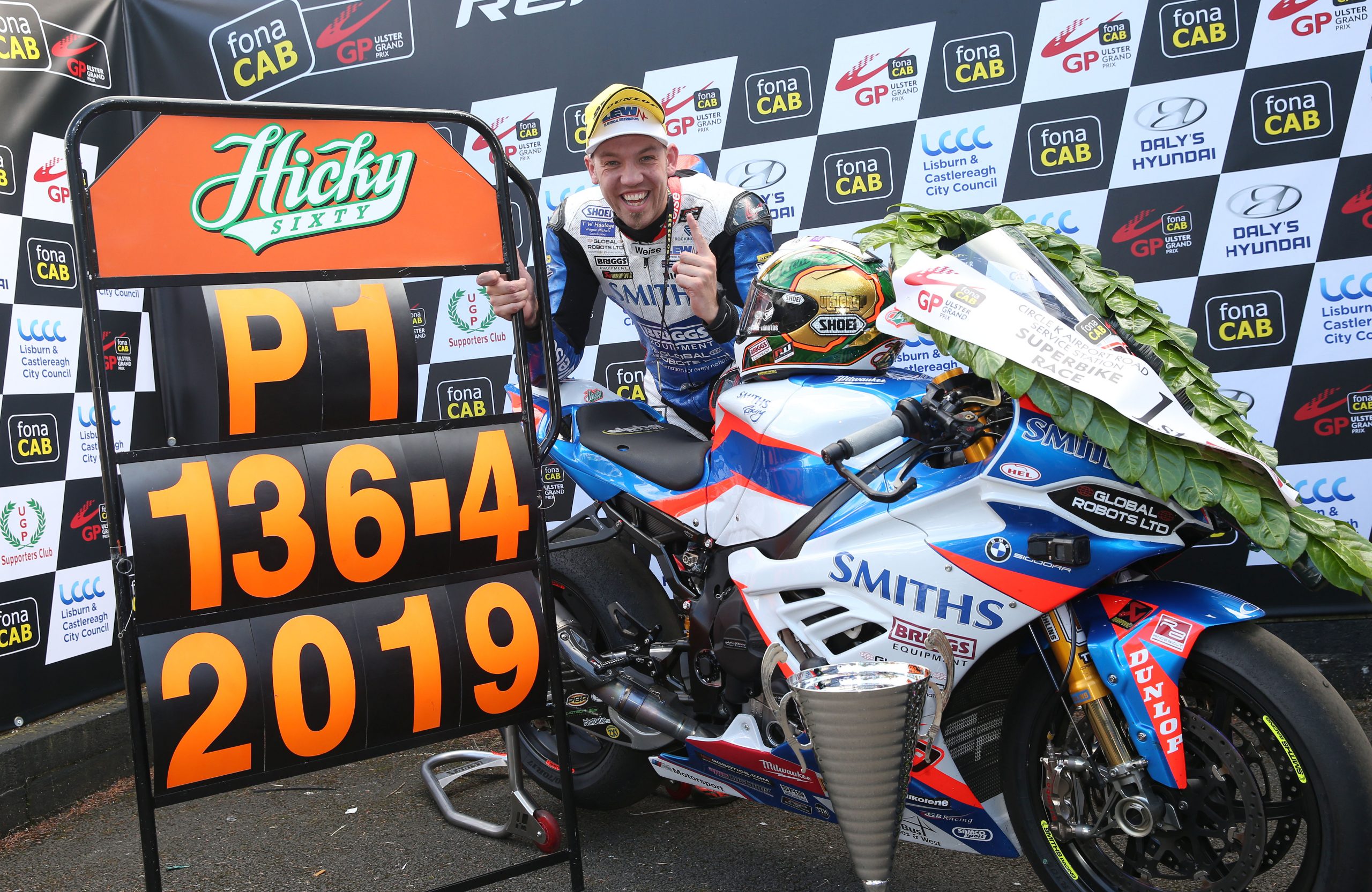 Thursday afternoon saw the start of race action at the 2019 fonaCAB Ulster Grand Prix with a feast of high speed action that saw Dundrod reclaim it’s title as the world’s fastest road race.~

Peter Hickman set a new outright lap record of 136.415mph on his way to victory in the Superbike race aboard the Smith’s S1000RR BMW.

The new record is 2.6 seconds faster than the old mark and almost 1 mph quicker than his TT record of 135.452mph.

“I was struggling to pass Dean in the early stages as he was really fast in a straight line and we’re down a bit on top speed.” the world’s fastest road racer said.

“I got a really good run out of the last corner and used the slipstream perfectly along the Flying Kilo so I knew if I could get to Deer’s Leap in front, I’d have a good chance of getting away. Once I got the clear track, I could ride my own lines, rather than Dean’s, and I hit all my markers so was able to pull away.”

“We don’t have the fastest bike out there but we do have a very good package so it’s great to get the win and get the outright lap record back for myself, the team and BMW.”

Conor Cummins posted the highest speed ever recorded at Dundrod when he broke the beam on the speed trap on the Flying Kilo at 202.8mph on the Milenco Padgett’s Honda Fireblade. Cummins finished third in the race with Dean Harrison taking the runner slot on the Silicone Kawasaki. The race was red flagged on the final lap when Sam West crashed without injury at Quarry Bends and his BMW burst into flames.

Hickman went on to make it a double with victory in the Supersport race later in the evening on his Trooper Beer Triumph, winning a huge tussle with Lee Johnston on the Ashcourt Racing Yamaha. Harrison was third on the Silicone Kawasaki.

The Lightweight race was won by Neil Kernohan on the Logan Yamaha just 0.06 seconds ahead of Davy Morgan (Honda) with Paul Williams (Yamaha) in third.

Czech racer Michal Dokoupil repeated his 2018 victory in the Ultra Lightweight race aboard his Ariane machine with Christian Elkin 1.5 seconds back on the Wylie Honda. Melissa Kennedy was the only female rostrum finisher of the day aboard her KNR Honda in third. 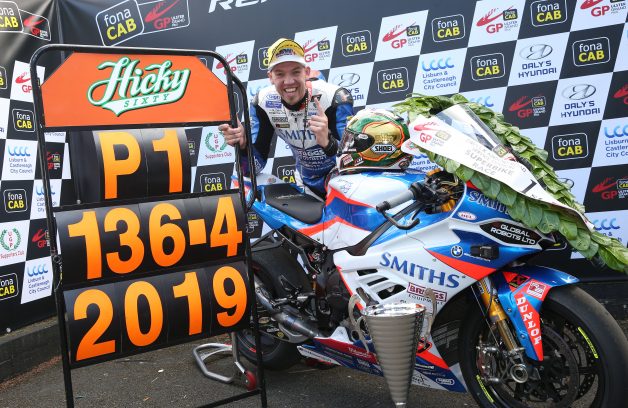 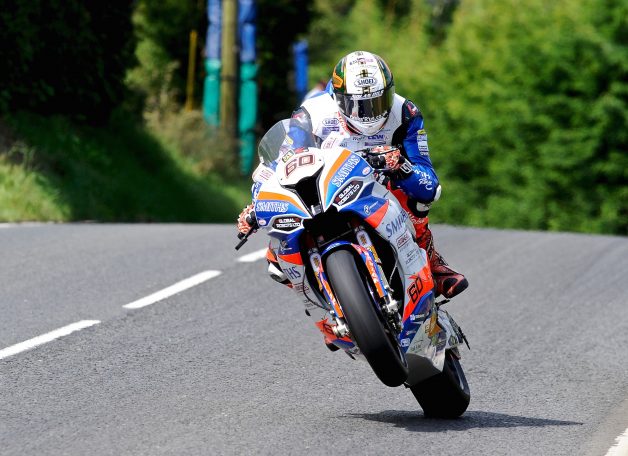