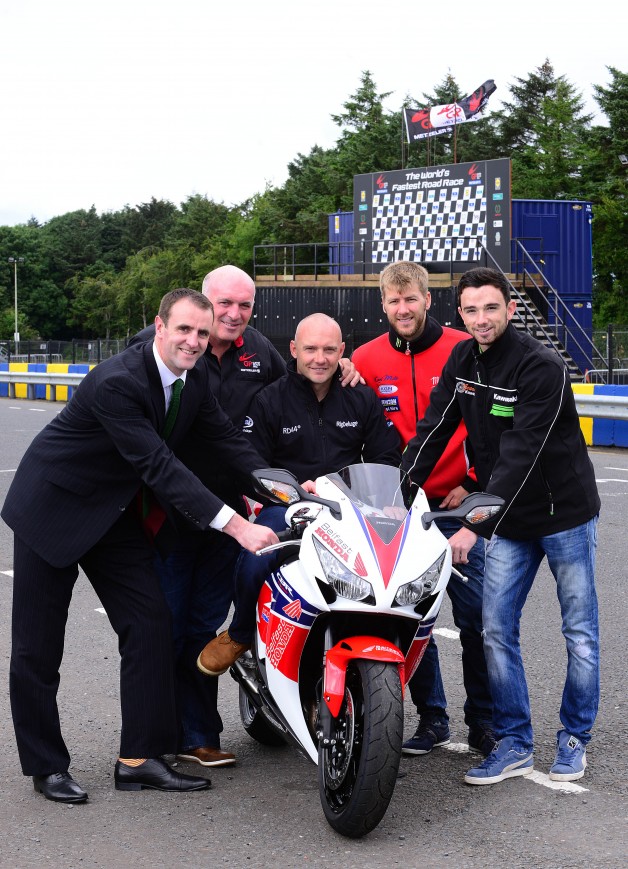 ENVIRONMENT Minister Mark H Durkan has joined the Dundrod and District Motorcycle Club to appeal to motorcyclists to take care on the roads on the eve of the Ulster Grand Prix.
Mr Durkan urged biking enthusiasts attending or watching the race to leave the high speeds to the professionals.
Pictured on the grid at the famous Dundrod circuit is Environment Minister Mark H Durkan, Clerk of the Course at the Metzeler Ulster Grand Prix Noel Johnston and racers Keith Amor, Ian Hutchinson and Glenn Irwin.