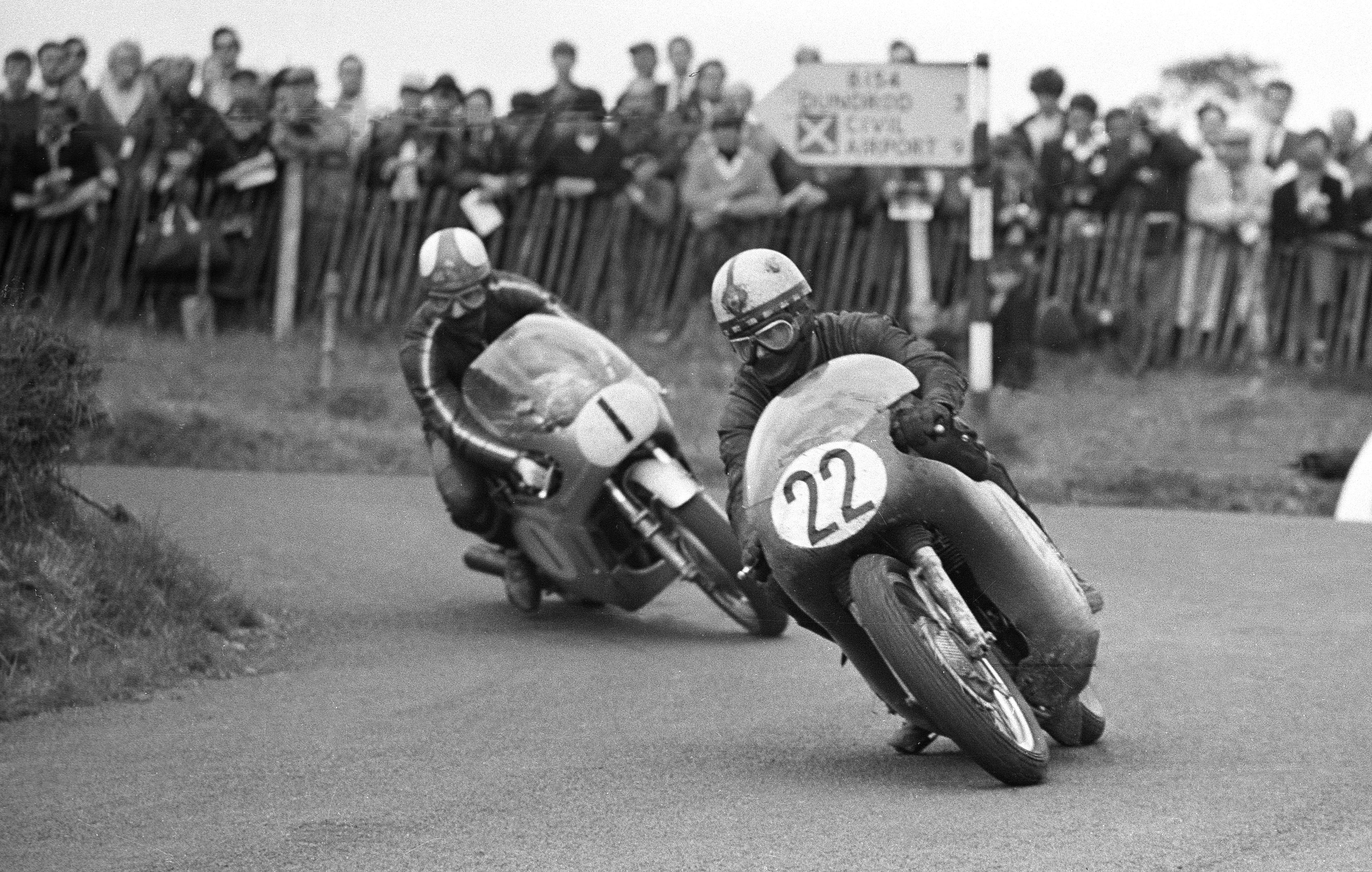 This week’s Ulster Grand Prix Legend is Mike ‘The Bike’ Hailwood; a man befitting of the title.

Born 2nd April 1940, Stanley Michael Bailey Hailwood was brought up with motorcycles courtesy of his father who raced two-wheels pre-war and ran a very successful dealership. As a result, Mike began racing bikes himself at the age of 17 when he entered a club race at Cheshire’s Oulton Park, finishing a very respectable 11th.

Earning notoriety for himself, 1958 saw Hailwood take to the Motorcycle Grand Prix World Championship primarily contesting the 250cc and 350cc classes, but also making appearances in the 125cc and 500cc races at the Isle of Man TT.

Hailwood turned his attention to the 125cc class in 1959. On a Ducati he took 3rd at the Isle of Man, Solitude in Germany, and Assen in Holland, with things coming together for him at the Ulster Grand Prix where he took his first World Championship race win. He finished the season 3rd in the standings.

1960 yielded mixed results for the Englishman, with a 3rd in the 500cc British and Nations Grand Prix being the highlights. He finished a decent 4th at the Ulster Grand Prix in the 250cc race. 1961 saw a return to form and he won the 250cc World Championship after four wins, two 3rds and a 2nd place finish on a Honda. He also finished 2nd in the 500cc World Championship with two victories and six 2nd place finishes for Norton and MV Agusta.

Thus began a halcyon period. Hailwood won eight world championships from 1962 to 1967, displaying utter dominance in all of them. In that time he also racked up six further Ulster Grand Prix victories. 1967 also saw him beat the great Giacomo Agostini in the Senior TT – a race considered the greatest by many. The pair exchanged lap record on the opening two laps, the Italian holding firm in the lead. Hailwood clambered back from a slow pit-stop and closed the gap back to Ago. The fifth lap saw Mike ‘The Bike’s’ perseverance and determination rewarded when Agostini suffered a broken chain on his MV. Hailwood took the victory at a new lap record of 105.62mph. That record took eight years to be broken.

Hailwood’s reign came to an end in 1970 when he returned to car racing (something he had dabbled in during the sixties). Though not as successful on four wheels he was still able to win, taking the 1972 Formula Two European Championship for the Surtees team. His best result in Formula One came in 1974 when he took a podium finish in the South African Grand Prix, driving a Ford powered McLaren M23 to 3rd at Kyalami.

His finest moment in F1 however was in 1973. Hailwood and BRM’s Clay Regazzoni collided with each other on lap two of the South African Grand Prix. Despite catching on fire, Hailwood was extinguished by a marshal and then proceeded to pull the Swiss driver from his burning BRM. This heroic act of selflessness saw him awarded the George Medal.

On 3rd June 1978, Mike Hailwood returned to motorcycle racing 11 years after winning the 500cc Canadian Grand Prix at Mosport Park. At the Isle of Man TT, in the Formula 1 event, Hailwood, now 38-years-old, took his Ducati 900SS to a sensational victory. One more win in the Senior TT the following year was enough for him and he bowed out one final time.

In 1981 Hailwood’s life came to a tragic and sudden conclusion when his car, carrying his two children David and Michelle, was hit by a truck. Son David was the only one to survive the horrific incident. In tribute, part of the Mountain Course on the Isle of Man was renamed Hailwood’s Height.

Mike Hailwood’s legacy lives on and in 2000 the FIM officially declared him as a Grand Prix Legend, with the AMA inducting him into their Hall of Fame that same year. He also joined the elite list of non-Americans inducted into the International Motorsports Hall of Fame in 2001.