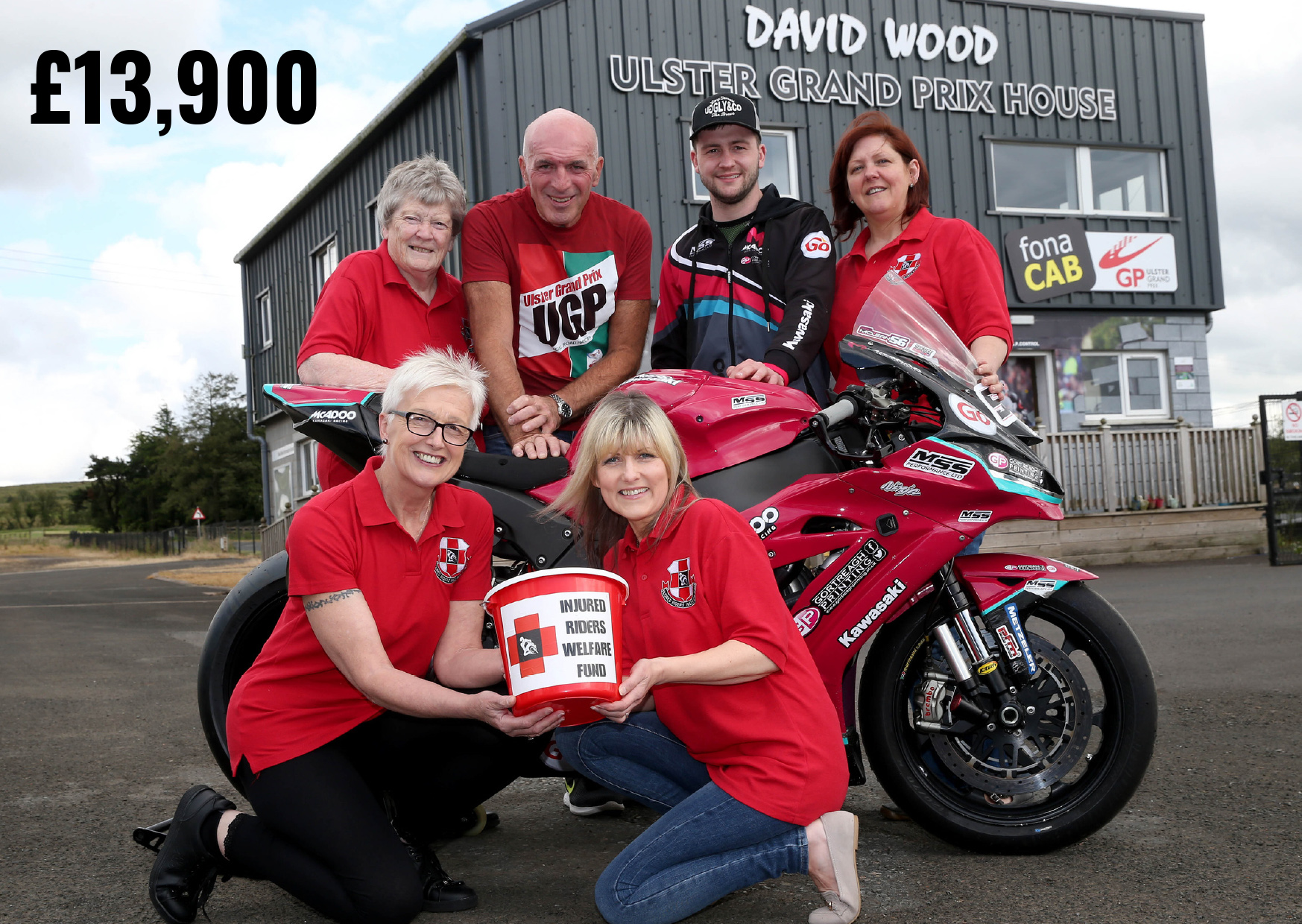 “We are absolutely delighted that our fund was this year’s charity partner at the fonaCAB Ulster Grand Prix.” Jan Simm from the Injured Riders Welfare Fund said.

“It gave us the opportunity to raise much needed money and to raise the profile of the Fund and the work we do. An amazing amount was raised- the most ever- and we are very grateful to everyone who donated. We would also like to give massive thanks to the Dundrod and District Motorcycle Club for giving us this opportunity.”

Fundraising events were held throughout race week including a sponsored walk around the 7.4 mile course, the sale of donated racing memorabilia items and a table quiz. £220 was also donated from photographers. Approximately a third of money raised was from the sale of donated items during the auctions. 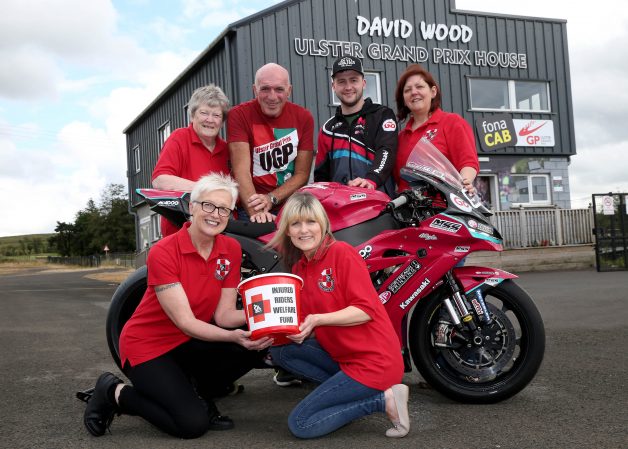 “We welcomed some new recruits to our team this year who soon realised that alongside the friendly banter there was a strong competitive edge as everyone worked hard to collect the most amount! One of our collectors had a secret weapon in the form of Henry Wee Wheels. Henry is a dog who was paralysed before being rescued from China. Henry is also the mascot for the Ulster Superbike Championship and he scoots around the paddock on two wheels, receiving a lot of attention.”