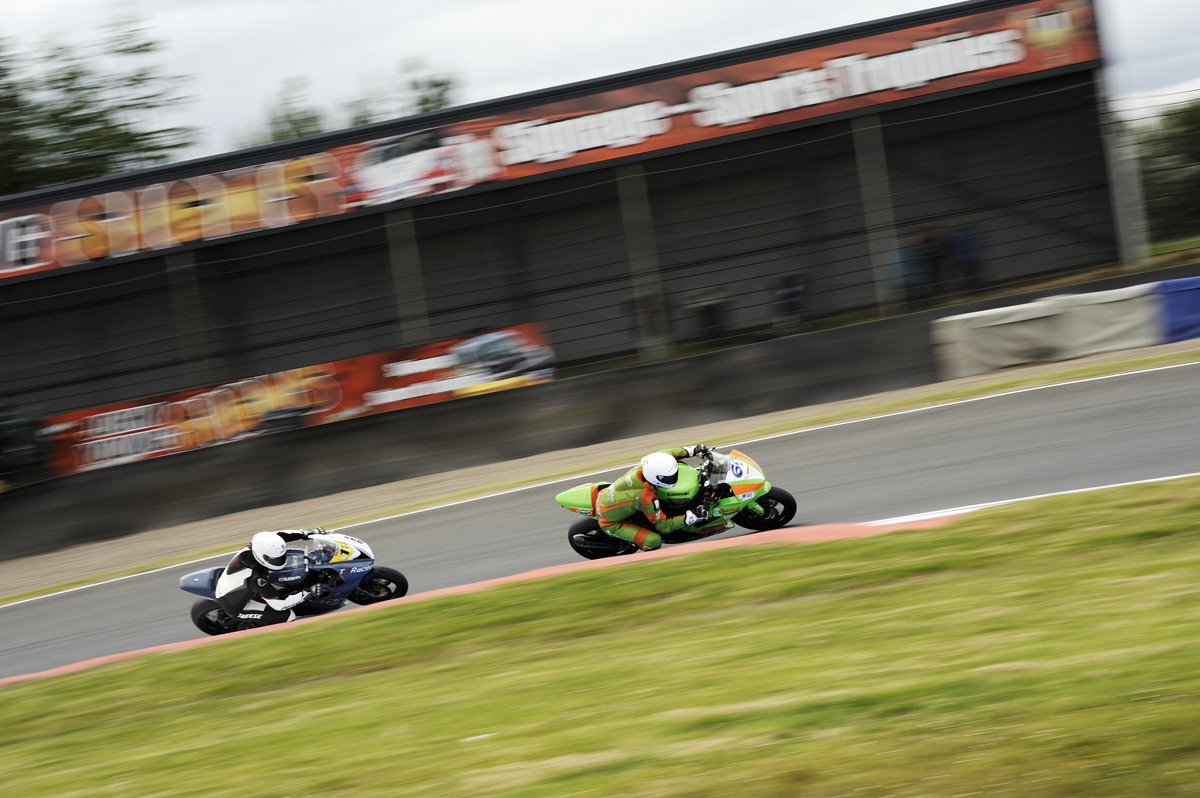 Victoria Bailey catches up with British Supersport and Metzeler Ulster Grand Prix star Glenn Irwin on his start to the 2015 season.

After the first round of the British Supersport championship at Donington Park, how happy are you with your performance?

Well we got the first round out of the way and for me the most important thing was to put points on the board.

I had a few problems with the bike and the track was tough, but it I think it was a good start to the season. I only qualified fourth but it was great to get back on the podium in the sprint race and we will definitely be looking for wins the rest of the season.

How did you find the atmosphere around the racetrack?

Donington Park was a bit different this year, the weather was so good and the crowd was massive so the atmosphere was great! It’s usually a lot quieter, but it was a great weekend.

You seemed to be struggling for set-up at times, was it difficult to keep your composure?

Throughout the weekend there were a few issues with the bike, but from the first session we just tried to keep our cool. We’re all aiming for the same goal and in the end we found something good for the races.

The team always manage to make the best out of a difficult situation and I have huge trust in them. They are a great source of motivation.

Who did you bring for support? Did they enjoy the experience?

It was the first time I’ve had my parents and my girlfriend Laura all over and it was great to have them there. When motorsport is your career there is a lot going on so it was nice to bring them into the paddock and spend some time with them.

In between races and interviews it was good to be able to relax and Laura made me lunch. That might sound silly but sometimes it’s easy to forget food with all that’s going on!

They enjoyed it, and I find the more support I get, the better I perform.

How do you relax outside of the racing, and keep your focus?

I listen to a lot of music, usually for about an hour before each session. In-between the races I don’t want to think about riding all of the time, so I like to switch off.

With 102 days to go to the Mezteler Ulster Grand Prix, how are your preparations going, on and off the track?

They’re going really well, the team are working hard behind the scenes to make sure everything is under control. For me the focus is on the British championship at the moment, but it won’t be long before it’s Bike Week once again!

It would be a dream to get on the podium at Dundrod in 2015. My Super Twin bike has just been totally finished and it’s looking great, and the sponsorship has been equally brilliant, so now the main job now is to get the results!

I’m definitely in a healthy position at the moment and I’m particularly pleased to be have the sponsorship and backing of the Metzeler Ulster Grand Prix. I’m also really happy to welcome SOS Restoration on board as a new sponsor; it’s a big boost for me and having solid backing keeps me focused on my racing.

Looking back on your career so far, when you’re faced with disappointment, what is your key to managing your emotions, and to motivate yourself to keep going?

I’m a sore loser, but my motivation is always to win the next race.

I have to control the emotions, especially now as public relations is a massive part of the sport. After a race and in interviews, you have to remember to keep your professional side, even on the back of disappointment.