Upgrades and improvements for the Metzeler Ulster Grand Prix paddock 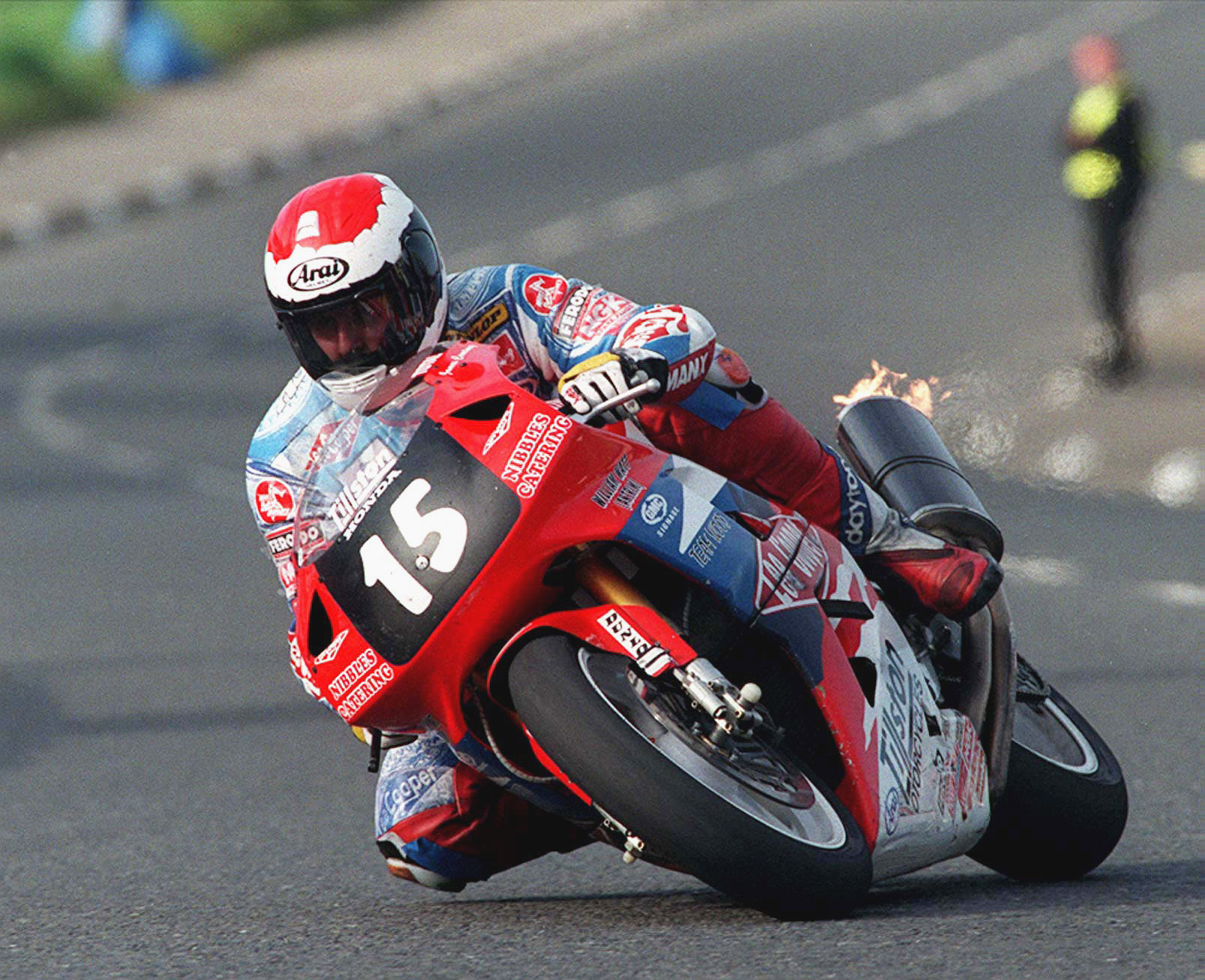 In the latest instalment of our Ulster Grand Prix interview series, Natalie Ferris talks to James Courtney, President of the Dundrod & District Motorcycle Club (DDMC) about his role and what’s in store for fans during Bike Week 2015

James you’ve experienced road racing from all aspects; spectating, competing and now organising, can you give me insight into how you became involved with the Club?
I actually live on the circuit, so I grew up with it from a very early age and it gave me a strong connection with the Club and with the Ulster Grand Prix.

My father was a racer from watching legends like Ray McCullough and Joey Dunlop competing in the late 1970’s and early 1980’s it wasn’t long before I caught the racing bug.

I joined the Dundrod & District Motorcycle Club when I was 18 years old to get my license to compete on short circuits and the roads, and went on to race at the Ulster Grand Prix for many years.

My role in the Club then grew when my racing career ended after a crash at the Isle of Man TT in 1999. I suffered some serious injuries but still loved the sport, so from there it was just a natural progression to become more involved off the track and to help out at the club.

It’s always been great socially, as it brings people together and I realised very quickly that for the Club and The Metzeler Ulster Grand, it’s not down to one person, everyone plays their role.

With construction work underway on David Wood Ulster Grand Prix House, what can fans new expect this year from the world’s fastest road race?
There is a lot going on this year. Not only will we have the new clubhouse, but we’re also extending our car parking and working on improving camping areas, making more space and offering better facilities.

I think that replacing the Ulster Grand Prix House is a fitting tribute to David Wood, as he contributed so much to the sport and helped support the early careers of so many riders.

The new clubhouse will have many benefits, and not just for the Dundrod & District Motorcycle Club, as it will be a valuable space for local community groups all year round.

We have a great team and the new facility will support us as we run our events. Currently we operate out of temporary buildings, so it will provide a permanent home for the race offices, timekeepers and commentators, and become the hub of the Metzeler Ulster Grand Prix.

The project is now well underway and will be in operation for the Metzeler Ulster Grand Prix this year.

I was impressed with the international presence of both fans and riders last year are you expecting the same turn out this year?
As always the Metzeler Ulster Grand Prix is a very popular event.

It really is a rider’s circuit, as its fast and has some unique corners and features. It is a great opportunity to attract competitors from all countries and we see a growing number of international fans and competitors.

Last year we had over 40 newcomers to the event, with some from as far afield as the USA, which is great to see.

The growing audience is one of the main reasons we’re working to improve all our facilities to make it a better experience for everyone, and this year I think the increases to our camping and parking areas, improved grandstands and continued hospitality will make a massive difference.

In all your years being at the Ulster Grand Prix, what would you say has been the most memorable race you’ve experienced?
Believe it or not, I don’t actually get to watch a lot of races now as I’m always busy working behind the scenes, but over the years there have been so many.

Most recently I would have to say the battle between William Dunlop and Bruce Anstey last year. With the big screen in the paddock, you can see and hear what’s happening, watching it unfold in front of you.

I think on the last lap they passed each other a few times, and with the helicopter and big screen the atmosphere was unbelievable! The paddock was buzzing, so I would say that would make it one of my most memorable races.