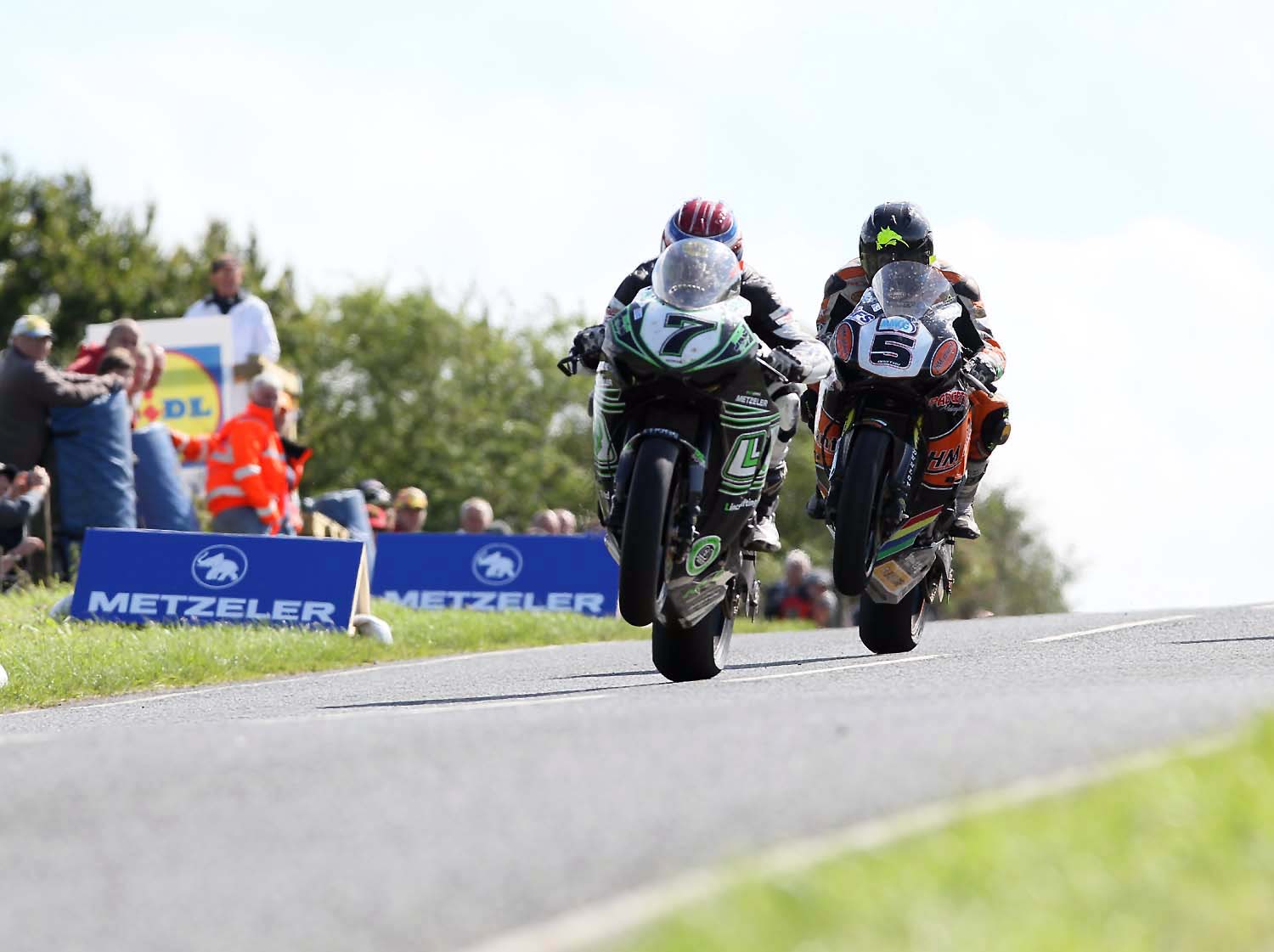 In part one of our interview with leading road racer Gary Johnson he talked us through his choice of helmet and how it performed when he tested it to the limit.

In part two, the TT winner and Ulster Grand Prix podium man guides us through the rest of the kit he’ll be wearing during Bike Week this August.

“With leathers it’s all about the fit, especially as my body shape is long and lanky. I’ve got very narrow shoulders caused by me breaking my collarbone, so it’s hard for me to find an off-the-peg suit that fits.

“You spend one-and-three-quarter hours in your suit per race at the TT and at races like the Ulster Grand Prix you can have them on for even longer between races, so they need to be right.

“You can’t have them so loose that they’re flapping around, but they can’t be so tight that they cause arm pump.

When I crashed at the TT the made-to-measure Gimoto suit I was wearing performed well – the leather didn’t pierce and the stitching didn’t burst, though I did get some friction burning to my right shoulder.

“They’re a quality bit of kit, they look pretty cool and they’re well made. They’re popular in the BSB paddock for a reason – they work.”

“Gloves are usually a compromise between fit, feel and protection. Too tight and they’ll give you arm pump. Too thick and you’ll lack feel. Too much protection and they’ll be too thick. It’s a vicious circle.

“I wear Held Titan gloves and I can honestly say they’re the best on the market. They’re the same gloves you can buy at a dealer’s and they’re easily the best gloves I’ve ever worn.

“They use the best materials – titanium protection on the knuckles, thick stingray leather on the vulnerable areas of the glove to stop your hand from digging in when you slide, and Kevlar stitching throughout – and it shows.

“On the bike itself they’re superb. They don’t restrict my movement, they fit well, they’re comfortable and I don’t get any arm pump.

“I’ve worn lighter gloves before and I’m not keen. At the North West 200 I was wearing a set of Spidi gloves, following a bike at around 170mph when it flicked a stone up at my finger. I can still remember the pain now. I thought it had taken my finger off, but I didn’t throttle off. I just carried on, what else do you do?

“I want my boots to be as protective as possible without being uncomfortable or restricting movement. You spend a lot of time on your feet on the bike, so you need your boots to be comfortable.

“I want boots to have an inner boot/sock, have lots of external protection and a secure locking mechanism. I wear Falco boots in customised colours.

“They’re got a lot of heavy duty plastic on the outer, good ankle protection and a snug locking mechanism. I wore Daytona before, and although they have probably the most protective inner boot on the market, they don’t protect the bridge of the foot.

“These Falco boots of mine performed well – everything worked as it should. The heavy-duty external plastic stopped my feet from digging in and allowed me to slide.

When I looked at my boots after the crash I realised I had ground one of the stickers away completely, yet my boots were fine. Yes, they’d been through the mill, but they were intact, and I suffered no injuries to my feet. Enough said.”