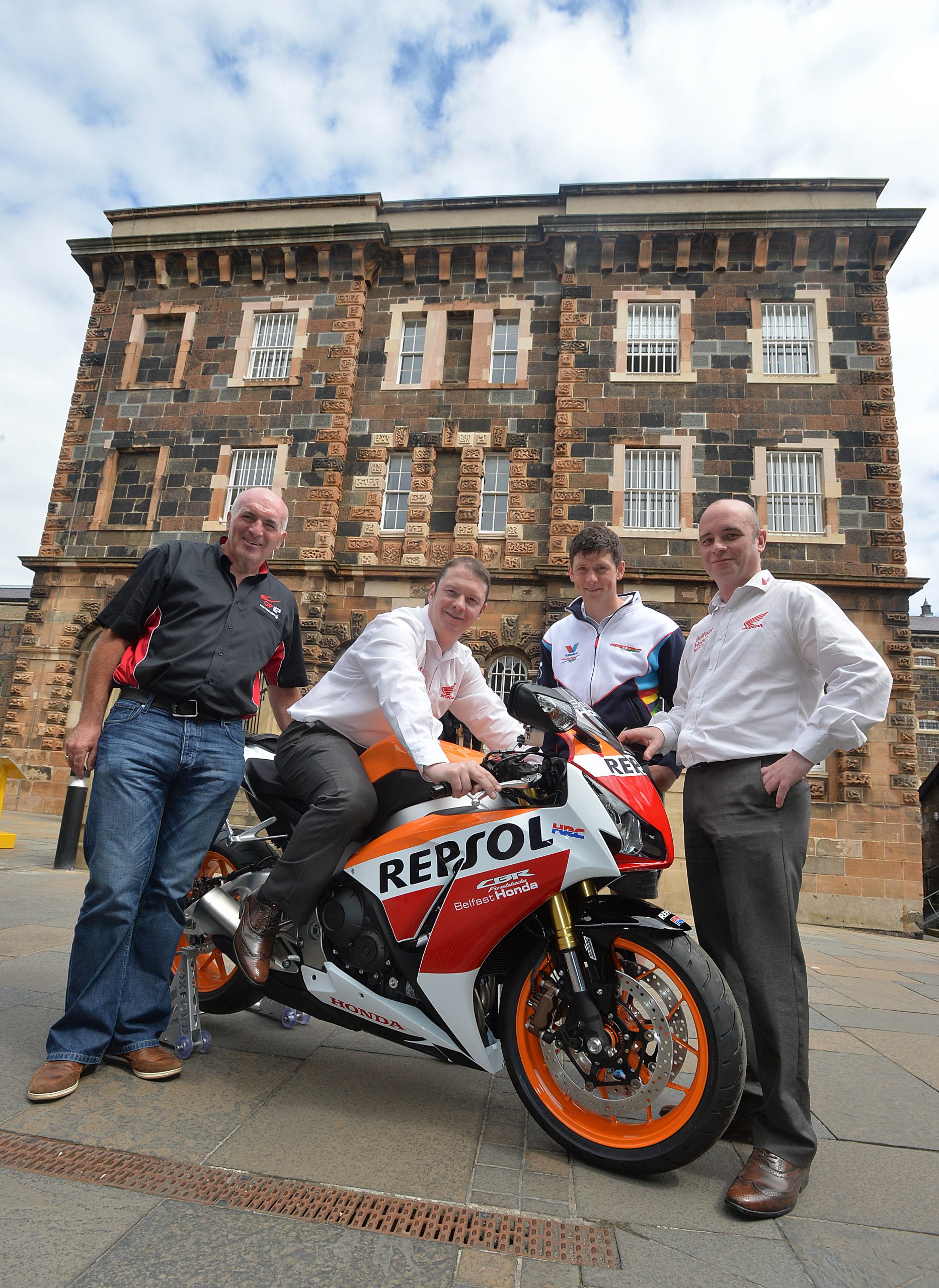 Located on the Prince Regent Road, just 1.5 miles from the city centre, the business is owned and run by the Allen family and has been a fully franchised Honda Dealership since 1975. They stock the complete range of new Honda motorcycle’s, scooters and a wide range of used bikes from all manufactures.

They are also the only motorcycle hire business in the Greater Belfast area, and boast a fully equipped workshop, complete with all the latest diagnostic equipment and a team of fully Honda trained technicians.

David Allen from Belfast Honda said: “This is our local race, and our whole team have always been huge fans of The World’s Fastest Road Race. For us it was great to be able to get more involved.

We are proud to support the Metzeler Ulster Grand Prix in any way we can, providing motorcycles for marshalls in the past and to top riders for parade laps, including Jonathan Rea and Eugene Laverty aboard our CBR1000RR Fireblade and CBR600RR.

“We’re delighted that our involvement with the Metzeler Ulster Grand Prix has increased this year, and we are proud to sponsor the Ultralightweight/ Lightweight race at the Dundrod 150.

“We’ll also be in the trade village so if you’re in the paddock, make sure you call in and say hello.

“All at Belfast Honda would like to wish all the riders, organisers, marshalls and everyone attending a safe, successful and fun 2015 Metzeler Ulster Grand Prix Bike Week.”