CHARITY IS THE BIG WINNER 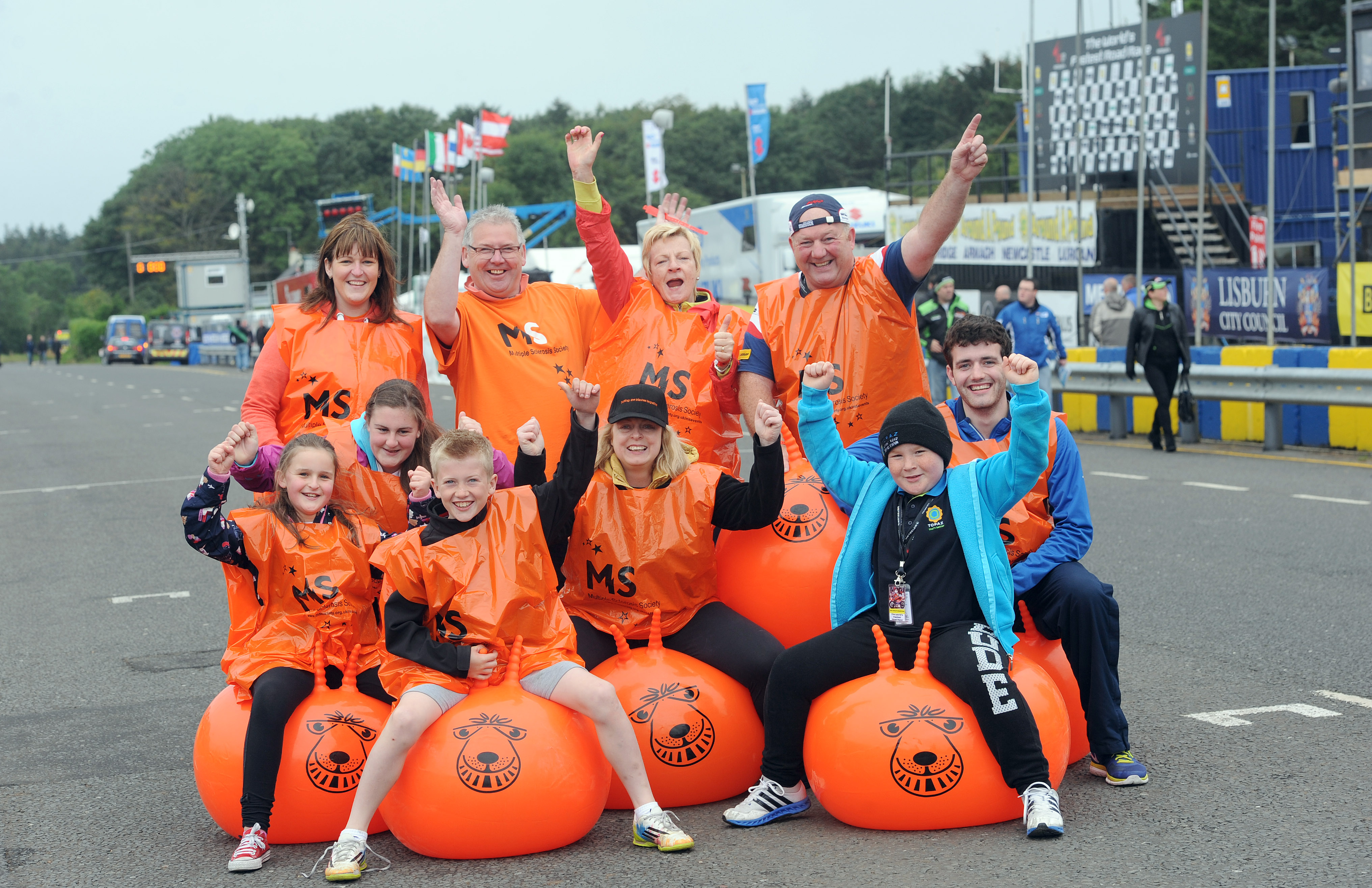 Thanks to all who donated, £4802.46 has been raised to fund ground breaking multiple sclerosis research at the Metzeler Ulster Grand Prix 2014.

The MS Society, which was the official charity partner for the event, organised collections, a family fun night and even a special space hopper race to encourage bike fans to make a donation.

“Thank you to the Ulster Grand Prix organisers, race fans and MS Society volunteers for helping us to raise this fantastic amount. We really enjoyed being part of the world’s fastest road race and thanks to the generosity of the public we are one step closer in our race to beat MS.

“There are more than 4000 people living with MS in Northern Ireland and every one of them deserves more effective treatments and hope for the future. The MS Society funds world-leading MS research to make this a reality. We’ve already made some important breakthroughs and we’re now at the start of a generation of MS research that holds incredible promise”.

Noel Johnston, Clerk of the Course at the Ulster Grand Prix added: “We were delighted to welcome the MS Society on board as our official charity partner for 2014, and enjoyed their fund raising efforts during Bike Week. The space hopper race in particular was a sight to behold on closed roads before the bikes took to the grid!

“I’d like to thank race fans for their generosity in helping to raise such a terrific amount for this great charity in Northern Ireland.”

There are currently over 100,000 people living with multiple sclerosis (MS) in the UK. Symptoms of MS usually start in your 20s or 30s. The condition can get steadily worse, or remain unpredictable throughout your life – one day you can be fine, the next you might lose your sight or be unable to move.