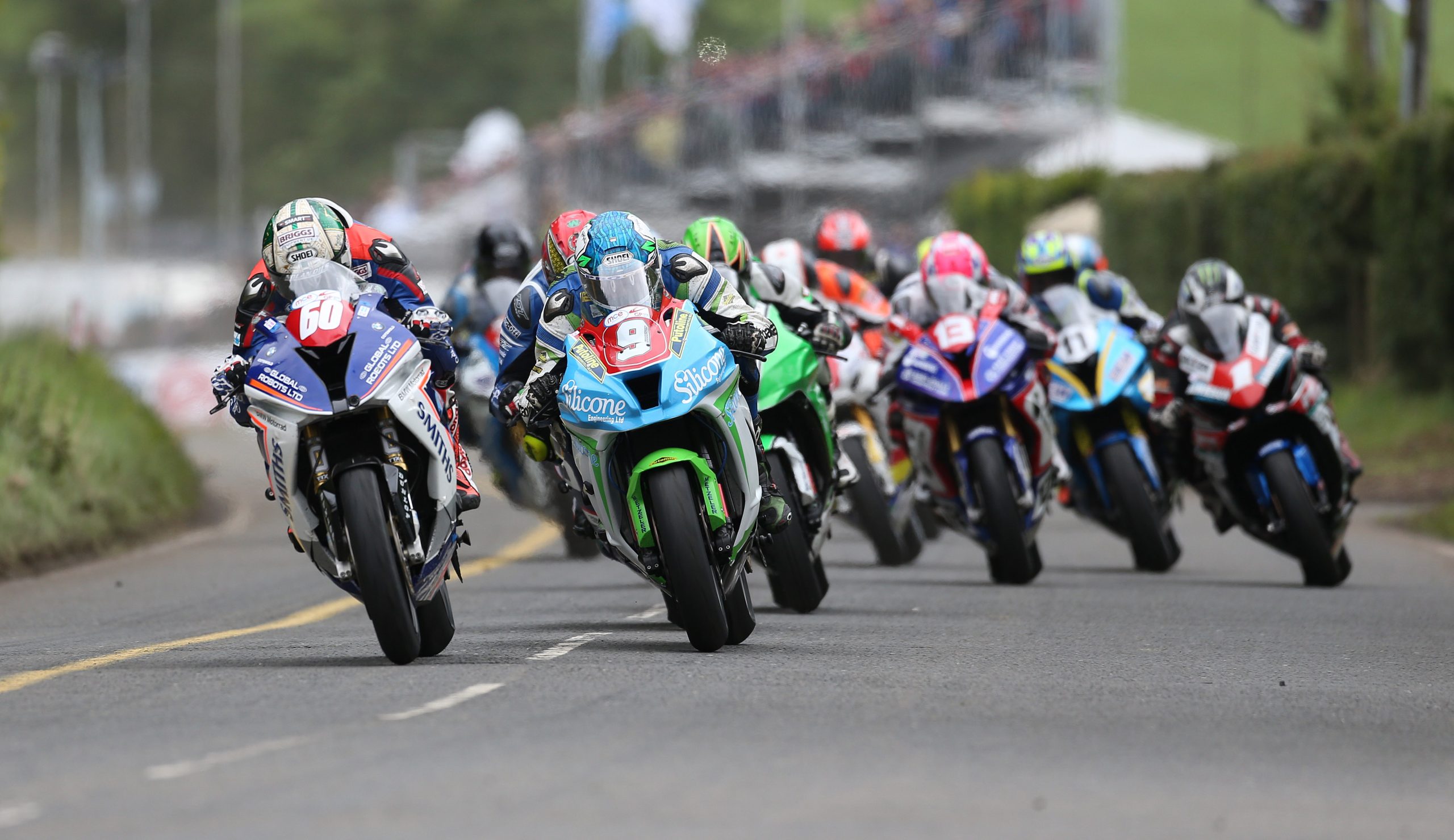 Just a few weeks after another record-breaking year at the MCE Ulster Grand Prix, organisers have announced that Bike Week 2018 will take place between 5th – 11th August.

Practice sessions for the MCE UGP will take place on Wednesday 8th August and the morning of Thursday 9th August, followed by racing that afternoon and on the main race day, Saturday 11th August.

Clerk of the Course, Noel Johnston, has also confirmed that there are some changes on the way for 2018.

“August 2017 saw some spectacular racing at Dundrod, with Peter Hickman scooping a hat trick of wins and the lap record around the 7.4 mile circuit broken three times in one week, eventually being secured by Silicone Engineering Kawasaki rider Dean Harrison at 134.614mph.

“The early indications are that we drew a bigger, and more international audience at the event than ever before, which we’re delighted about. The challenge for us is to keep raising the bar year on year to ensure those people keep coming back to the event.

“Despite the high quality of the racing and the competitors this year, there’s always room for improvement and that’s why we’re working hard behind the scenes to make a few changes to our schedule for next year.

“I’m not yet in a position to confirm what we will be doing differently, but watch out for an announcement on 2nd October,” he added.

The 2018 dates are subject to formal agreement by the Motor Cycle Union of Ireland (UC) which will be confirmed at their upcoming inter centre conference.