Davey on course for a winning week at Dundrod

Located on the edge of the famous 7.4 mile circuit, the family-run Centra store will also be hosting a Family Fun Day on Friday 10th August which will feature bouncy castles, face painting, tattoos, a Coca-Cola Penalty Shoot out, Jaffa man, the Centra Live Well Team, the Neighbourhood Police Team, Downtown Radio, a bubble machine, a petting farm, a Monster Energy Tyre holding competition, not to mention some special guests from the MCE Ulster Grand Prix paddock.

Making the podium twice at the recent Faugheen 50 races, as well as finishing second in four races at Walderstown back in June, the 2018 Isle of Man TT Fastest Newcomer hopes that his recent run of success will continue at Dundrod, commenting:

“I had a fantastic TT and I can genuinely say that myself and the team were shocked at how my lap speed just kept increasing. Every night we went we got quicker! To make 128.379 is incredible and is testament to the huge amount of work I put in to studying the circuit before I competed. “

Shifting his focus to road racing in 2017, Davey made his debut in Dundrod that same year, securing a second place finish in the Dundrod 150 National Race.

Reflecting on his hopes for the Ulster Grand Prix, the 22-year-old Saltburn rider said:

“To be honest I’m just glad I’m not wearing the orange bib this year! I’ve been here before so I know what to expect. I’m feeling comfortable on the Cookstown Suzuki so all the initial signs are good. I’m looking forward to being in contention and hopefully chasing a few wins.’

“Davey’s had an incredible year so far and he is definitely on course for a strong performance at this year’s event. Last year he was so close to making top six in the Supersport before being forced to retire, but not before lapping at 125.503 mph. To clinch Best Newcomer at both the North West 200 and Isle of Man TT is no mean feat and I am looking forward to seeing what he can produce over the two race days. He is one to watch!” 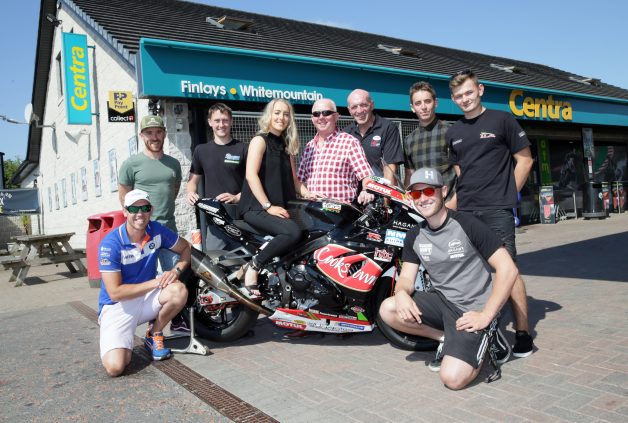