Dunlop’s powerful new Suzuki will be ‘perfect fit’ for Dundrod 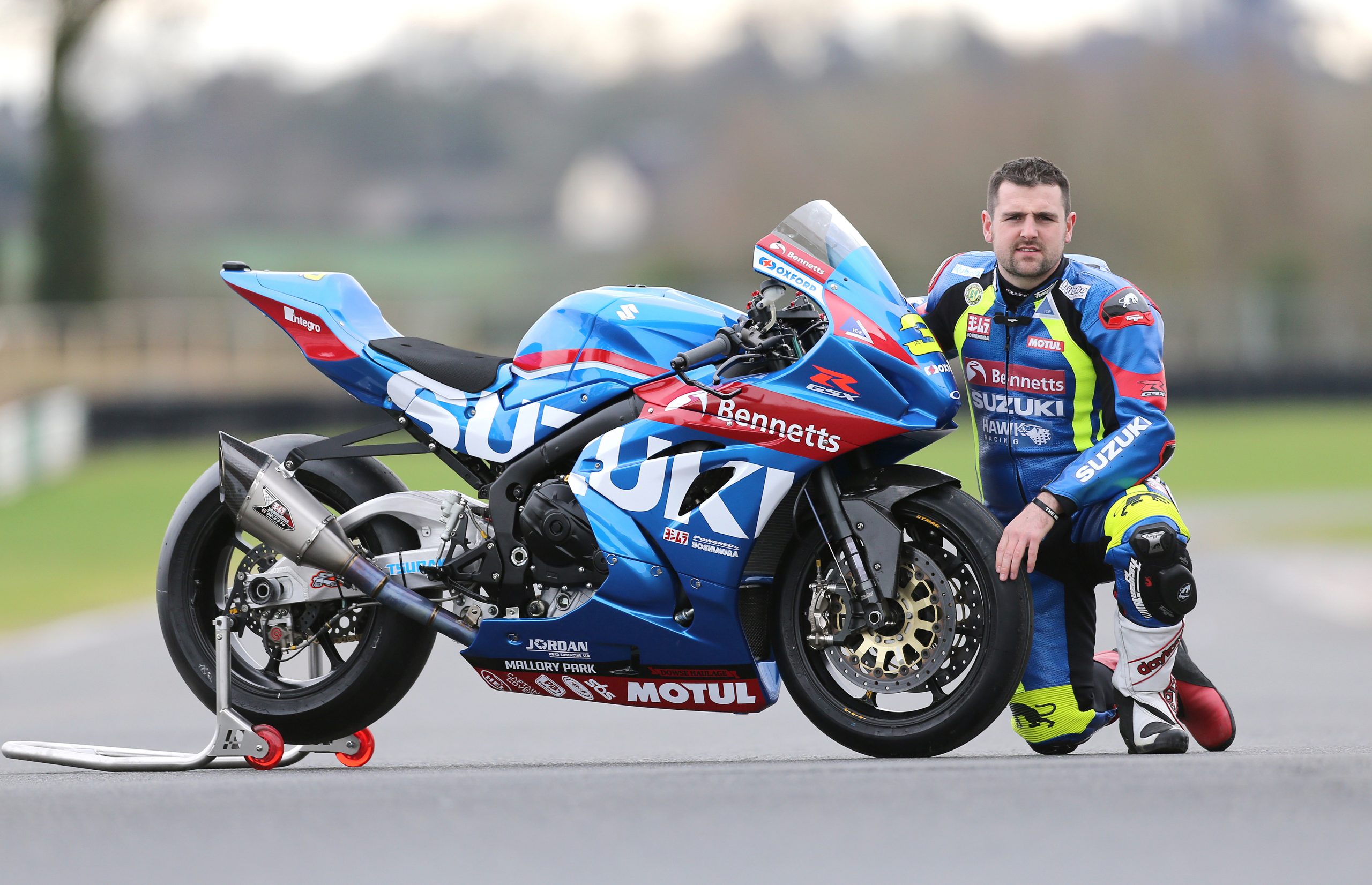 After months of speculation about Michael Dunlop’s ride for 2017, he has finally confirmed he’ll pilot the new Bennett’s Suzuki new GSX-R1000 on the roads this year, with MCE Ulster Grand Prix organisers saying it’s a ‘perfect’ fit for the Dundrod circuit.

In 2016 Dunlop racked up an enviable tally of wins at the Isle of Man TT, the North West 200, Southern 100 and Armoy, dominating the Superbike class and setting a blistering new lap record at the TT.

The final international road race of the season, the MCE Ulster Grand Prix, saw Dunlop reach second place in the Lisburn & Castlereagh City Council Superstock race, and third place in both the McKinstry Skip Hire/James Jamieson Construction and Around a Pound Superbike races.

Noel Johnston, Clerk of the Course at the MCE Ulster Grand Prix said: “This is a really interesting move for Michael and I have no doubts he’ll go well on the GSX-R1000 under the Hawk Racing banner.

“I’ve seen a few of the early testing results on the new Suzuki and it looks like it’s going to be one of the most powerful bikes on the grid, with a super smooth delivery that will be a perfect fit for a fast and flowing circuit like we have at Dundrod.

“2016 was so close to being a perfect year for Michael and I hope he sees similar success this season. I know the local fans would love to see him back on the top step of the podium at the Ulster and there’s nothing like the support of a home crowd to push you on.

“Let’s not forget that Bruce Anstey held the world’s fastest road racer title on a Suzuki for six years before losing it to Hutchy on a BMW last year. I can’t help but wonder if Suzuki might regain the title this August,” he added.