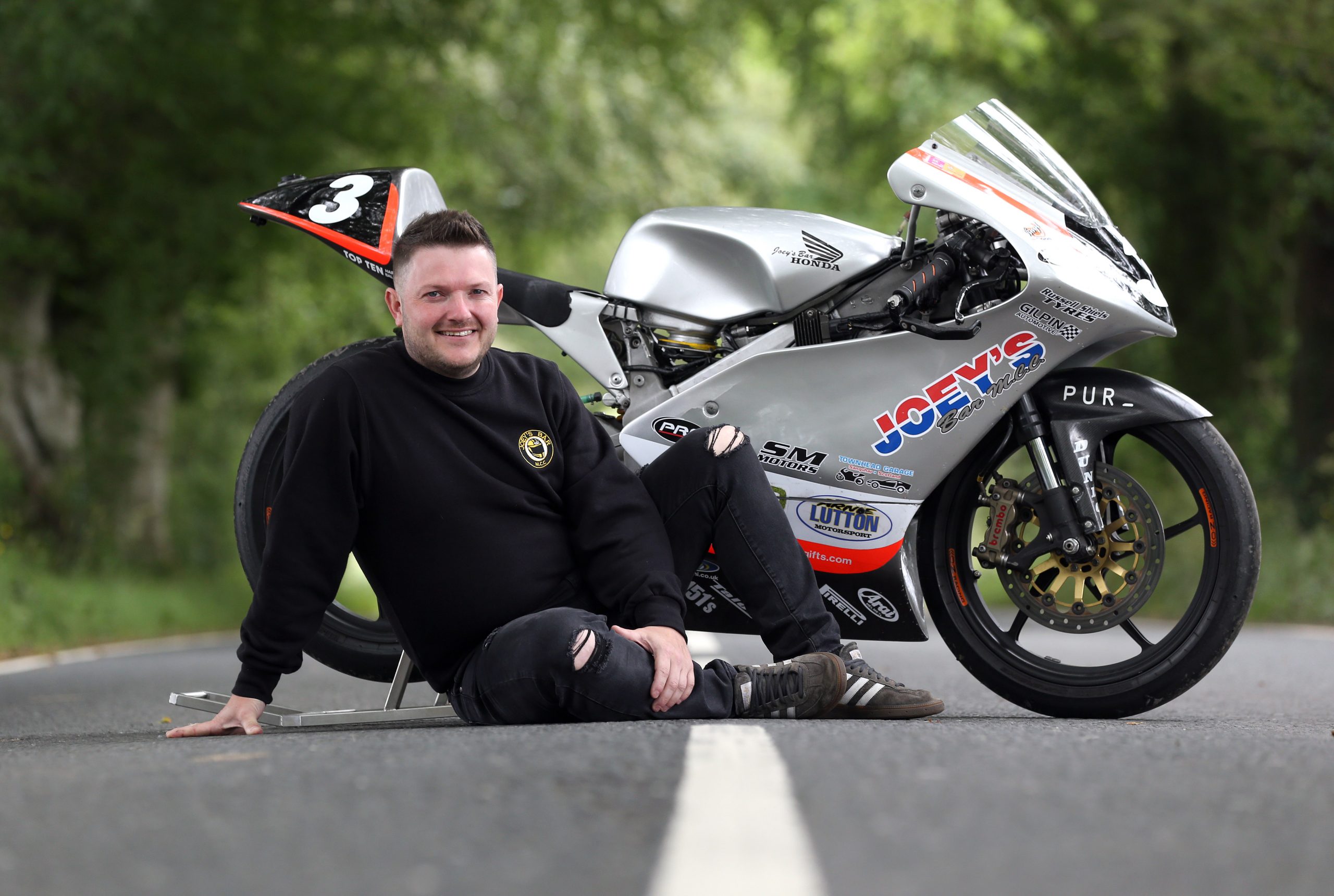 One of the fonaCAB Ulster Grand Prix’s greatest races, the titanic superbike battle between Joey Dunlop and David Jefferies in 1999, will be remembered during this year’s race week.

Joey’s son, Gary, will ride the famous silver and black RC45 Honda his father raced to victory against David Jefferies at Dundrod 20 years ago. Manxman Conor Cummins will ride Jefferies V&M R1 Yamaha in the tribute.

Many people, including Joey’s father, Willie, considered it to be one of Dunlop’s greatest road race victories. It was also to be the Ballymoney legend’s final Ulster GP appearance before he lost his life in a crash at an Estonian event in July 2000.

“I am really looking forward to having a run around Dundrod on the RC45.” Gary said as he visited the Dundrod circuit on the 19th anniversary of his father’s passing.

“I was at the Ulster in 1999 and it was a great day’s racing. The big bike race was unbelievable and I knew Dad would win because he just had that look on his face.”

David Jefferies had inflicted Formula One and Senior TT defeats upon Dunlop at the 1999 TT. The Yorkshireman arrived at Dundrod as the clear favourite even though he was making his debut at the famous circuit.

Dunlop had other ideas though and in the final race of the day he took the battle to Jefferies and his V&M teammate, Iain Duffus.  Road race fans who were on the Dundrod hedges on that August day will never forget his famous win.

“It was going to be tough but I knew Dad would push it in that race and make it a very special day.” Gary, who will also compete in the Moto 3 race at this year’s Ulster, recalls.

“The 1999 superbike race battle between Joey and David Jefferies was one of the greatest races ever seen at the Ulster and we wanted to mark the 20th anniversary in a special way.” UGP Clerk of the Course, Noel Johnston said.

“Joey rode his fastest ever lap of Dundrod to claim his 24th Ulster Grand Prix win and I am sure every fan will be as thrilled on August 10 as I will to see Gary and Conor back on the famous old course aboard the machines Joey and David rode that day.”