Hickman’s the man at the MCE Ulster Grand Prix 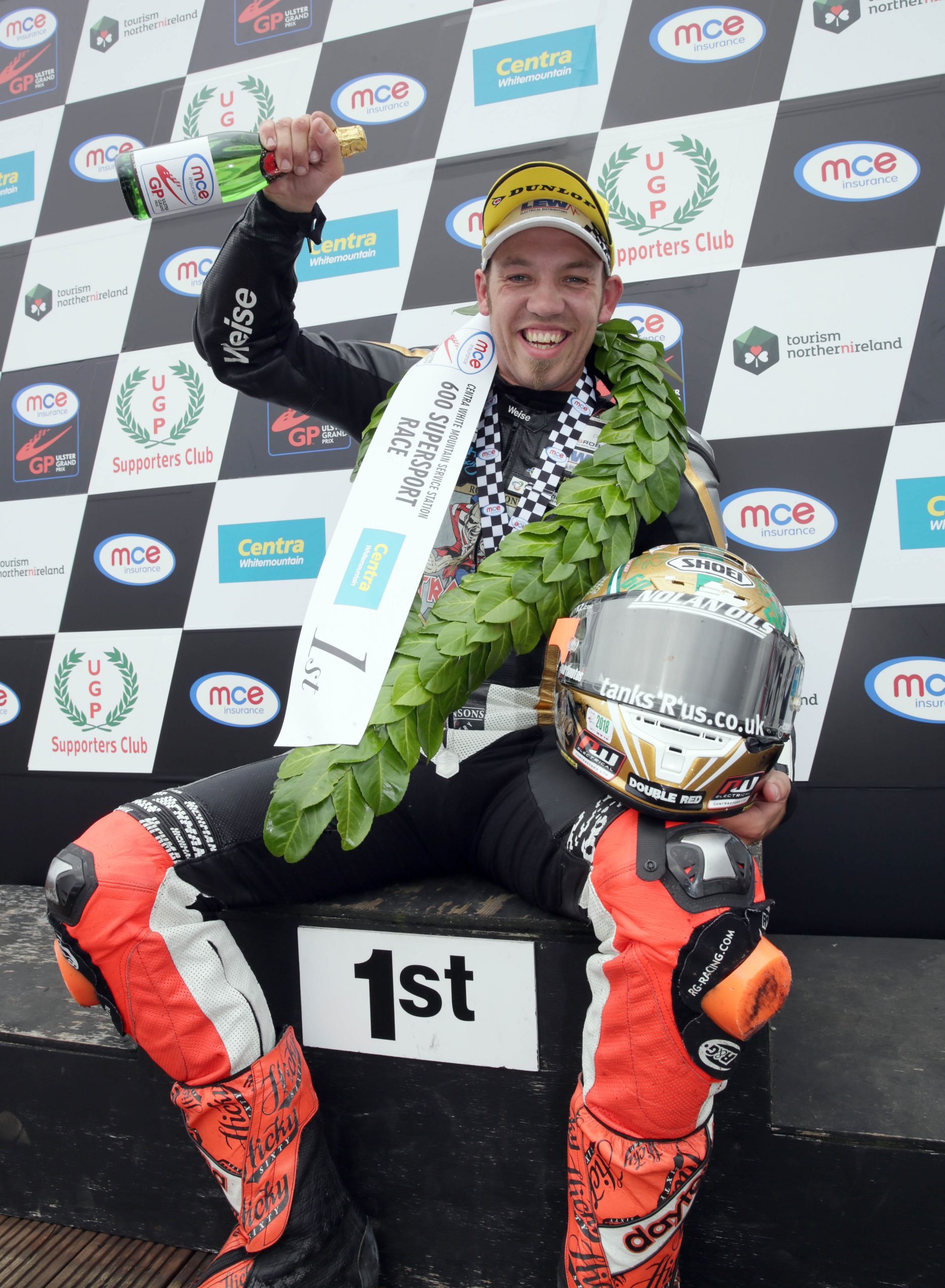 Peter Hickman added another accolade to his stellar 2018 roads season as he claimed the Man of the Meeting crown at the MCE Ulster Grand Prix for the second year in a row.

The 31 year-old was declared the winner in a reduced distance MMB Surfacing Superbike race, which combined with his earlier win in the Centra Whitemountain Supersport race and second place in the earlier Lisburn & Castlereagh City Council Superstock race, was enough to see him take the title ahead of Manx man Conor Cummins.

The results meant he lifted the Darran Lindsay memorial trophy for the second year running, in a day that proved challenging for Clerk of the Course Noel Johnston amid constantly changing conditions.

In the first race of the day, the Lisburn & Castlereagh City Superstock race, it was Silicone Engineering Racing’s Dean Harrison that took top honours by just 0.203 seconds from Hickman, with Cummins continuing his strong form from Thursday in third and Davey Todd a close fourth after a shortened race due to a red flag.

And while Harrison was setting a new Superstock lap record at the front, further down the pack there were some standout performances from Paul Jordan, who took sixth in only his second race on the Dafabet Devitt Kawasaki, and another Manx racer Ryan Kneen in 11th.

“It was a great battle. It’s such close racing round here at the moment with the amount of slipstream involved, and I was expecting a battle as the bikes are very evenly matched. I just kept going and going, we got the lap record which proved we were on a really good pace. I just thought get behind Peter, sit on him and figure out where I could make a move.”

The Centra Whitemountain Supersport race followed, which Hickman duly dominated after Harrison retired early on, breaking clear of the chasing pack to take the chequered flag 7.935 seconds ahead of the Padgett’s duo of Lee Johnston and Cummins.

It was a tight battle behind Hickman’s Trooper by Smith’s Racing Triumph, not only between Johnston and Cummins, who finished just 0.041 apart, but between Jordan and Michael Sweeney for fifth and Joey Thompson and Dominic Herbertson for eighth.

Commenting on the race, Hickman said:

“The Triumph has been running really strong and I had a good run out of Joey’s Windmill so I thought if I can pass Dean, which I did do, and if I can pass Adam at the same time then I could put a gap into them all.

“We all know Dean’s really strong on the Supersport bike and I don’t know exactly what happened, but I knew I got a gap and the gap kept growing so I kept my head down and kept hitting my points and managed to pull away.

“The Supersport bike’s not really my strongest class and I’ve had three wins here so it sounds daft me saying that with two wins last year and one this year but the bike just works really well and it suits me down to the ground.”

Then in the day’s only Superbike outing, the MMB Resurfacing race, it was Hickman who was declared winner ahead of Lee Johnston and Davo Johnson, who claimed his maiden international road racing podium on the Tyco BMW HP4-R.

It was a challenging session as the action was cut short twice – initially after Davey Todd slipped off at the Deer’s Leap with the Cookstown BE Racing rider later confirmed to have suffered suspected fractures, and then again in the restart due to inclement weather.

Lastly, in what ended up being the final racing of the day, the Plant Lubrication (NI) Ultralightweight / Lightweight race, Shaun Anderson took the spoils in the Lightweight class, while Michal Dokupil went one better than his result on Thursday when he took his first ever international win in the Ultra-lightweights.

A breakdown of the top five in each class is included below, but for full results visit https://ulstergrandprix.net/the-race/results/ 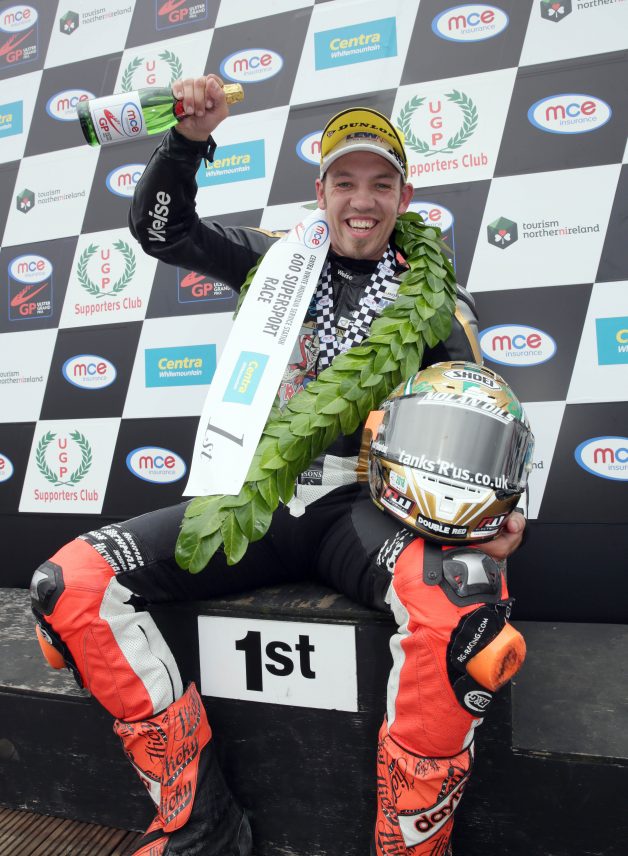