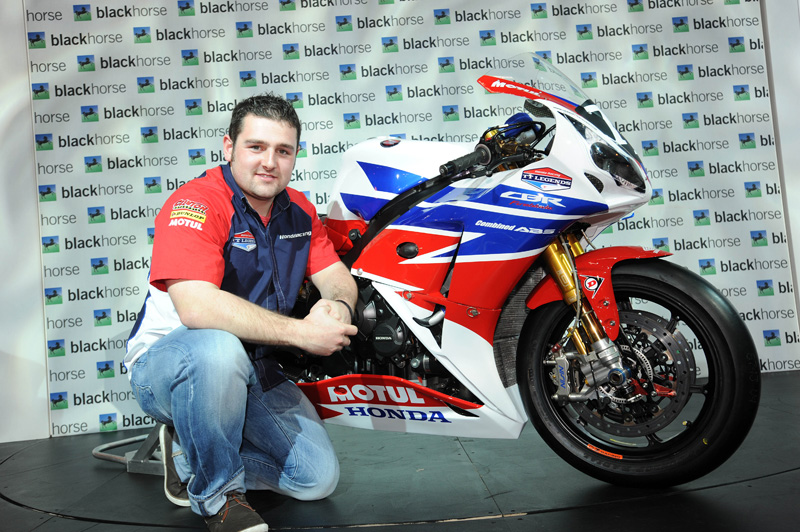 The Honda TT Legends Endurance World Championship squad will head to Germany this week for the penultimate round of the 2013 season, while Michael Dunlop will compete for the team at the Ulster Grand Prix road races.

John McGuinness, Michael Rutter and Simon Andrews will form a three-man squad for the 8 Hours of Oschersleben and following a disappointing first half of the season, the riders and crew are determined to put in a good performance. The TT Legends narrowly missed out on the podium at the same race in 2012, so hopes are high for another solid result this year. The 8 Hours of Oschersleben will begin at 13.00 CET on Saturday 17 August.

As the EWC team lines up in Germany, Michael Dunlop will be competing in the Superbike class at the Ulster Grand Prix aboard his Honda TT Legends CBR1000RR Fireblade. Dunlop already has six UGP wins under his belt and will be looking to add to his tally when he tackles the 150 Dundrod Superbike race on Thursday 15 August and the two Superbike races on Saturday 17 August.

Neil Tuxworth – team manager explains, “We’ve had a few issues in the first two rounds of the Endurance World Championship so this time we’re hoping for a trouble-free outing and ideally a podium finish. If we have no problems and the riders are running to their full ability I think we can definitely achieve this. As for Dunlop and the Ulster GP, it’s the third major road race of the year following the NW200 and the TT and one with tremendous history. It’s also an event at which Michael has been very successful in the past and we’re hoping he can continue this success aboard the Honda TT Legends machine. We’re pleased to be able to support him in the Superbike category and also wish him all the best in the other classes, which he’ll compete in with his own team.”

Michael Dunlop adds, “ I’m looking forward to racing at the Ulster on the Honda TT Legends superbike. We’ve done a lot of work on the bike this season with the NW200, TT and Southern 100 and we’re in a good position now. We’ve had some good results on it so it would be great to get a win at the Ulster too.”