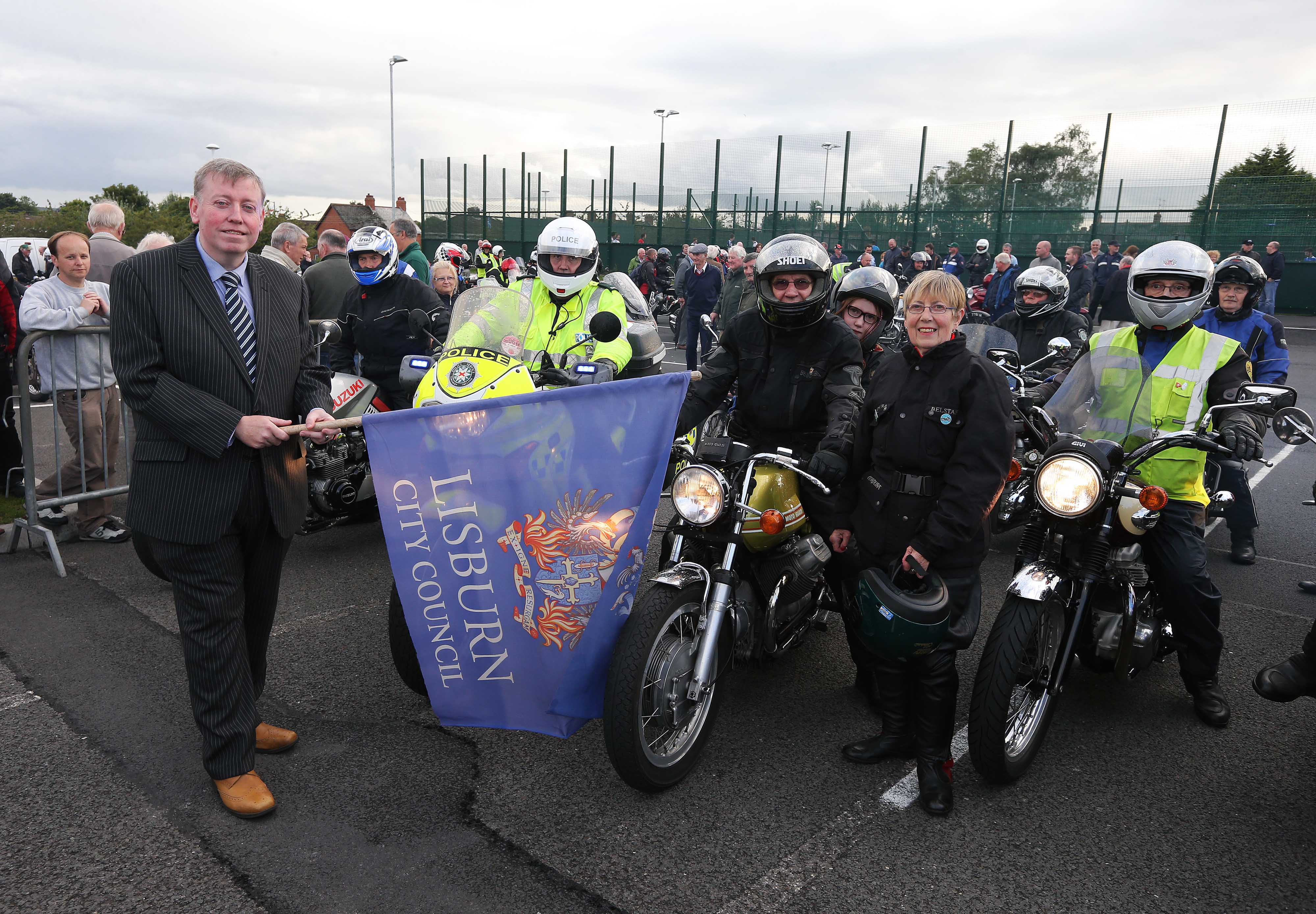 The Metzeler Ulster Grand Prix Bike Week 2013 will run between the 12th and 17th August (inclusive) in Dundrod, Co. Antrim. The main events are the Topaz Dundrod 150 race on Thursday 15th August and the Metzeler Ulster Grand Prix races on Saturday 17th August. Wristbands that allow entry to the course and the paddock all week cost £25. Under 16s are free.

A fantastic line up of competitors have already confirmed they are taking part and six riders (namely; Michael Pearson, Mark Hanna, Jamie Hamilton, Ian Lougher, Shaun Anderson, Christian Elkin and Lee Johnston) came along to the press launch to get everyone geared up for what promises to be a spectacular and energising event, with riders from across the UK and Ireland taking part.

Event organisers, The Dundrod and District Motorcycle Club, Northern Ireland Tourist Board and Council representatives also attended the launch. Alan Drysdale was the perfect compère interviewing the riders and getting an insight into what makes the Ulster Grand Prix such an attractive race to the best road racers in the world.

Mayor of Lisburn City, Councillor Margaret Tolerton, said she was delighted to welcome everyone to Lisburn for the launch: “It gives me great pleasure to host this evening’s launch of the 2013 Metzeler Ulster Grand Prix Bike Week and to celebrate the 60th anniversary of the first Ulster Grand Prix on the Dundrod circuit, which took place in 1953.

To hear direct from the riders what the race means to them provides us with a great understanding of the importance of the event. Not only do the riders get so much from it, but the spectators who support the race return year after year for a thrilling experience. The entire event is well organised by the Club and is also well supported by all the sponsors and people in the local area. I would like to extend my thanks to everyone who contributes to the Ulster Grand Prix in making it the success it is. Dundrod remains firmly on the map as the village that is home to the world’s fastest and indeed most popular road race.”

The Chairman of Lisburn City Council’s Leisure Services Committee, Alderman Paul Porter, said: “The Council has been supportive of the Ulster Grand Prix over the years and we are proud to be associated and involved with the event. The City of Lisburn is celebrating its status as the European City of Sport so it is very fitting that one of Northern Ireland’s top sporting events is taking place within the Council area. I am also pleased that the Club has been able to attract the international tyre company, Metzeler, as the title sponsor for the event. I am looking forward to another great race week this year and I trust that it will be safe and enjoyable for everyone involved.”

Speaking at the launch Robert Graham, Chairman of Dundrod and District Motorcycle Club said: “With just over a week to go until Bike Week 2013, preparations are well underway around the circuit and we are feeling confident of delivering another first class event. I’d like to take this opportunity to thank all the sponsors and stakeholders who have supported the event to this point, and of course the fans who come to Dundrod every year, come rain or shine.”

Noel Johnston, Clerk of the Course said: “We know that expectations are high for this year’s Ulster Grand Prix and we have a brilliant line-up of competitors, so as long as the weather holds up, hopefully no-one will go home disappointed. Anyone who wants to attend can purchase their entry wristband at Topaz Airport Road Service Station, all Lidl stores in Northern Ireland from the 5th of August while stocks last, and at the road ends approaching the circuit.”

Lisburn City Council has also been liaising with the “30 Motorcycle Club of Ulster” to hold an event in the City centre. The event is planned for Lagan Valley LeisurePlex on the evening of Monday 12th August 2013. A number of classic bikes will assemble at 7.30pm at the Lagan Valley LeisurePlex to head off around the circuit and to return at 8.30pm when their bikes will be on display. Also there will be an outdoor display of several bikes from the 1960 era which raced at Dundrod and Trialstar will be entertaining the crowds with their amazing skills on motor bikes.

An exciting new event this year will be an indoor display in Lagan Valley LeisurePlex of motor bikes and memorabilia featuring the Dromara Destroyers and also other motor cycles that have won over the years at Dundrod. The exhibition will be open daily from Monday 12th August until Wednesday 14th August from 2.00pm – 10.00pm 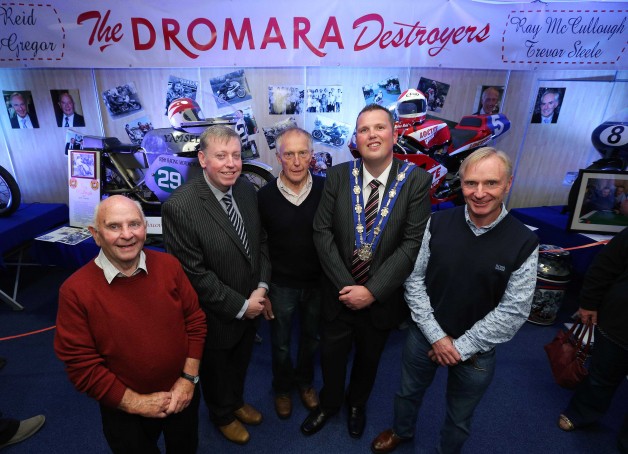