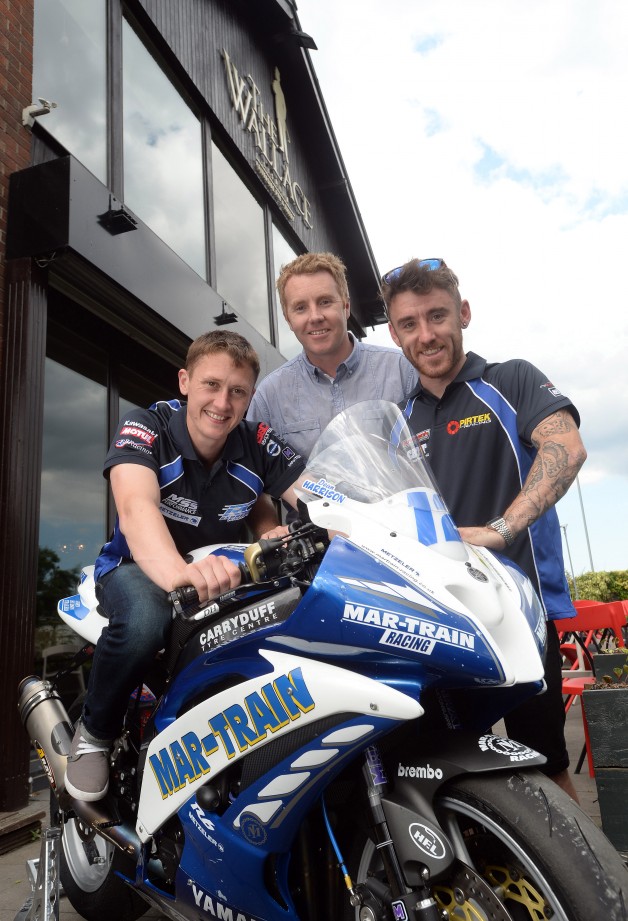 Lee Johnston is confident that he can stand on the top step of the podium at the Metzeler Ulster Grand Prix as he makes his final preparations for the 2014 event.

Pictured are racers Dean Harrison and Lee Johnson with Phil Patterson, Director of Fortuna Inns who have confirmed a new partnership with the Metzeler Ulster Grand Prix.