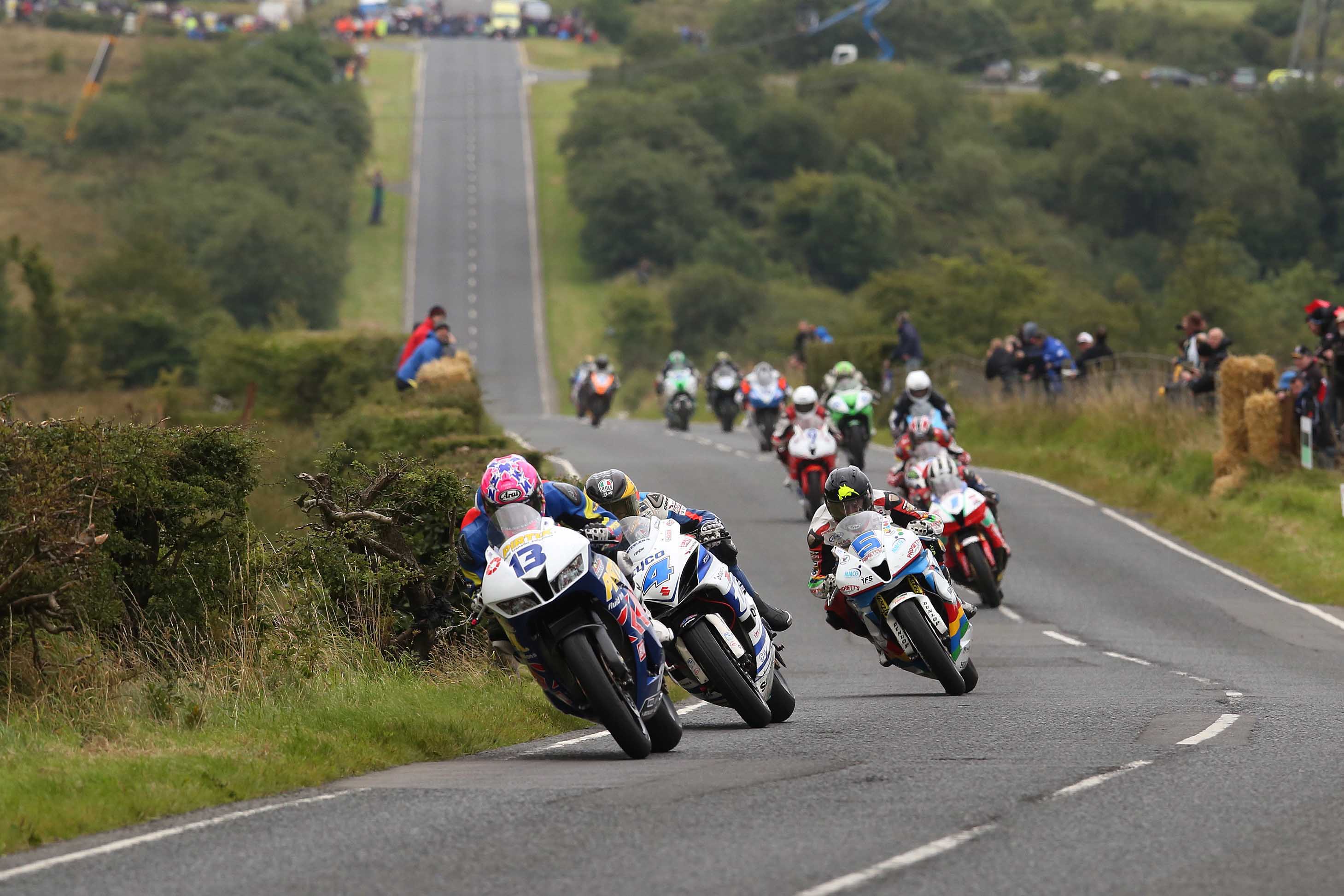 LEE Johnston is ready to justify his tag as one of the rising stars of road racing witha win at the 2015 Metzeler Ulster Grand Prix.

The 26-year-old is tipped as one of the sport’s brightest talents, having stood on the podium at Dundrod in 2013 and 2014, and won the lightweight and Superstock races at the North West 200.

The Fermanagh racer also took his first podium at the Isle of Man TT, and he now feels he’s in a great position ahead of Bike Week at Dundrod, especially with the bigger bikes.

Johnston said: “I’m really enjoying riding all my bikes and for the first time I’m properly comfortable on the superbike.

“The last few years I didn’t spend as much time on the big bike and it just took a bit longer get everything right, but this season has been a step up.

“Even at the Ulster last year we weren’t completely there. It was nice to run with Bruce and Guy and know that we have the pace, but it wasn’t until we went to Macau that it all clicked.

Johnston’s East Coast Construction team has managed a successful switch from Honda to BMW machinery and he’s is confident that they’ll be on the pace come race day at Dundrod.

He added: “As a team we’re not searching for anything now, we know we have the speed and we know where we should be, so the focus is purely on finding a good set up.

“The BMW is very technical but we can manage it well. I’m the sort of rider that takes a little bit of time to get going but hopefully we’ll be there or there abouts come race day. There are no prizes for practice after all.”

When asked about his personal targets for Dundrod, Johnston has a clear idea of what his goal is for Bike Week.

“Everybody wants to win a superbike race. That’s the goal. There’s no reason we can’t do it. I feel good in myself and I’m fit and healthy so we’re in a good place,” he said.

Noel Johnston, Clerk of the Course at the Metzeler Ulster Grand Prix said: “Lee is one of our most promising local riders and I know he’ll have a lot of fans cheering him on at Dundrod.

“He’s adapted well to the BMW machinery and he looks almost unstoppable on the Superstock bikes at the minute, so I’m really looking forward to seeing what he can do.

“There are a lot of fast riders out to stop him though, so you can be sure that we’re in for some really close racing.”