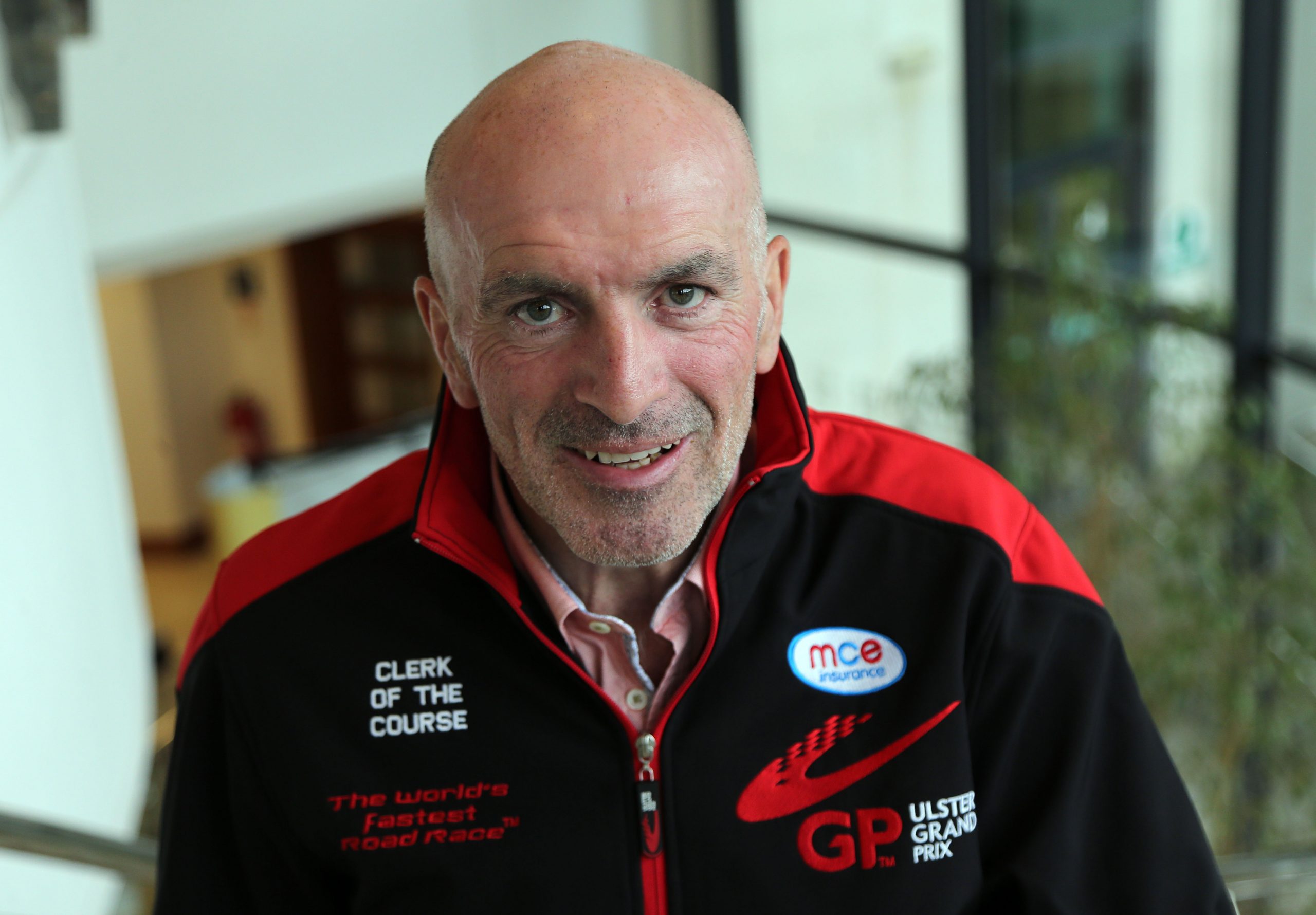 I’m pleased to say the final pieces are coming together for the 2017 MCE Ulster Grand Prix. We have a great line up of riders, course preparation is coming on well thanks to our volunteer workers, whose efforts are priceless and to be commended.

Some of you might not know that I am a big fan of Emmerdale, so when I found out Dominic Brunt a.k.a. Paddy was a big racing fan he went on my hit list to get him over to the Prix.

When I contacted him he was in awe to be invited and is really looking forward to coming over, so any other fans of the soap that would like to meet him he will be at Dundrod on Friday 11th and Saturday 12th August, but please don’t bring your pets, he is not really a vet!

As a lot of you know I’m a big fan of 2 stroke racing so when Bruce agreed to race Clive Padgett’s 250 I was really excited and as long as he doesn’t take Darran’s lap record I’ll be happy.

Great to see Paul Jordan getting his maiden win in the 600 class at Faugheen, Paul had a frustrating start to the season and was putting pressure on himself to do better and then sliding off at the TT didn’t help his confidence, so to get that result will do him the world of good.

Due to public demand we have Superpole back again this year. We ran it last year to see how it would go and we got lots of positive feedback, from the riders’ respective a lot said that apart from setting pole it was great to get a couple of quick laps in before racing commenced to get the heads dialed in and as for the race fans, everyone we spoke to loved it.

I would like to wish all the competitors and officials a safe weekend’s racing at Armoy. Bill and his team have got a great entry, it is one meeting I look forward to attending every year, there is always a great atmosphere and buzz about the place.