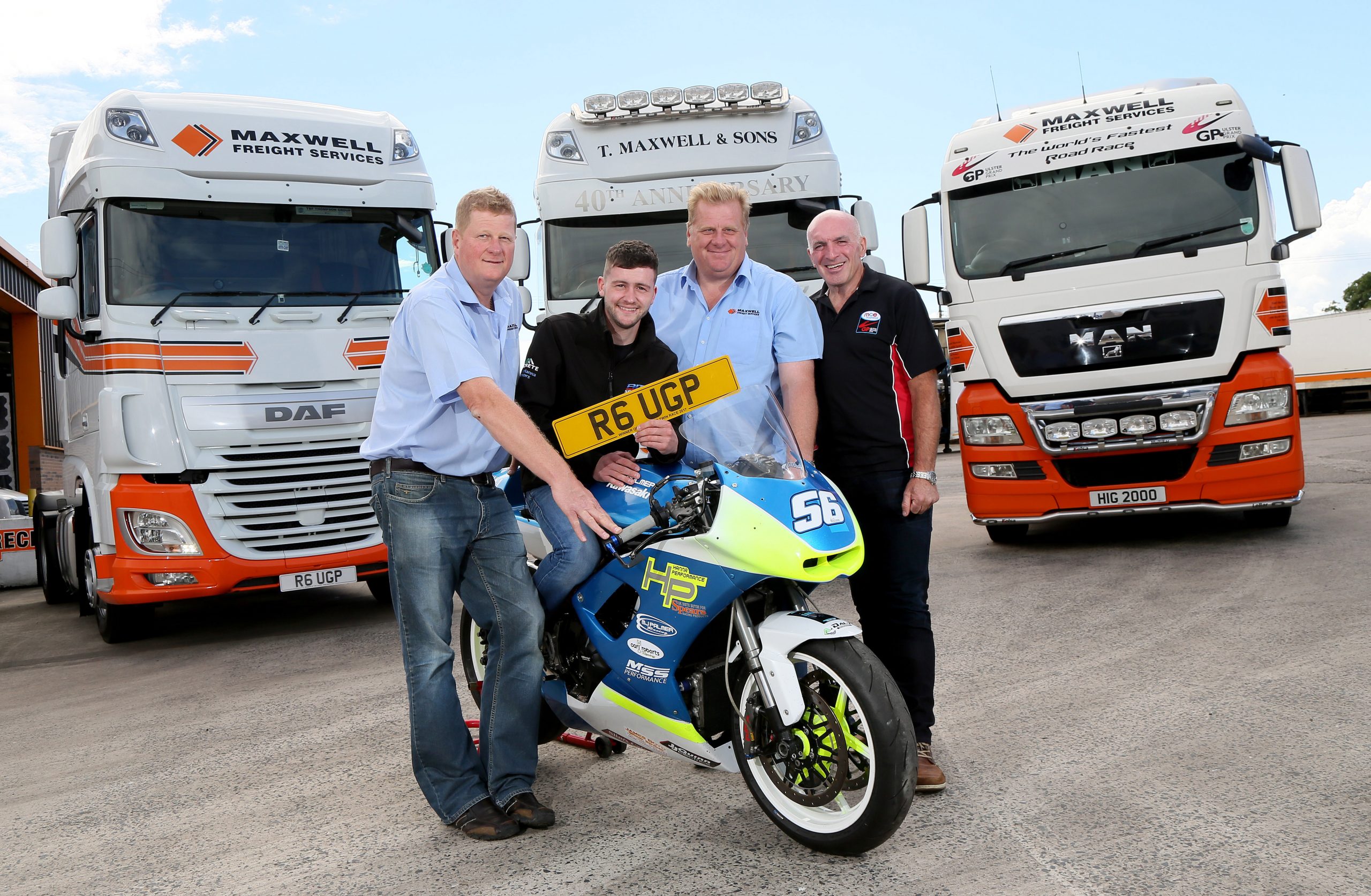 The MSS/Hotties backed rider, who only began his roads campaign in 2015 after a highly successful short circuit racing career, is creating a stir amongst the road racing community, with many considering him one of the sport’s fastest up and coming talents.

In addition to his debut TT success, he has this year won the 600 race at Cookstown, placed 4th and 5th at the North West 200, won the 600 at Walderstown, coming second at that event in the Supertwins category.

21-year-old McLean has this year entered the Ultra Lightweight, Supertwins and 600cc classes for this year’s event, with his sights firmly set on achieving his first ever international road race podium.

Adam stated: “I’ve had a really strong year and it does give me a lot of confidence coming to the Ulster.

“It was nice to get the Leading Newcomer award at the TT, I’d put a lot of homework in over the winter and did a lot of laps to get used to the circuit, so I was happy. Before I went I set myself a goal of a 120mph lap and to do that on the third night of practice, I was over the moon.

“I’ve only been road racing a couple of years really, and for this being just my second full year in road racing, if somebody had told me the results that I’ve got at this stage I’d have probably laughed at them. I am living the dream and just really enjoying it.

“I have to say though that it doesn’t matter to me whether everyone is talking about me, or nobody is, I’m still going to go and give 100% as I always do so I just need to keep focused on my goals,” he said. 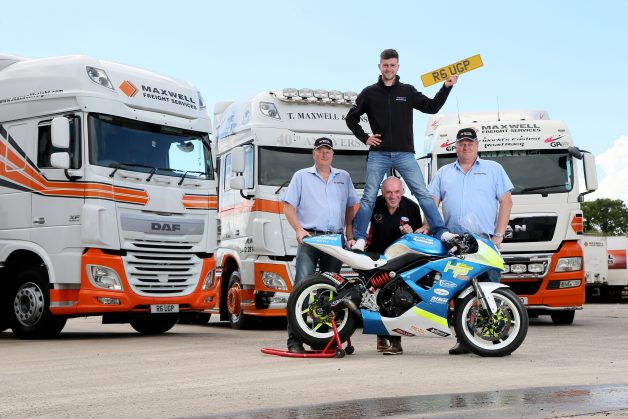 “I’ve the best bikes I could possibly have at the minute and I have a lot of good people around me so I’m more than happy with my set-up running up to the Ulster. I’d almost prefer to keep my goals to myself but I know what I want to achieve and I will have a really good crack at it. In the Supertwins class I’d like to be there or thereabouts with a podium or a win and I’d be really happy with a top five on the 600.

“Dundrod is fast, it’s flowing and it suits my riding style, I really enjoyed last year and the fact that I’m now a lot stronger and my pace is a lot better means I’ve been looking forward to getting to it all year.

“I’d like to add that we’re a small run team and it’s extremely difficult to operate financially at this level, so we’re always happy to welcome new sponsors on board,” he added.

McLean was on hand as Supertwins sponsor Maxwell Freight Services announced a special prize for the winner of their race on Saturday 12th August in the form of a customised set of number plates.

As their race is the sixth of the day, the Maxwell brothers Tommy and Terry have created a set of plates reading ‘R6 UGP’ for the winner to keep.

Noel Johnston, Clerk of the Course at the Charles Hurst Motorcycles Dundrod 150 and MCE Ulster Grand Prix said: “I have a feeling that Adam could be the real dark horse of this year’s event. I have been seriously impressed with what I’ve seen of him so far and he’s only just getting into his stride.

“This is a young guy that really does his homework before taking to the grid at any circuit and that’s a big plus in my book because as well as having the skill, the machinery and the speed, you need to approach any road race, but especially a technical circuit like Dundrod with a healthy amount of respect and knowledge of what you’re taking on.

“Adam is one to watch for sure, in any of the classes he’s competing in. There’s an added incentive this year for him to win the Supertwins race though, as race sponsors Maxwell Freight have created a pair of customised number plates for the winner. They’re a super company who regularly go above and beyond in their support of the event and the riders, and this is just one example,” he added.