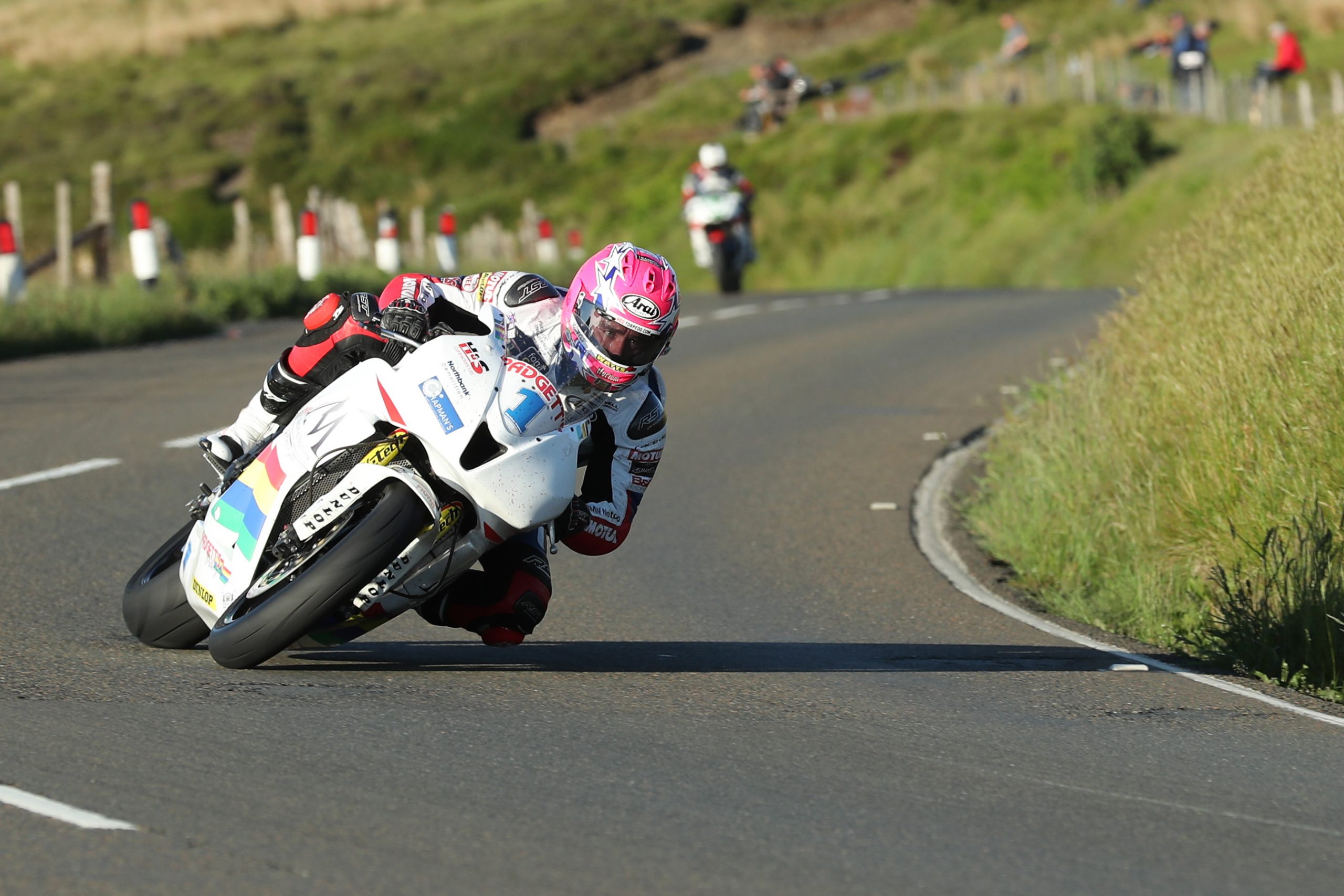 Fermanagh rider Lee Johnston has confirmed to race organisers that he is fit to compete in the MCE Ulster Grand Prix, having sufficiently recovered from injuries sustained in June at the Isle of Man TT.

28-year-old Lee was airlifted to hospital with back, tailbone and finger fractures after coming off his bike during Supersport practice, ruling him out for the remainder of the event.

The straight-talking road racing star said that his goal of making it to the Ulster helped his recovery and that despite the fact he hasn’t yet gotten any time on the bikes since the crash, he is coming with at least one win in his sights.

Johnston said: “I always go racing to win and if I’m feeling good and well as hopefully I am then I plan on trying to win a few races at the Ulster.

“You’re wasting petrol and fuel and tyres and everything if you’re not going with winning in mind. It might not happen but you have to at least set that goal, if you turn up thinking you’re only going to get top five then you’re definitely not going to win.

“It’s a big relief to be feeling race-ready for Dundrod. Only the people closest to me know that when I was still in the hospital I made a plan in my head that this was what I wanted to do and having that goal helped me in recovery, you need to be aiming for something.

“I’ve worked really hard to get to this point, I’ve been at everything from oxygen chambers to a guy coming to the house with a magnetic bed and all sorts.

“I feel loads better than I did a month ago. I’m still a little bit sore, but my back has healed up well and the break has healed but it’s just the nerve damage to deal with and that’s going to be sore for months and months. I’ll get a painkiller injection before the Ulster to calm it down a bit.

“Apart from that I feel good, I’m back doing some light training. I haven’t ridden a bike yet but we’re planning to do a test next Thursday. I’ve been riding bikes long enough and had enough crashes that it doesn’t really make much different to me confidence-wise. I just have to get bike sharp again and the only way to do that is to get back on it.”

Johnston will be riding the East Coast Racing Team Superstock and Superbike machinery and will join Bruce Anstey and Conor Cummins on the Padgett’s Motorcycles team for the Supersport class.

“The good thing is I’m riding bikes that I know well which helps massively and I wouldn’t be going at all if I didn’t think I was going to be competitive.

“I might be a little bit rusty for the first couple of races until we get going again but the good thing about that is we have the Thursday racing to get back in the swing of it and then I’ll be hopefully be ready for the Saturday,” he said.

Clerk of the Course at the MCE Ulster Grand Prix Noel Johnston said: “The news that Lee has recovered well enough to compete is very welcome, and adds to overall the strength of the entry list.

“After a disappointing season in 2016 which culminated in him breaking his collarbone after a crash during practice last August at Dundrod, Lee seemed to be back to his best at the beginning of this year. It was a shame he crashed out of the TT when he was going so well up to that point, but the good news for him is that it’s all to play for at the Ulster.

“He was our 2015 Man of the Meeting and I know that a lot of people will be glad to see him back, and hopefully on winning form once again,” he said.