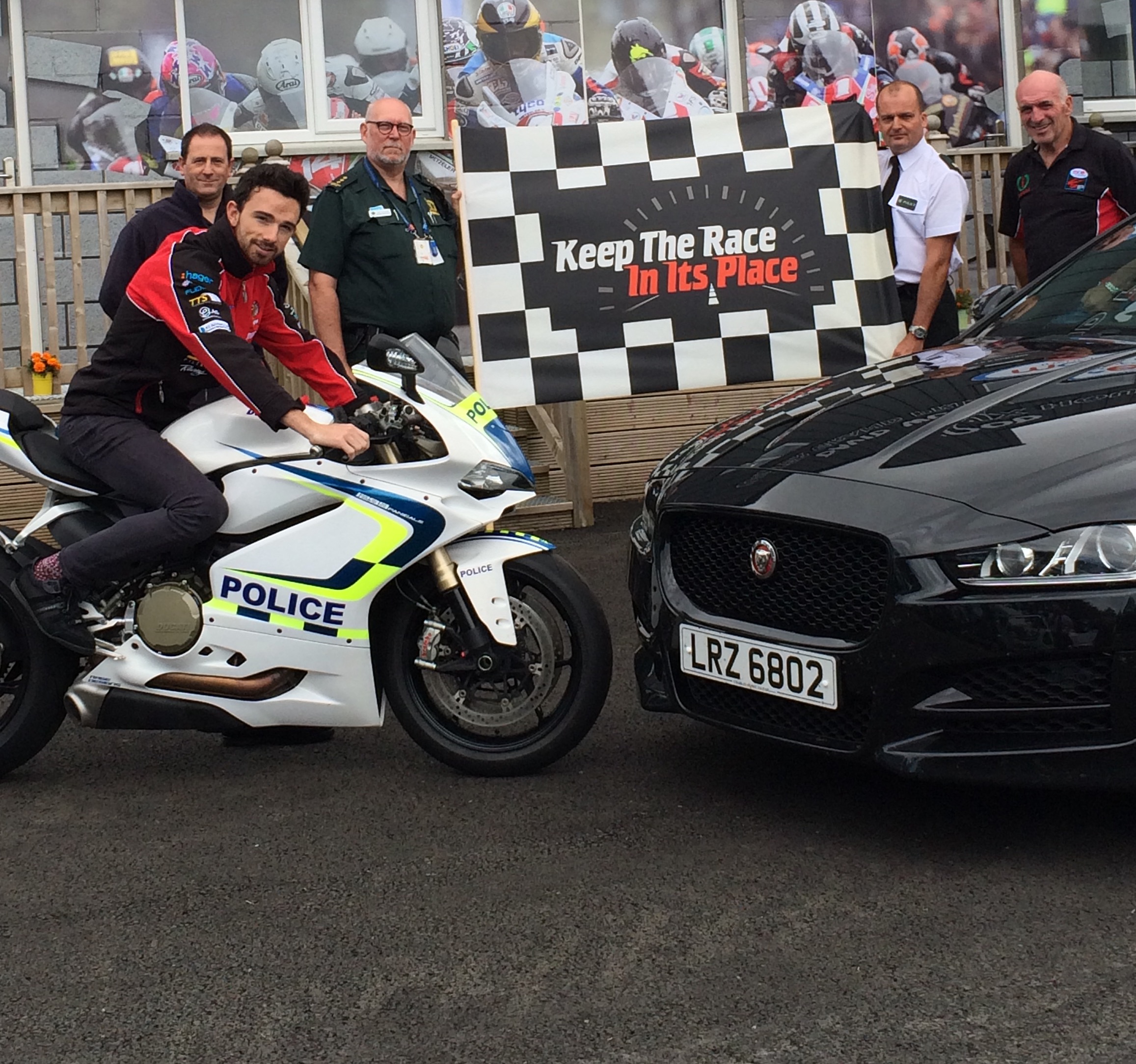 The Ulster Grand Prix returns this August and Police in Lisburn and Castlereagh are appealing to everyone in the motorcycling community to ’Keep the Race in its Place’.

The Ulster Grand Prix takes place in Dundrod and is known as ‘The World’s Fastest Motorcycle Road Race’, but Police are urging enthusiasts and spectators alike to keep the speed on the race track. Police want everyone who comes to the Grand Prix to enjoy themselves but road safety must come first.

Superintendent Sean Wright, PSNI District Commander for Lisburn and Castlereagh District, said: “As a motorcyclist myself, I am reminded daily that we are more vulnerable when out on the roads. The greater the speed, the more violent the crash.

“Emulating your favourite professional racer on public roads will at the least get you into trouble with police. At most, you could be involved in a fatal collision. If you are coming to Dundrod, ride with safety in mind, stay within the speed limits and ride steady. Anyone seen riding in an erratic or dangerous fashion will be stopped by police. In addition, we are reminding all drivers that they need to be aware of greater numbers of motorcyclists using the road network, particularly when emerging from and turning into junctions.”

“Police will continue to robustly enforce road safety during the event to keep people safe. The vast majority of Grand Prix participants and fans leave the racing to the professionals on closed roads, but sadly there will always be a minority who through their own selfishness or stupidity, will give race fans a bad name.”

Superintendent Wright also gave a warm welcome to international race fans coming to Lisburn and Castlereagh District: “Many fans will be coming from far and wide and I want them to enjoy a safe and crime-free Grand Prix. Those who plan to camp at various sites should remember to keep your belongings safe. Tents are notoriously hard to secure. If you are leaving them for any reason, take expensive belongings with you.

“There will be many commercial stands at the Ulster Grand Prix and to those organisers I would remind them to be conscious of crime prevention.

“I would ask motorcyclists to consider taking part in the PSNI’s BikeSafe programme, if they haven’t already done so. BikeSafe is an initiative run by police services across the United Kingdom, with support from motorcycle industry partners, aimed at reducing the number of motorcycle related casualties. It offers motorcyclists the opportunity to take part in a BikeSafe Assessment designed to enhance the skills of riders who have already passed their test. By passing on their knowledge and experience, police motorcyclists can advise you on how to become a safer, more competent rider and help you avoid some of the most common causes of accident and death.

Noel Johnston, Clerk of the Course at the MCE Ulster Grand Prix: “We strongly support the PSNI message to keep the race in its place. We work very hard to create an environment that is safe as possible for racing but every year without fail there’s someone who fancies a rally round the circuit before or after the racing and it’s just not acceptable or responsible. These are winding country roads that are carrying greater volumes of traffic than usual around Bike Week, so please bear that in mind before becoming a danger to yourself and other road users.”