Looking back and looking ahead: Bike Week 2016 is already an exciting prospect 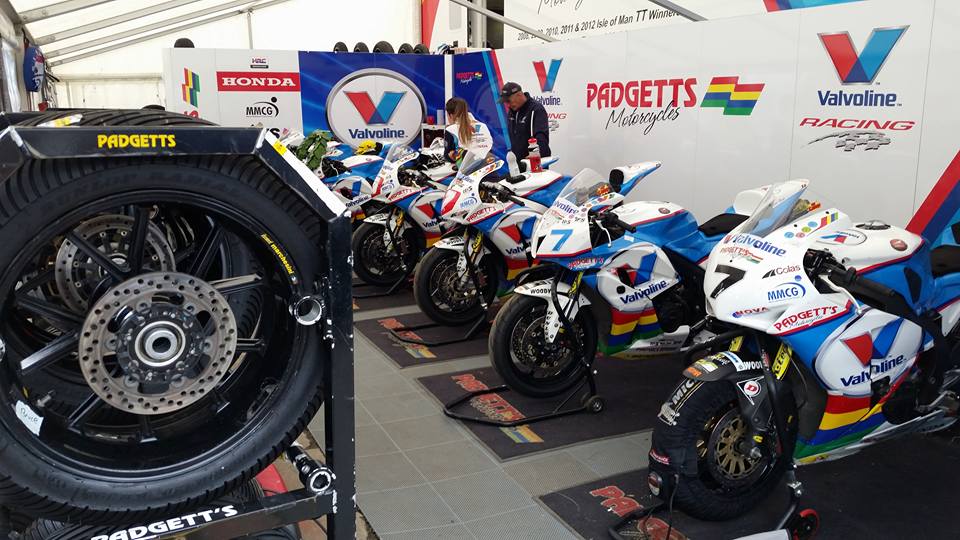 In his latest article, road racing fan Peter Moore shares his experience from the 2015 Ulster Grand Prix and gives a glimpse of the racing action and electric atmosphere you can expect at Bike Week this August.

So here we are in 2016, it’s quite hard to believe! It seems like only yesterday that I, along with every other road racing fan, was looking forward to the 2015 Ulster Grand Prix and now we’re eagerly awaiting Bike Week 2016 with an even loftier whetted appetite.

The older I get, the more quickly time seems to pass and I know it won’t be long before I’m standing trackside once again waiting for the first race. But when the time comes I’ll be sure to remember this moment, writing during the winter with the rain beating off the window and the wind howling outside!

Everything else seems very quiet right now, as the road racing season is over and the domestic and international championships are finished, so what does a motorcycle fanatic do in these dark and cold days? Some hardcore bikers still get out, but for most of us we are left dreaming of a break in the weather and spring to arrive so we can scratch that petrol fuelled itch and indulge our passion again.

Race day last August began crisp and clear with the weather warming nicely. It seemed only fitting that we (my friend Neill and I) took the bikes up to the Dundrod Circuit, Neill letting me ride his new Ducati Diavel. As he tossed me the keyless ‘card’ I was like a spoilt child in a sweet shop, and it was probably the most visceral riding experience for me do date.

In the glow of the early morning sun we were able to take a small tour of the circuit on the bikes, but it wasn’t long before the roads began to jam up with eager fans wanting to claim a good vantage point.

We wandered around the pits in amazement (nearly getting knocked over by Keith Amor in his van, thanks Keith!), looking at the machines. It seemed almost unbelievable that they would soon be hurtling round the track at eye watering speeds. Everything seemed so calm, so sedate and matter of fact. I tried to put myself in the scenario and mind of a racer and simply couldn’t do it – I’d be a bag of nerves probably throwing up round the back of the garages!

There is, perhaps, no place better to get an idea of the speeds these bikes reach than the start/finish straight. However, I have always preferred a sweeping bend or corner, as not only do you get a better view of lean angles and apparent defiance of the laws of physics, but the bikes are a little bit slower and one can get closer to the action.

We meandered away from the hospitality and pits area but it wasn’t long before the hooter sounded to clear the circuit, so we stood with a rather sizable crowd just east of Dawsons Bend on the slope overlooking the circuit, the helicopter buzzing overhead combined with the slightly distant sounds of the Superstock engines revving simply adding to everyone’s already feverish sense of anticipation.

Even on the warm up lap, the wail of the race tuned engines was mellifluous and Lee Johnston’s distinctive pink F13k Cancer helmet was being closely followed by Peter Hickman’s green and white Shoei which was, as things turned out, how the race would be run.

There was chatter among all of the fans during the races, some with radios or the UGP earpieces providing up to date information, and lots of speculation as to who would take home the big prize.

After the first race we moved to the inside of the Quarries for the Supersport race, and it is undoubtedly the closest I have ever been to the racing action. The bikes were inches from us and as Hickman’s MV Augusta went past the deep, roaring engine note not only shook my chest, but nearly deafened me.

By this stage though, it had started to cloud over and the decision to wear only t-shirts from the pits was regrettable – especially as some exceptionally well-prepared fans were almost sniggering at our shivering and goose-bumped bodies whilst they reclined fully wrapped in their portable thrones!

I have no shame in admitting we chickened out and sought refuge under cover, but the racing action didn’t stop and it was no less exciting. As many thought, the ‘young guns’ rose to the top of the pile, with Lee Johnston undoubtedly the man of the meeting, closely followed by Peter Hickman and the ever present and apparently age defying Bruce Anstey – will he remain one of the undisputed Kings of the Road in 2016?