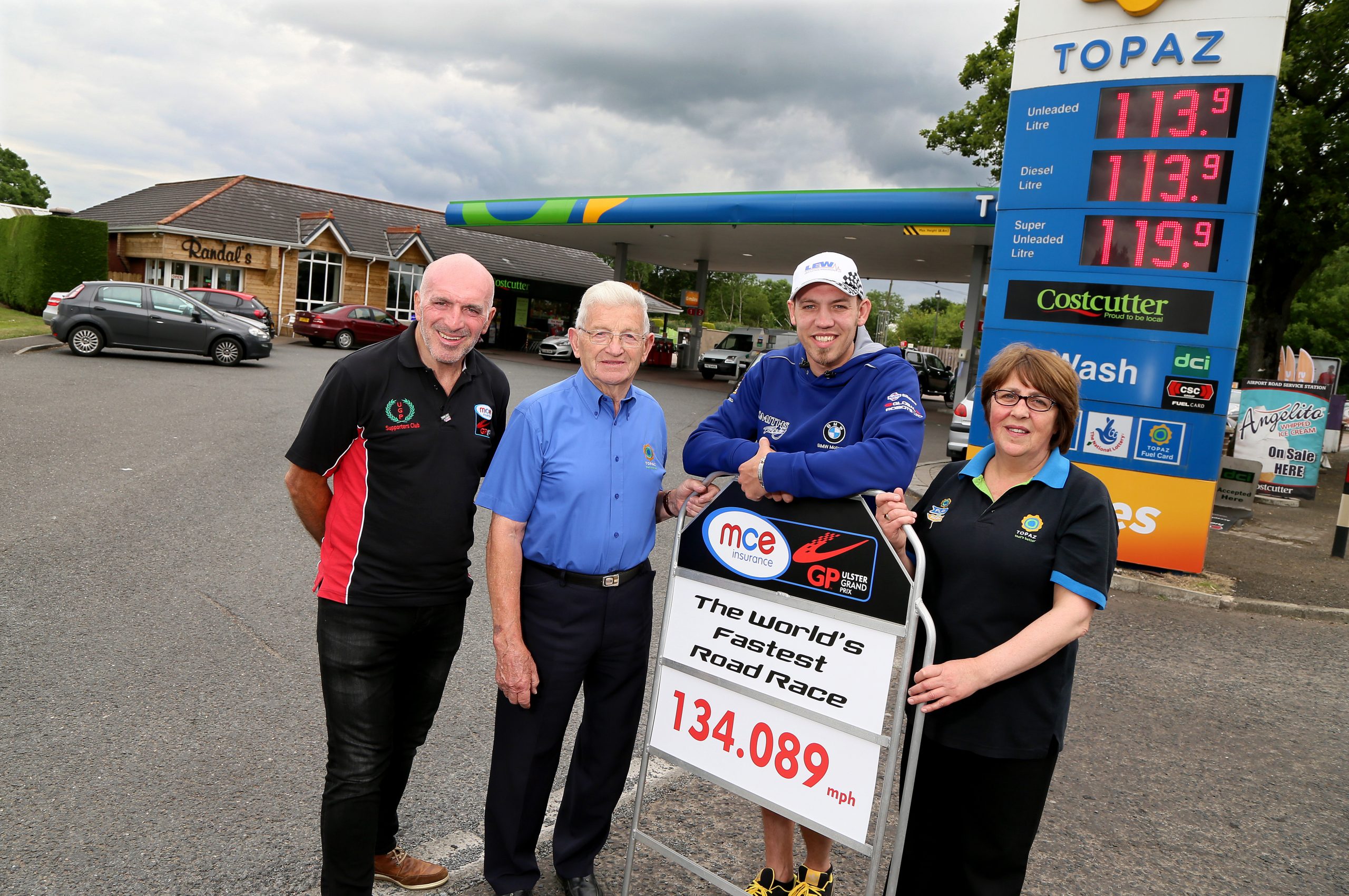 Smith’s Racing BMW rider Peter Hickman has stated he thinks the lap record could easily be smashed at Dundrod as the 2017 MCE Ulster Grand Prix bike week gets underway.

The MCE BSB star has been on red-hot form this year, currently in the sixth and final showdown spot, and securing five podiums out of five races at this year’s Isle of Man TT.

Louth-based Hickman achieved his first ever international road race win at the MCE Ulster Grand Prix in 2015 in just his second year at the event, which is the world’s fastest road race.

Speaking about the lap record, which Ian Hutchinson broke in 2016 when he reached 134.089mph, Hickman said: “I definitely think we could go a lot faster than 134mph.

“It all depends on the conditions obviously, if we can have a good couple of days of practice and get to Saturday with some good laps under our belt then I don’t see why we can’t push it up to maybe 135 or 136mph.

“It’d be great to have a lap record around a road circuit, apart from my newcomer record at the TT I’ve not had an outright lap record anywhere on the roads so it’d be nice to do something like that, and good to do it at the Ulster.”

30-year-old Hickman credits the ongoing support of his team, Smith’s Racing, as having a big part to play in his success.

“I’m very happy with where I am and I have the right people around me. Being able to hit the ground running at the start of the season gives you a competitive edge when you go testing and we’ve done a lot of development with the team. Every time I get on the bikes there’s something new to try and that’s a real big part of being able to move forward.

“It’s been a really strong year for me, the BMW has been working really well, we’ve managed to find a little bit of a sweet spot with it, which makes life a lot easier.

“We want to turn up at Dundrod and have some good racing and at least be on the podium a few times and we want wins as well, that’s why we’re turning up. I can’t see why we can’t be in the top three in all the classes.

“I’m expecting there to be a few of us at the front, and hopefully we’ll put on some good racing for the fans; Michael Dunlop, Dean Harrison, Dan Kneen and Conor Cummins should all be in the mix.

“Dundrod is just an untouched, proper circuit, just as it should be. It’s fast, it’s flowing, it hasn’t had to be adapted with chicanes to try and make it safer; it already is as safe as you can make a road race, even though it is ridiculously fast.

“It’s just such a good circuit to ride around, it makes me smile from the second I go out.

“I enjoy riding on the roads so much, it’s so much fun, and I also enjoy the British Superbikes, and I’m fast doing both which is why I get so much excitement from both. For me it’s all about riding bikes as much as possible,” he added.

Clerk of the Course at the MCE Ulster Grand Prix Noel Johnston said: “Hicky is on superb form this year, and let’s not forget he was the fastest ever man through our speed trap last year at 199.8mph.

“He’s just a real natural talent and the beauty of it is that despite how well he’s riding at the moment, I don’t think we’ve seen the best of him yet. With the right set of circumstances, he could be serious contender for the MCE UGP Man of the Meeting,” he added.