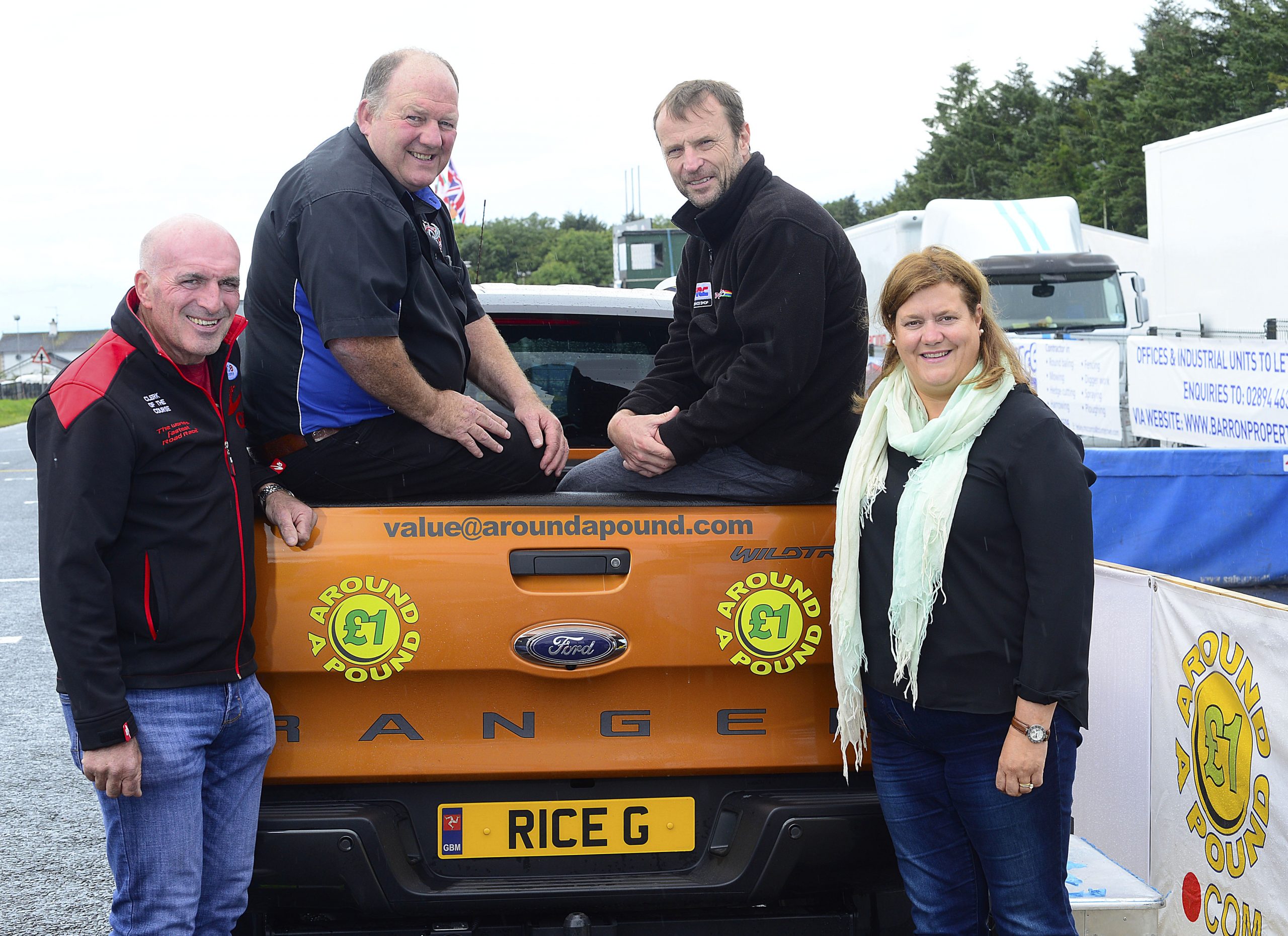 Flying Kiwi Bruce Anstey has set his sights on the outright lap record at Dundrod as he makes his final preparations for race day at the MCE Ulster Grand Prix.

The Padgett’s Honda racer famously lapped at an average of 133.977mph aboard his Relentless Suzuki in 2010 and his record stood right through to 2016, when Ian Hutchinson finally broke the 134mph barrier.

Anstey however, says there is a lot more to come from the circuit, commenting: “Right conditions, we’ll be pushing each other and pushing 135 I reckon. I’d really like to have the record back to be honest, but we’ll see what happens. I’ll be trying”.

The 48 year-old is set to have a busy week at Dundrod, not only riding the RC213V-S in the Superbike class, but also returning to his roots with an appearance on the RS250 he’ll compete on at the Classic TT.

Speaking as Around a Pound confirmed their ongoing sponsorship of the 2nd Superbike race, Anstey said: “I’ve got a good chance on everything really, and this is the first time I’ve run a 250 around here so I’m looking forward to that. It’ll be pretty much flat out everywhere and it’s going to be good fun to ride, but the 600 is good as well”.

The 2017 season has been challenging so far for the famously laid-back Anstey, but he’s already put previous races behind him to give it everything at Dundrod.

“At the North West I just struggled to get going and it was the same at the Isle of Man. Then in the Senior we got up into the top five and the bike let go. The season has been pretty rubbish, but I don’t really feel any pressure here. I just want to ride well, give it 100% and see how we get on.”

The New Zealander currently sits fourth in the list of all-time winners at the MCE Ulster Grand Prix with 12 victories to his name, the last of which came in 2016 when he won the Centra Whitemountain Supersport race.

The Clerk of the Course at the MCE Ulster Grand Prix, Noel Johnston added: ‘It’s been a bit of a tough year for Bruce so far, but you’d be crazy to bet against him at Dundrod. He can pull a little bit extra out of the bag when he needs to and I think with the extra incentive of the lap record he’ll be in the mix for sure.

“One thing that you can guarantee though is that he’ll be one of the best sounding competitors out there, as between the RC213V-S and the RS250, it’s going to be fantastic for the fans. I can’t wait to see what he can do in every class.”