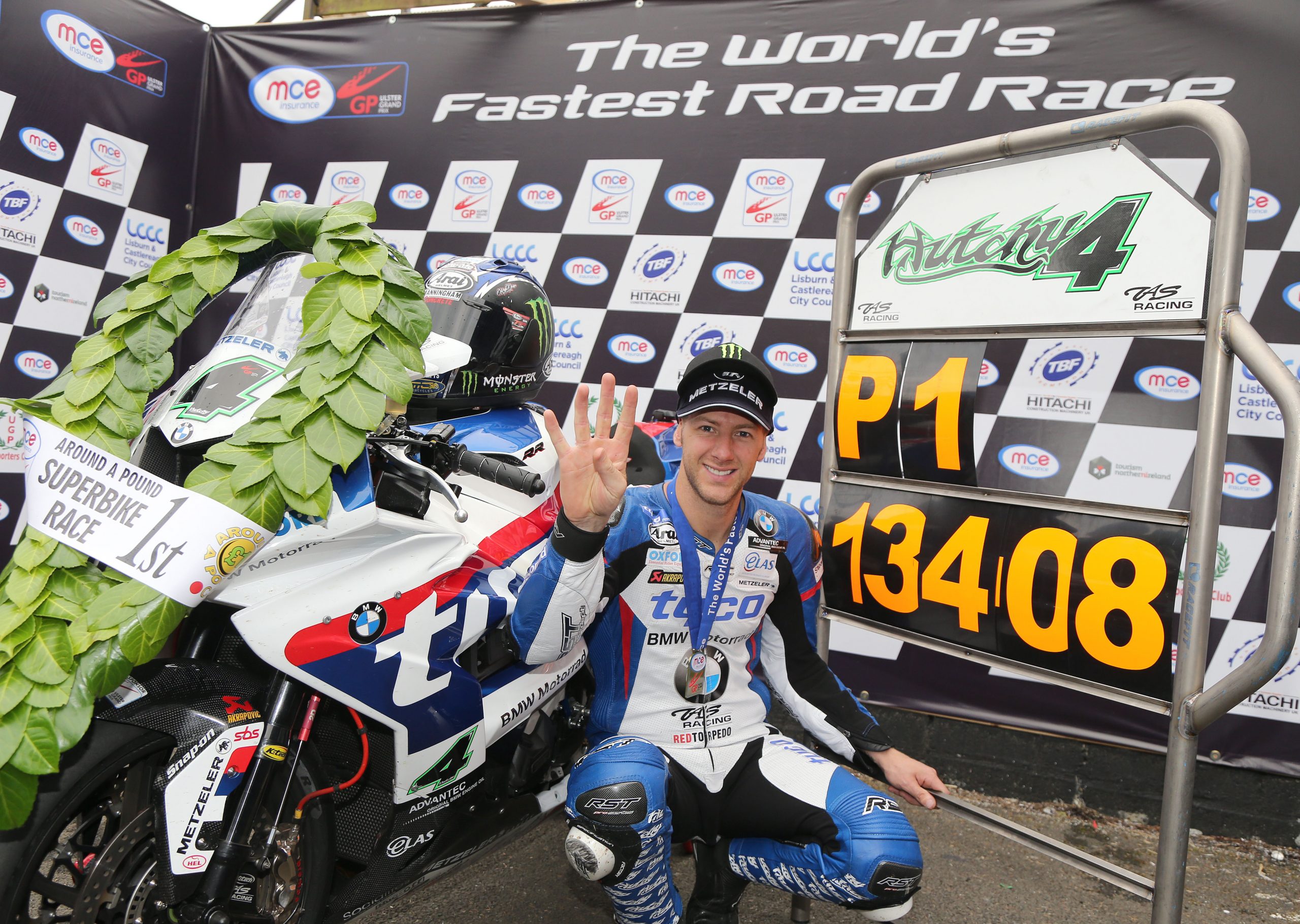 The MCE Insurance Ulster Grand Prix has announced it will host Northern Ireland’s only launch of road racing star Ian Hutchinson’s autobiography on Saturday 3rd December at the new Charles Hurst BMW Motorrad Showroom on the Boucher Road in Belfast.

The record-breaking Yorkshire-man who is the reigning MCE Ulster Grand Prix Man of the Meeting and one of the sport’s biggest stars will be at the event to meet and greet fans and sign copies of his acclaimed new book.

Hutchy will participate in a live Q&A followed by book signings at 10.30am and again at 1.00pm, all fans are welcome to attend.

Noel Johnston, Clerk of the Course at the MCE Ulster Grand Prix said: “We’re proud to be hosting the exclusive Northern Ireland launch of Hutchy’s book, which tells the story of his phenomenal comeback from what would have been a career ending injury for most.

“Ian isn’t most people though, and you need only look at his form at this year’s Ulster to realise that he’s back at the top of his game. It was undoubtedly one of the most thrilling events we’ve seen in recent years, thanks in no small part to four spectacular wins for Hutchy.

“He also took the coveted ‘world’s fastest road racer’ crown from Bruce Anstey, navigating the 7.4 mile Dundrod circuit at a staggering 134.087mph on the final lap of the final superbike race.

“The event on 3rd December will be the first time that local fans get to hear first-hand about those successes and the long road back from injury to the top step of the podium,” he added.

In the summer of 2010, Hutchy set the record for most wins in a single Isle of Man TT festival. Then, at a British Supersport round in September that year he crashed heavily after being struck by another rider’s machine, breaking his left leg so badly that at one stage it was feared it might have to be amputated.

Not just a book for road racing fans, ‘Hutchy: Miracle Man’ tells the tale of one of the greatest comebacks in recent sporting history, and the amazing courage it took to make that journey.

“It’s a unique opportunity to meet one of the world’s greatest road racing stars and with Christmas around the corner, a signed book would make a great gift for fans. This is going to be a really popular event, we look forward to seeing you all there,” he added.

The book is on sale now at most major book retailers and will also be available to purchase at the event on 3rd December.