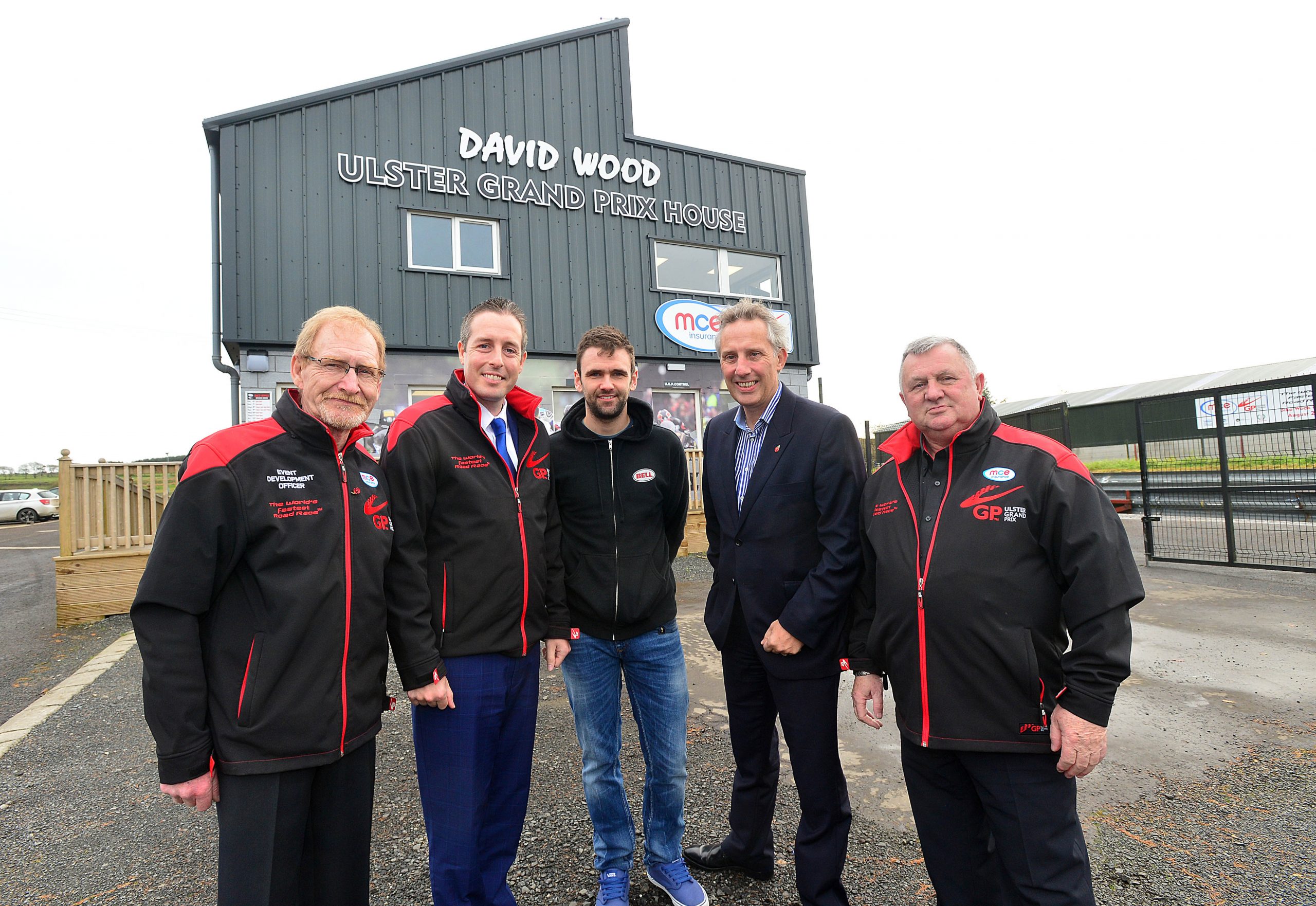 Giving the Minister a tour of the paddock and circuit with an emphasis on potential safety improvements, DDMC Secretary Ken Stewart and Assistant Clerk of the Course Eddie Johnston outlined some key areas for future investment.

Ken Stewart said: “We’d like to thank the Minister, Ian Paisley and also Alderman James Tinsley from Lisburn & Castlereagh City Council for taking time out of their busy diaries for what we feel was a very positive discussion about the future of this important event.

“The MCE UGP is one of Northern Ireland’s leading sporting events, and indeed one of only three international road races in the world. We attract in excess of 50,000 spectators every year, generating a significant local and regional economic impact.

“Over the past 15 years I’d estimate around £700,000 has been invested in safety improvements to the circuit and our challenge now is to find the funding to keep making strides forward.

“The 2016 event has been hailed as one of the best road races in recent history and we have extensive and exciting plans for further development.

“We’re determined to build on that success, securing the future of the MCE Ulster Grand Prix for years to come,” he added.

The Minister added:  “Safety is of paramount importance in road racing and I am always keen to listen to the ideas of organisers of our local races on new ways to make this sport safer for both the riders and spectators alike.  I am committed to working with Ken and his team to ensure that the safety improvements required for the course are put in place.”

The next MCE Ulster Grand Prix will take place between 6th – 12th August 2017 in Dundrod, Co. Antrim. Tickets will be available to purchase soon via Ticketmaster. 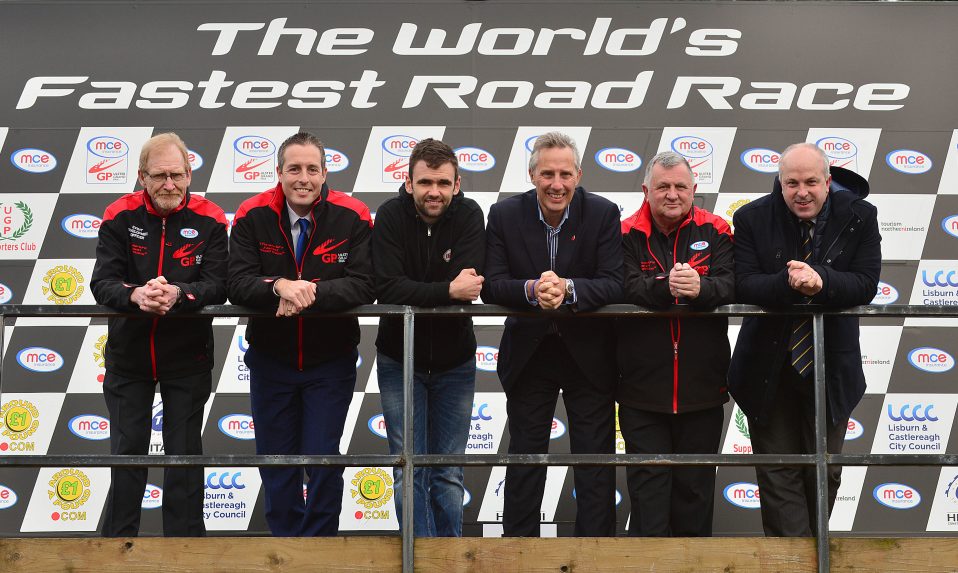