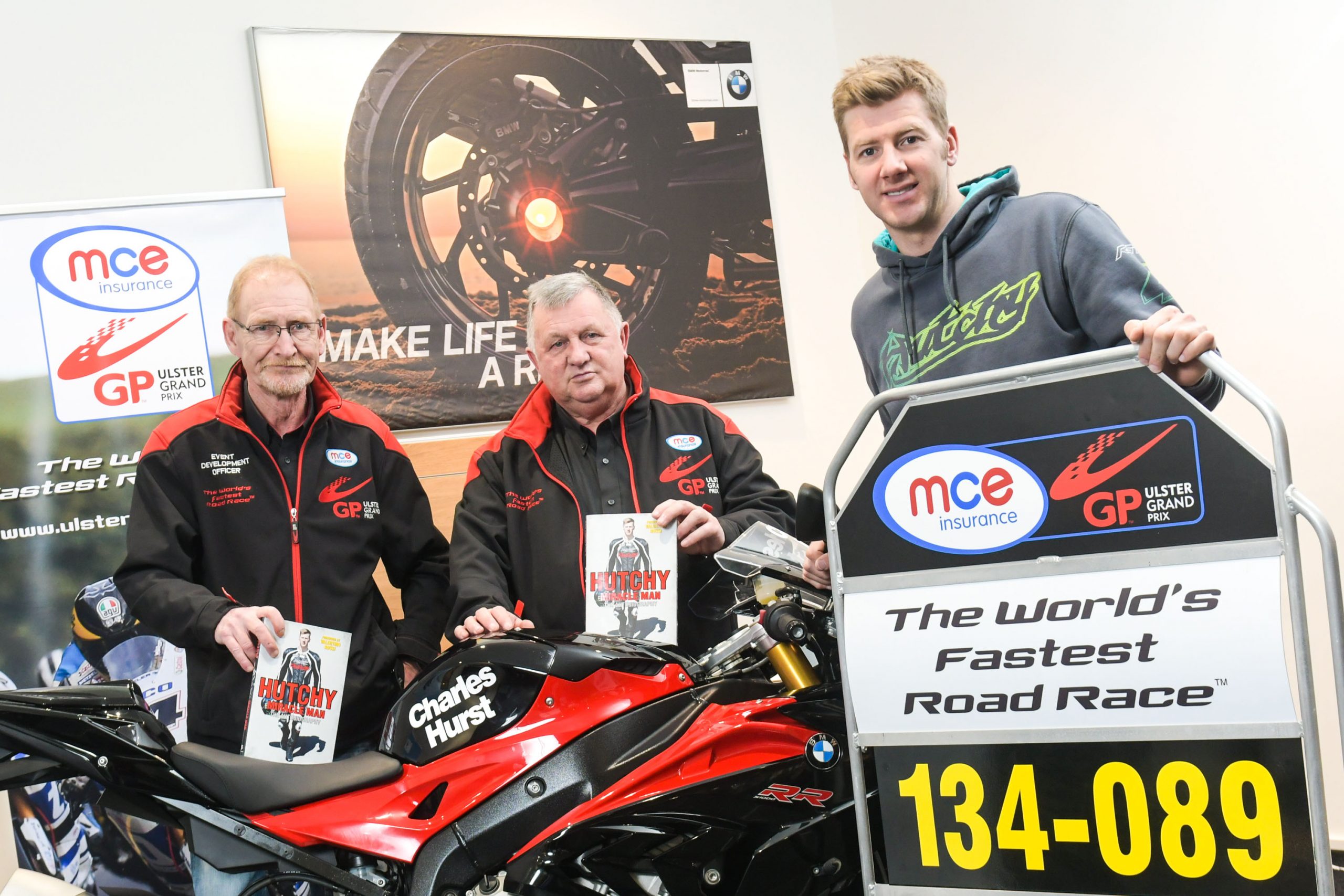 Hundreds of fans turned out to meet the record-breaking Yorkshire man whose podium tally in 2016 culminated with four spectacular wins at Dundrod in August, taking the title of ‘world’s fastest road racer’ with an amazing 134.08 mph final lap on the second superbike race of the day.

Speaking at the event, Hutchy said: “It’s been a really good year, it’d been a while since I’d won at the North West and then the TT went really well with three wins in a week for the second year running. To get a win again for the TAS Racing Team at the Isle of Man – I know how much they strive to win over there and it was nice to be able to do that for them.

“The British Championship has been going really well, at the start of the season I wasn’t even sure how many rounds I’d be doing or if I’d even do the full series and I’ve ended up finishing second in the championship, winning a few races and reaching the podium on every race except one.

“And then on to the Ulster which was just unreal. The weather wasn’t good during the week, I never even did a lap on Wednesday and then did enough just to get myself on the grid on Thursday, going on to win four races on Saturday which was just an amazing end to the year,” he said.

In 2010 Hutchy crashed heavily at a British Supersport round after being struck by another rider’s machine. He broke his left leg so badly that it was feared it would have to be amputated.

His autobiography ‘Hutchy – Miracle Man’ tells the story of his relentless determination and passion, to recover from horrific injury to rise back to the top of his game, some 30 operations later.

When asked how it felt to be the world’s fastest road racer after overcoming such adversity, Hutchy said: “Sometimes it feels a bit strange from where I was for such a long time. I remember coming to watch at the Ulster in 2012 or 2013, I had a frame round my leg, I was on crutches and you feel like no-one cares what you’ve done in the past or who you are or anything when you’re injured. You’re just out, just an old face, so to come back and get the wins and do the fastest lap in the world has been unbelievable.

“Dundrod is a circuit that I love and strangely on race day you always think it’s going to be hard today, but I’ve always had a lot of success round the place and it’s probably my favourite place to race when the weather’s good and my worst when it’s wet.

“No doubt there will be a year where it’s a full day of wet racing and it won’t be my greatest day ever but when the weather’s like that and the crowds are so big, you know, the event needed a day like that. The fans turned out for it and it was great for me to be the one putting such a good show on.

“It’s the constant high speed that makes it different from everywhere else, the circuit is like a short circuit I suppose. The tarmac is smooth all the way around and you’re in fifth gear rather than second and third gear like you are in BSB, so it’s just the thrill of the speed round the place that makes it special.

“How do I top this year? Well obviously I can still do a little bit better, the big aim is to get some superbike wins at the TT. I’m staying with the team for a second year, both my Yamaha 600 team and the TYCO BMW team, it’s only the second time ever that I’ve been with a team for two years running and last time I did that it worked out pretty well so I’m hoping we can go into next year and have a really good go at winning a lot more races.

“It’s been nice to be able to put the book out. I don’t come from a family background of racing so the story goes through how I got into it and some of my success before what happened to my leg, and then what I went through with that. I get a lot of people on social media saying that I’ve helped them get through their injuries so hopefully the book helps with that too.

“In the end it was getting back to success that made me do the book. I’d been asked for a couple of years and I didn’t really feel like I should do a book when I wasn’t successful at the time so to come back and win like I have…it’s been incredible and I’m happy with the book and the response I’ve been getting to it,” he added.

Ken Stewart, Dundrod & District Motorcycle Club said: “Hutchy got a fantastic turnout for his NI book launch, and unsurprising considering his journey and achievements. Thanks must go to Ian for coming along, and to Charles Hurst BMW Motorrad for hosting the event in their showroom.

“The 2016 MCE UGP was one of our best events in recent memory, one for the record books thanks to Hutchy smashing the lap record. The question now is can he hang on to his Man of the Meeting and Fastest Road Racer titles. I’d say that competition will be fiercer than ever next August, which can only be a good thing for the fans,” said Ken. 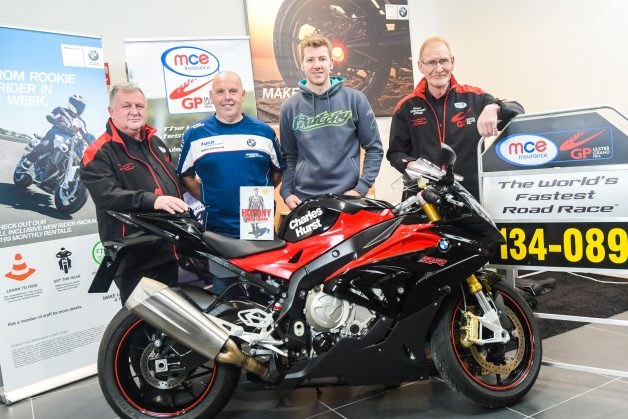