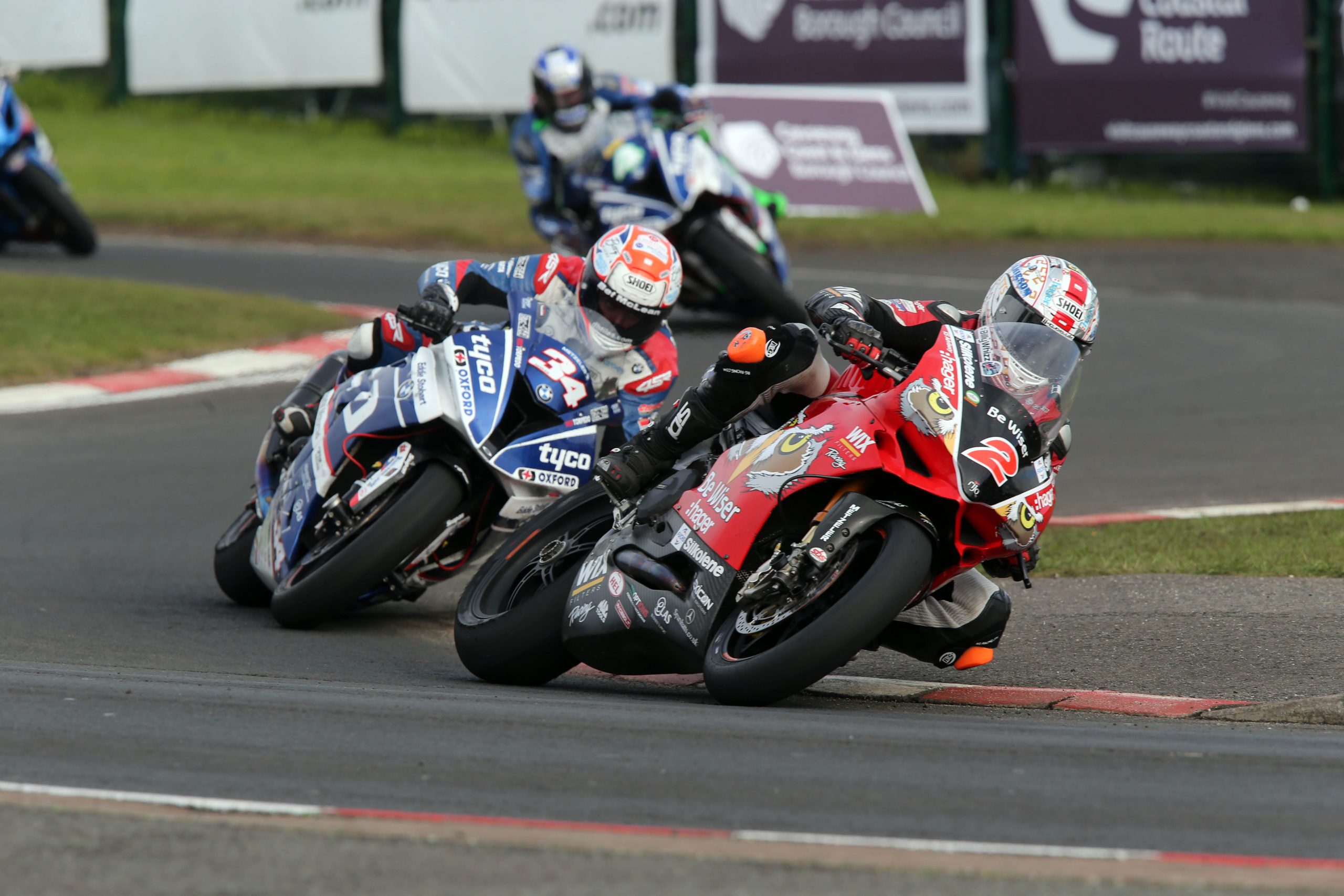 The Clerk of the Course at the MCE Ulster Grand Prix Noel Johnston has admitted that he’d love to see both Glenn Irwin and Alastair Seeley at the famous Dundrod circuit.

Fresh from their thrilling dual at the North West 200, which saw Carrickfergus-man and MCE BSB star Glenn Irwin take his first international road race win, Johnston believes the two riders would create an even tighter competition at Dundrod this August.

Seeley last competed at Dundrod 15 years ago in the 750 Support Race placing fourth, while relative-newcomer Irwin finished second and third in the Supersport class in 2015, in what was only his second year at Dundrod.

Noel Johnston said: “Seeley is a record-breaker at the North West and brought his usual tremendous form to the circuit this year, which makes Glenn’s victory in the feature Superbike race all the more incredible.

“It’s no secret that I’d love to have them both at the Ulster come August; they both expressed an interest last year so I’m hopeful we can make it happen.

“I’ll be working on it over the next few weeks and if we can pull it off, they will certainly add an extra level of excitement to an already-strong Superbike line-up.”

Commenting on the possibility of bringing the 1199 Panigale R to Dundrod, 27-year old Glenn said: “It felt amazing to get my first international road race win earlier this month at the North West.

“It was incredible to experience so much home support and it’d be really cool to bring the Ducati to the world’s fastest road race in August.

“I’ll be very happy if we can make it happen but ultimately it depends on how things are going at the MCE BSB as I fully expect to be in showdown which is around the time of the Ulster, so all things need to be considered,” he added.

Like Irwin, Seeley continues to ply his trade in the British championship, riding the experimental Spirit GP Sport R in the Supersport class.

The 37-year old has already shown strong pace on the new machine this season, which is currently ineligible for points under series rules, but were he to make a return to Dundrod Johnston expects to see him back in more familiar leathers.

“Alastair obviously has a very strong relationship with the Tyco BMW squad. He knows the bikes so well and then when it comes to Supersport, the Gearlink Kawasaki boys he’s had so much success with in the past are no strangers in the Dundrod paddock either. It would be really interesting to have him in the mix in both classes.”