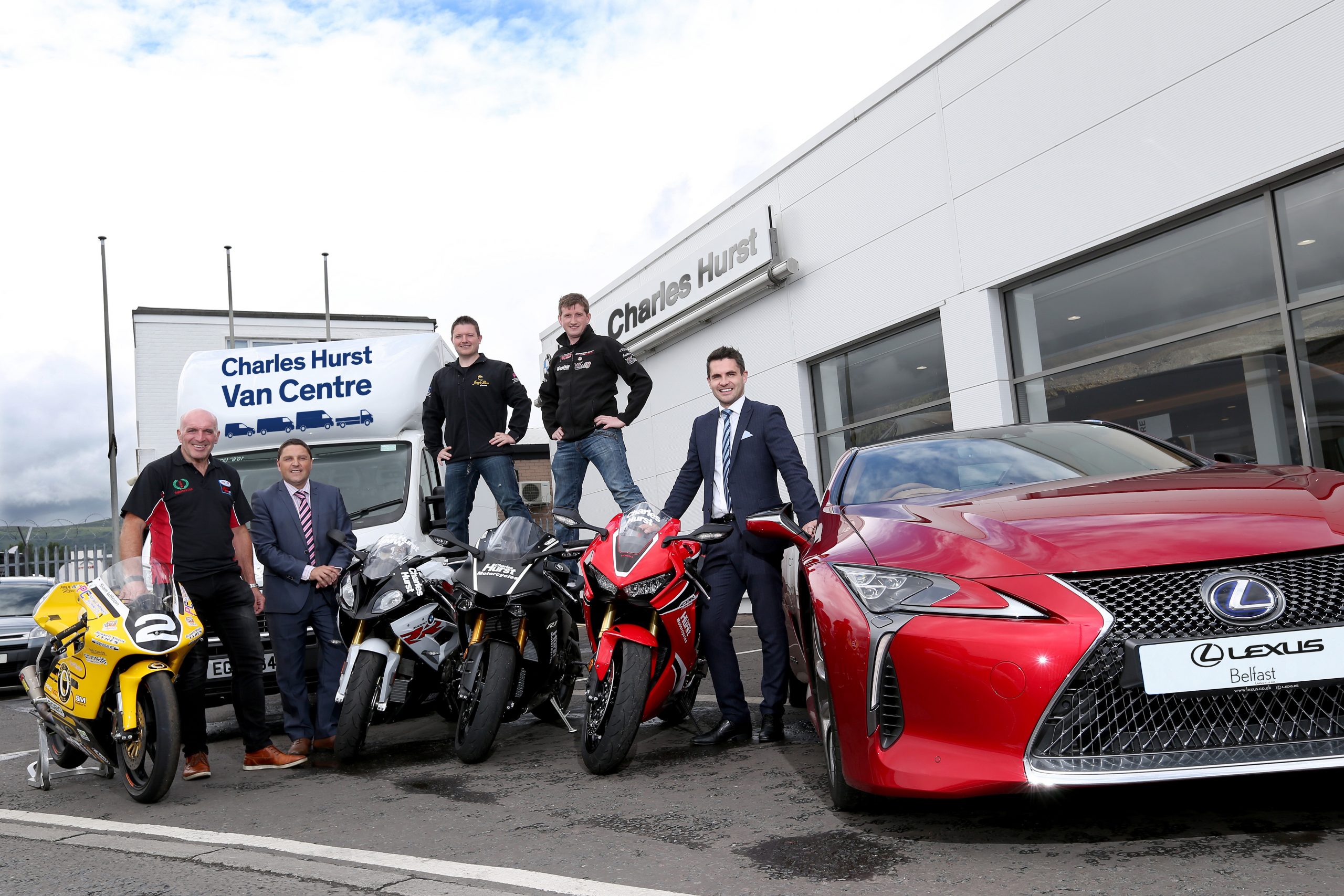 Organisers of the MCE Insurance Ulster Grand Prix have announced a new partnership with Charles Hurst Group, which will see the Group become an event partner while Lexus Belfast & Charles Hurst Van Centre will be the official vehicle suppliers and Charles Hurst Motorcycles will be the title sponsor of the Dundrod 150 national road races.

To celebrate, Charles Hurst will host an exclusive ‘meet the road riders’ event on Monday 26th June at the Charles Hurst BMW Motorrad showroom, from 19.00.

Fans are now invited to register for a ticket by emailing win@ulstergrandprix.net

A line up of world-renowned riders including Michael, William & Gary Dunlop, Peter Hickman, Dean Harrison, Adam McClean, Daley Mathison and Dominic Herbertson, will offer insights into their preparation for the final international road race of the season, in a live interview session hosted by Manx Radio commentator Chris Kinley.

David White, Head of Business, Charles Hurst Motorcycles: “It was an easy decision for us to support the MCE Ulster Grand Prix this year: The standard of racing is at the world-class level as is the specification of the full week’s itinerary of fan-based, engagement and racing events. I know that our customers are just as excited about the partnership, if not more.”

Noel Johnston, Clerk of the Course at the MCE Ulster Grand Prix said “Of course we’re delighted to announce the Charles Hurst Motorcycles Dundrod 150, and the wider partnership with Charles Hurst Group as an overall event partner, and I’d like to thank them for their support and commitment to the MCE UGP.

“I have to say I’m very much looking forward to driving the Lexus RX from now until Bike Week, it’ll certainly look the part closing the roads come 12th August.

“We’re excited too about the event at the Charles Hurst BMW Motorrad showroom, which will showcase what we have in store this August for fans.

“We’re expecting demand for tickets to be extremely high so please be quick to register or you might be disappointed!”

Speaking at Charles Hurst as the new partnership was announced, Gary Dunlop said: “It’s great to see another local company get involved with the Ulster, and supporting the Dundrod 150, which is such an important national road race.

“The team at Dundrod work so hard to make the event happen and I know they couldn’t do it without the support of big companies like Charles Hurst so their input is much appreciated.”

Fans are being urged to register for a chance to receive tickets to the free event by emailing win@ulstergrandprix.net no later than Wednesday 21st June. Tickets are limited and will be allocated on a first come, first served basis. Each ticket admits one person.