Few sponsors have made such a lasting impact on the Ulster Grand Prix as McKinstry Skip Hire. As one of the Leading Waste Management organizations in Northern Ireland they completed three glorious years as Title Sponsors of the Ulster Grand Prix last year and we are thrilled that they have stayed as one of our key race sponsors with the UGP Superbike Race. 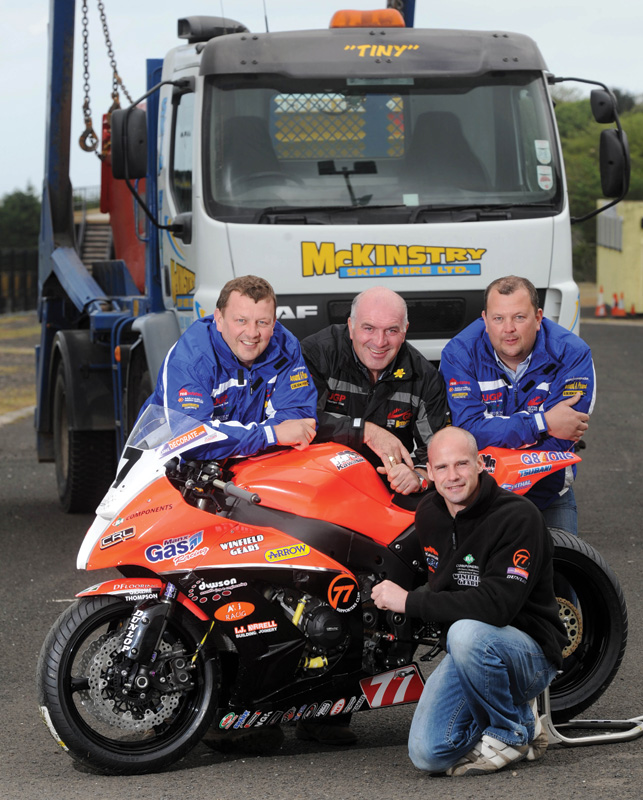 Darren and Mark McKinstry grew up with Dundrod front and centre of their lives as their late father, the enigmatic Albert (Tiny) McKinstry set about a multitude of tasks in improving the Dundrod circuit. He inspired his sons and when the opportunity came to position McKinstry Skip Hire at the heart of the Ulster Grand Prix, the boys were ready and willing. McKinstry’s have consistently, over the past number of years, gone over and above the call of duty to make the Grand Prix Circuit safe and successful – and when we spoke to Mark that’s exactly the type of Grand Prix he had in mind for this week.

As sponsors of the very best riders, their association with legends such as the outstanding Michael Dunlop, Ian Hutchinson (5 times TT winner), the late Nick Lofthouse and Gary Dickinson (former British 125 champion) is well documented. Bruce Anstey who they introduced to Dundrod on a 600 cc machine winning the Dundrod 150, in his inaugural year, ahead of Adrian Archibald is one which lives long in the memory and brought a huge smile to “Tiny” McKinstry.

So McKinstry Skip Hire’s long association with the Ulster Grand Prix continues.
Most importantly we want to offer huge thanks publicly for the past three years as Title Sponsors and the many preceding years back to when “Tiny” began the Mckinstry dynasty.

Long may it continue.