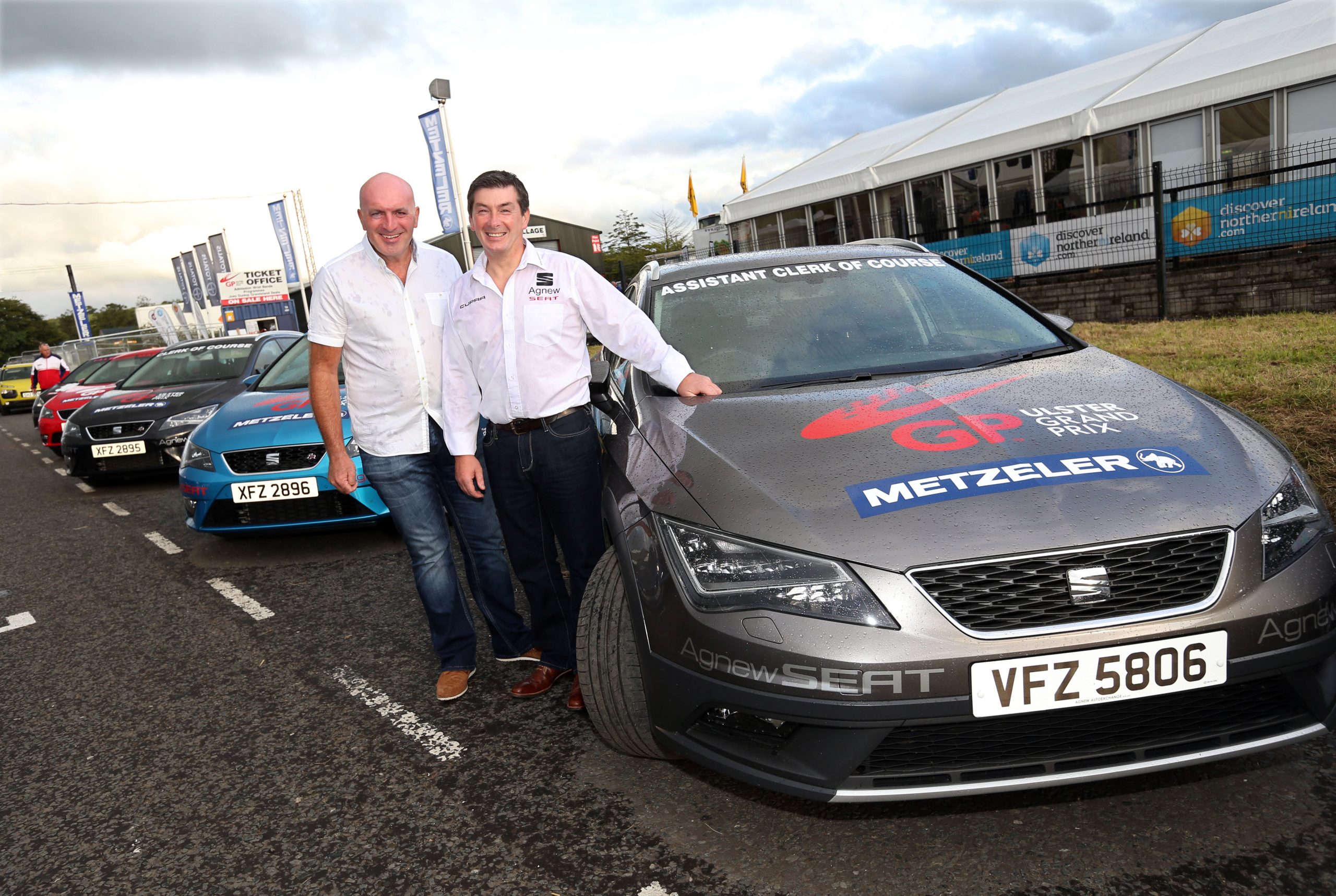 NORTHERN Ireland’s largest SEAT dealer, Agnew SEAT has once again been announced as the official car supplier to the Metzeler Ulster Grand Prix.

The car dealership, based on the Boucher Road, has supplied a fleet of six safety cars for race officials and marshals for use throughout Bike Week.

Glenn Rankin, Sales Support for Agnew SEAT said: “We are delighted to be on board as the official car supplier again this year. It’s great to have the ‘world’s fastest road race’ here on our doorstep and we are very proud to support it.

“Attracting over 50,000 race fans throughout bike week, the event provides an excellent platform for us to showcase the latest SEAT range. In particular, we are excited to have the brand new Ibiza, which is due to launch in September, in the paddock throughout Bike Week.

“On behalf of everyone at Agnew SEAT, I would like to wish all of the competitors at the Dundrod 150 and the Metzeler Ulster Grand Prix a safe and successful race week.”