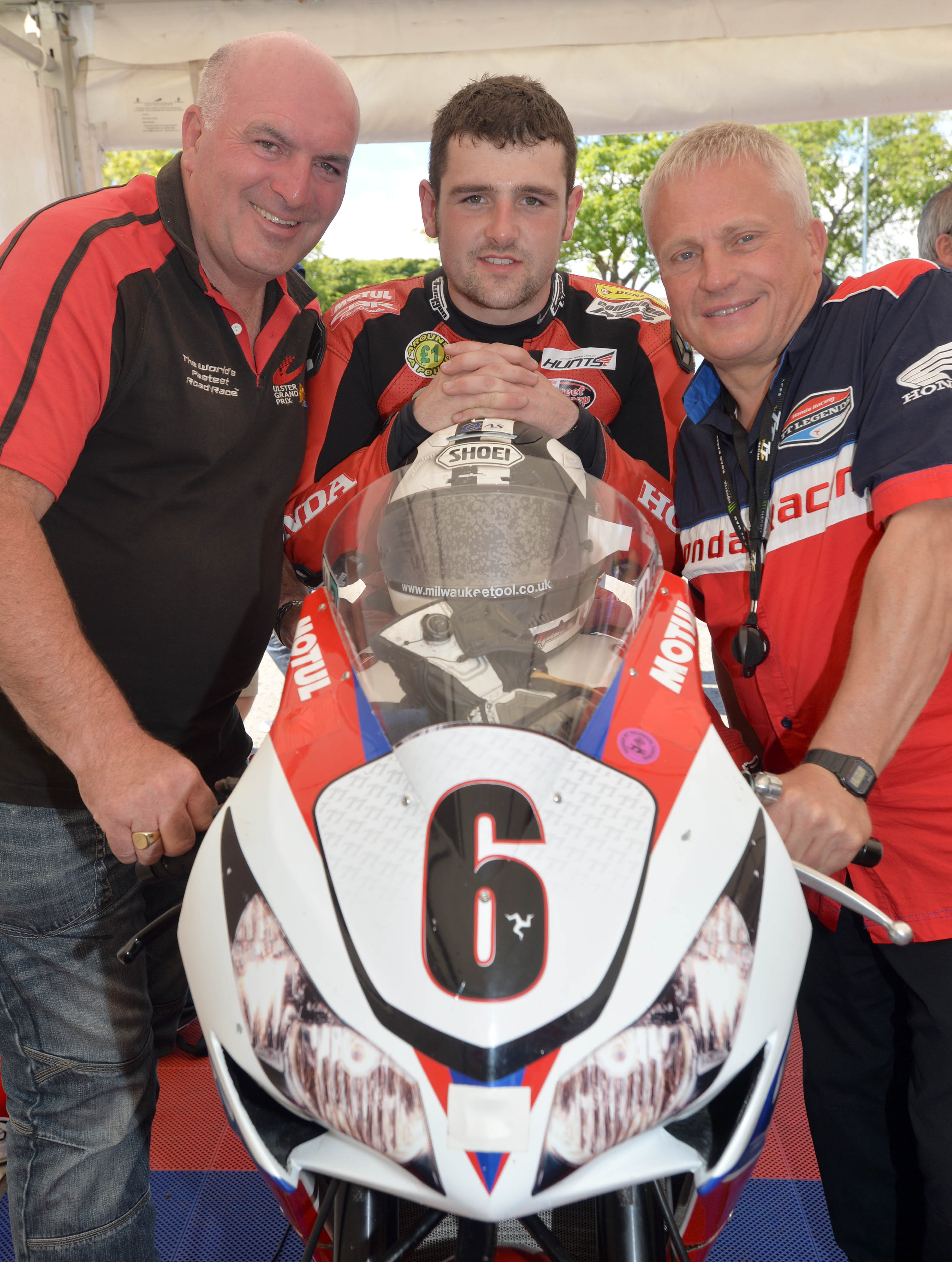 Four-time winner at last week’s Isle of Man TT, Michael Dunlop, has announced that he will bring the Honda TT Legends Fireblade that he rode to victory in the Superbike TT to the Metzeler Ulster Grand Prix between 12th – 17th August. Originally contracted to race the special Honda at just the North West 200 and the TT, the Ballymoney man will give his home fans a special treat when he brings the factory prepared bike to the fast flowing sweeps of the 7.4 mile Dundrod circuit.

“I’m looking forward to racing at the Ulster on the Honda TT Legends superbike,” 24 year old Dunlop confirmed. “We’ve done a lot of work on the bike during the NW200 and the TT and we’re in a good position now.

“It rode lovely at the TT and we obviously brought home a win there so it would be good to do the same at the Ulster.”

Honda race team boss Neil Tuxworth explained that the whole squad, including Senior TT winner John McGuinness, couldn’t be at the Ulster because it clashes with a round of the Endurance World Championship – the Oschersleben 8 Hour race in Germany – but he said he was happy to see Michael race in the team’s colours at Dundrod.

“We know that Michael will do a great job in representing the TT Legends. He’s had success at the Ulster GP in the past with six wins under his belt, so we wish him the best of luck and we’ll be cheering him on from Germany,” said Neil.

The Ballymoney youngster added his name to the TT history books when he won the Superbike race on a Honda on the 30th anniversary of his uncle Joey’s first win on the Island for the Japanese factory. Joey went on to win the Formula One race at the Ulster in ’83.

“Michael was sensational at the TT and it is great news for race fans that he will be at Dundrod on the Legends superbike,” said Ulster Grand Prix Clerk of the Course Noel Johnston.

“This will give every Irish road race fan a chance to see Michael aboard the machine he won his first big bike TT on and join in the celebrations.”

Michael dominated at Dundrod last August, taking a double in the Superstock and Superbike races. He will be chasing down Bruce Anstey’s 2010 133.977 mph lap record that established the Ulster as the world’s fastest road race and will start as one of the favourites to take a win in one of the three Superbike races held on Thursday and Saturday as part of the Race Week festival.