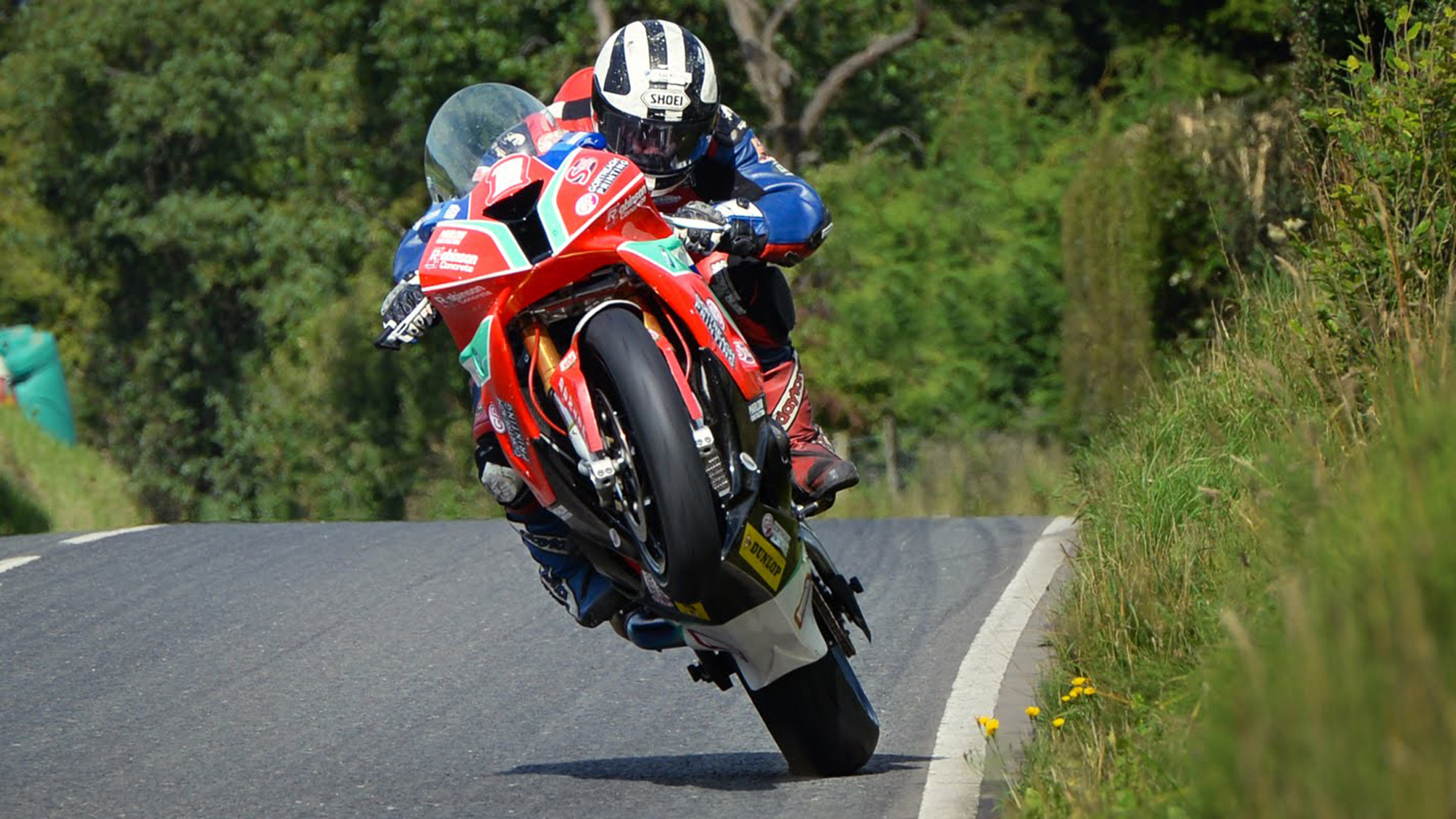 In his latest article for the UGP website, Peter Moore takes a closer look into the mindset of modern road racers.

In my first article for the Ulster Grand Prix I posed a question: “What makes a man want to race a machine at speeds of 200mph on closed public roads, the ‘furniture’ only inches away?”

It is a question I never truly answered. I am no road racer, but I think it is worthwhile to try and get into the mindset of these modern day heroes, it is why the fans stand at the trackside and in the fields, often in torrential rain, our loyalty, passion and enthusiasm unaffected by the sometimes relentless weather conditions (our logic, seemingly, impaired!).

Motorsport is a wide umbrella, and one is either ‘into’ it or not. But why? I am, for example, not really a fan of football – it seems to me that rolling around and diving are far too prevalent and the whining by players about “pressures of the game” seem to override the questionable and sometimes abhorrent off-field behaviour and multi-million pound salaries. In other words, the purity has been lost and the players seem pampered, cosseted and over-indulged.

This is a complete contrast to road racers, most BSB or domestic series bike racers or even lower Formula single-seat racers, where the graft is constant and the dangers of their respective sports genuinely life-threatening.

Road racers perhaps highlight this even more starkly, as most have ‘normal’ jobs to pay the bills; racing is a side-line for which they self-fund and have a never-ending task of searching for sponsorship, no matter how small it might be. That, in itself, is dedication and a fight to engage their passion.

Part of motorsport’s appeal is the sheer level of skill; for example, as well as driving a car that is usually sliding wildly, a rally driver is reputed to take in more information per second than a fighter jet pilot.

We regularly watch road-racers sliding bikes into corners, inches away from kerbs, each other and additional detritus. I think we all like to fantasise that we could do it, we aspire to the ability to do it, but deep down we know any attempt would, but for sheer luck, probably go horribly wrong!

If one compares the money involved, (e.g., Formula 1, World Endurance Championship, MotoGP) the disparity between the so-called ‘pinnacles’ of motorsport and the road racing circuit is so eye watering it is almost incomprehensible.

Road-racers aren’t doing it for the money that much is clear, so why do they do it? In an interview in 2014, Murray Walker said: “If motorcycle racing was not at all dangerous, I suspect that most of them would not do it. It is the challenge of facing up to danger and overcoming it that attracts them. There is some sort of enormous spiritual satisfaction out of controlling an enormously powerful bit of machinery on the knife edge between safety and disaster.” (Murray Walker, 2014).

When I first rode a bike I felt alive, more alive than I had in years, and every time I sling my leg over the bike the feeling never seems to change. It is an escape from dreary ‘everyday’ life.
If this is simply riding a bike on the road, I cannot imagine what racing them must feel like. Racing on the roads, a greater challenge than racing on a track, must amplify this even further and is, perhaps, an ultimate excitement in an ever increasingly sanitised age.

But there is a price to pay, sometimes the ultimate price. This is the juxtaposition that many – usually those that don’t ride bikes – can’t seem to align or understand.

John McGuinness said: “It’s a fine art, if it goes wrong you’re going to get hurt or even worse. From the outside it looks insane…you know…what are these people doing? But when you’re on the bike you feel in control.” (John McGuinness, 2014).

Belief in one’s own ability is vital, perhaps road racing is the ultimate test of this belief. If it is about pushing the limits, then surely a big part of this is ‘getting away with it’. After all, a crash might not be a rider’s mistake; there could be a tyre or machine failure or another rider could collide or spill oil onto the track.

The sheer force of will to overcome fears and the illogical speeds is what separates the mere ordinary from the extraordinary. Whether you race bikes or simply ride them, they get into the blood and once there are impossible to extradite. We all become slaves to them and the lure they offer, racing them was, maybe, the inevitable next step.

“It is in the nature of road racing where tragedy is inevitable. But there is always the possibility…the hope of euphoria.” (‘Road’, 2014).